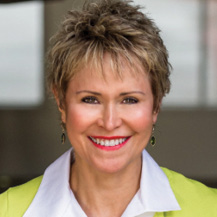 When was the last time you had a disagreement, an argument, or a big fight with your spouse or partner? Was it the same ongoing disagreement you’ve had over and over?

Marriage researcher John Gottman found that in the first three minutes of a disagreement, you can tell how it will end, no matter how long the argument goes on.

What do I mean by a negative note? You start the conversation by saying something critical, sarcastic, or insulting.

Duh, this isn’t hard to understand. And it’s not a new research finding.

So why do we keep doing it? What makes otherwise intelligent, accomplished partners routinely begin their interactions with what Gottman calls the harsh startup — inevitably followed by an unhappy ending?

Based on what I witness in my work every day with couples, as well as my “personal” research with arguments, here are some things I’ve noticed:

What if you grew up in a household like mine, where sarcasm was the norm? I was in my early thirties with a BS in psychology well behind me before I realized there was anything wrong with communication laced with sarcasm. I just thought it was being funny

I doubt most of us start by intentionally saying something insulting to our partner. But the more frustrated we get when we’re not heard, and the more the problematic behavior continues, the more “direct” we tend to get. I tried being nice about this, and it’s not working. What does it take to get through to you?

Our righteous indignation kicks in, and we suddenly have license to say just about anything.

3. You don’t know the difference between a complaint and a criticism.

I realized this big time when I routinely started giving my clients a Gottman quiz entitled Complaint, Criticism, or Contempt: Do you know the difference? I shouldn’t have been so stunned to see how many successful, savvy people score low on this seemingly simple quiz.

Nowadays, I’m stunned by how complaining well quickly clears the air about dumb stuff we argue about.

Knowing how to complain well is one of the best things you can do for your marriage.

Here’s why: Silent judgment corrodes your connection with your partner.

“A relationship can actually be strengthened because embedded in the complaint is the message that the complaining partner wants the relationship to get back on course so it can continue,” according to Gottman.

Even if you buy into what Dr. Gottman and I are saying, there’s still a problem. Our brains aren’t wired to value long-term gains as much as short-term gains — how something feels now, in the moment.

When we bring up something that may rock our relationship boat, it feels risky, and that doesn’t feel good to our physiology. No wonder most of us would do about anything to avoid those rocky conversations.

So how do you convince your pleasure-seeking brain to do this counterintuitive, uncomfortable thing?

Fortunately, our survival-minded, pleasure-seeking brains are also hard-wired for connection with others. Close, intimate relationships with others. Like the one you want to have with your partner.

There’s a catch to this need for connection, and it’s one of the most annoying parts of our human condition: If you want closeness, some conflict comes with the package. That’s the deal.

The good news is that you don’t have to like this reality to get good at dealing with it.

And there are some slick, simple ways to get skillful at complaining well.

The difference between complaining well and criticizing is tricky.

That’s because it’s a very short hop from a complaint to a criticism. Some of your complaints may go unheeded because you unknowingly express them as criticism.

In other words, part of the problem may be that the way you complain sucks. Let’s face it — criticism comes pretty easily to many of us. Learning to complain well will require some tweaking on your part.

Play around with this now and see for yourself. Which one of these statements feels better to you? A or B?

A) You never say I love you anymore.

A) You never initiate sex with me anymore.

B) You used to initiate sex with me. I miss that. See what I mean?

The beauty of complaining well is that it focuses on specific behaviors.

Criticism tends to be personal. It’s usually a statement about your character or personality, not a complimentary one. You’re the type of person who always finds fault.

Complaining well is not a personal attack. That’s why your partner is less likely to get defensive and more likely to hear you. It will help if you give me credit when I get it right.

To complain well, start with the first words out of your mouth.

1. There’s something about leading with the word “you” that tends to put people on the defensive.

If you want to stir the pot, start a complaint with you and link it with words like never, always, should, or why. Then envision yourself throwing gasoline on a fire. You’re always so negative. Why do you always jump to conclusions? You never consider my feelings

Can you see how these criticisms feel personal, like there’s something wrong with you, with who you are as a person? You should stop being so insecure. You always put yourself first.

It’s not that you have to eliminate the word you entirely from your complaints. Just don’t make you the first word out of your mouth, especially when you’re upset. Not only will your partner be less reactive, but it can also help you calm yourself down.

So what do you say instead?

2. There’s something about leading with the word “I feel” that feels vulnerable.

You may have been told to lead with I feel ___ when you ___. If you’re comfortable with that, go for it. I’m upset that you didn’t talk to me about this first. I feel hurt when you don’t make time for me.

But I’ve noticed something. Leading with I may make you feel a bit too vulnerable. Especially when there’s strong feeling attached to it.

Leading with I may be received just fine by your partner. The problem is that you may feel too vulnerable to say it that way. I’m afraid you don’t love me anymore. I’m worried about how much money you’re spending. I’m really angry that you started smoking again.

Here are some alternatives when leading with I feel is way too uncomfortable for you:

But don’t take my word for it — experiment with complaining well and see for yourself what happens. See if your next “discussion” ends better!