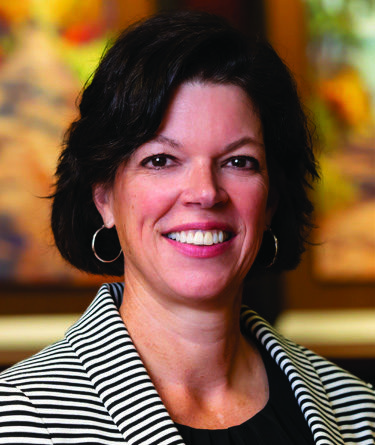 “I am honored to lead such a wonderful team and am excited about expanding my role beyond operations to focus on strategic initiatives, growth, and partnerships with health care providers within the communities we serve,” Jones said. “One focus will be expanding access to quality care even further, particularly through primary care providers within our Medical Group.”

A native of London, Jones is a graduate of Transylvania University with a BA in business administration with an emphasis in accounting. She earned an MBA with an emphasis in health care from Bellevue University in Omaha, Nebraska. She is a certified public accountant, a certified medical practice executive and a member of the Medical Group Management Association and American Medical Group Association.

Mandviwala was selected as the overall Physician of the Year among all physicians recognized by CHI Saint Joseph Health.

“Dr. Myers is very deserving of the physician of the year award,” said one of his colleagues. “He is known for his collaborative nature and wealth of radiology knowledge, is well respected by the medical staff and works very closely with our imaging technologists to assure the best care for our patients. On top of his very busy schedule, he performs numerous invasive procedures each week with skillful hands.”

“Dr. Hardy is an asset to health care in the Berea community,” said a colleague who nominated him. “In his clinical practice setting, he provides excellent care to all of his patients. At Saint Joseph Berea, he provides coverage as a hospitalist on evenings and weekends. He also demonstrates our CommonSpirit core values in his interactions with everyone – both the patients he cares for and the nursing and ancillary staff he works alongside. He is well regarded by Saint Joseph Berea’s medical staff, as well as the hospital staff. You never see him without a smile – it is a pleasure and a privilege to serve alongside Dr. Hardy in Saint Joseph Berea’s health care ministry.”

The leadless pacemaker is a small self-contained device implanted directly into the heart muscle. Traditional pacemakers require an external generator placed under the skin in the upper chest connected to leads, which are flexible insulated wires placed in the chamber of the heart. The device, about one-tenth the size of a traditional pacemaker, eliminates the need for wires, which can break or malfunction and create potential for infection.

“Some patients don’t qualify for the older pacemakers,” Abe says. “The new leadless pacemaker can help patients who have had infections with a previous pacemaker or those whose veins are occluded. These patients may have been eligible for a pacemaker, but we had no way to implant it, other than through open heart surgery. This new leadless device opens up a whole new option for treatment for these patients.”

The procedure to implant a leadless pacemaker takes about 45 minutes, about half the time to install a traditional pacemaker. The device is installed using a catheter inserted into the femoral vein through the groin. Patients are typically able to go home after about six hours.

Officers Announced for Lexington Clinic’s 2022 Board of Directors

LEXINGTON Lexington Clinic announced new directors for 2022. They are:

After first being diagnosed with breast cancer in 2007, Lara was given a box of scarves with a note that read, “You can do this.” After her treatment, she then passed the same scarves on to another woman with words of encouragement. Hope Scarves was born.

Since its founding in 2012, Hope Scarves has sent more than 20,000 scarves to people, in every state and 29 countries, who are facing more than 90 different types of cancer. With the news of Lara’s metastatic diagnosis in 2014, Hope Scarves has also raised over $1.5 million to further metastatic breast cancer research. Lara continued inspiring others through A Hopeful Life, an extension of Hope Scarves, where she shared her journey through blog posts, a podcast, and more. In December 2021, she was named the “L’Oreal Paris Woman of Worth” by the cosmetics giant for her philanthropic work and service.

More information on Hope Scarves is at www.hopescarves.org