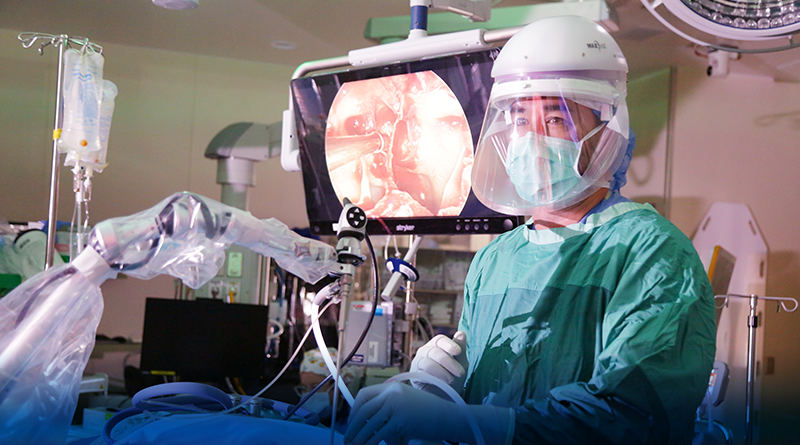 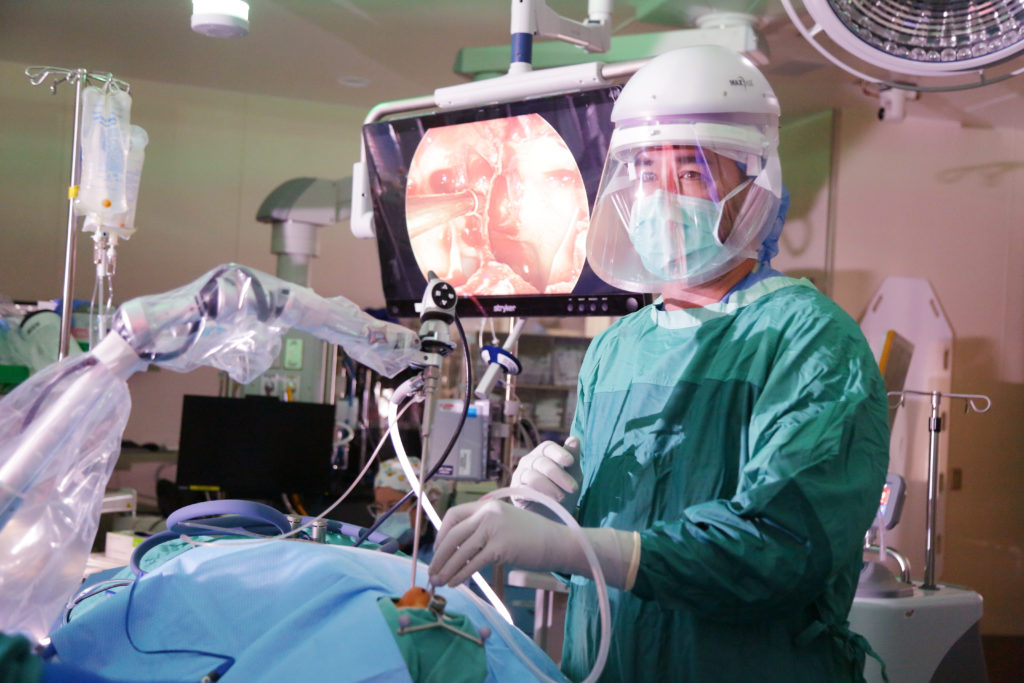 LOUISVILLE Many times in life we are advised to have a “Plan B” – an option in case Plan A fails. For David Sun, MD, PhD, a neurosurgeon at Norton Neuroscience Institute in Louisville, there was always just one plan. Plan B simply read: “See Plan A.”

“I firmly believe that as a neurosurgeon, based on the nature of the job and the commitment to the job, that if you’re not passionate about it, you just can’t do it,” says Sun, who is also the executive medical director for the Norton Neuroscience Institute. “When I interact with medical students today that are interested in neurosurgery, I always will ask them, ‘What’s your plan B if you can’t do neurosurgery?’ And when they give me an answer, I immediately will say, ‘You may be better off just going to do that now,’ because for me as a neurosurgeon, it was, ‘That’s my Plan A. That’s my Plan B. That’s my Plan C. If I’m not going to do that, I probably am not going to be in the field of medicine.’”

Perhaps partially influenced by his father who is a retired surgeon and his mother who is a nurse practitioner, Sun began to develop his plan as early as middle school. He was very interested in the brain, and he saw the passion that his father had for his career.

“At that young age I made the connection that if I love all these things related to the brain, and my dad loves his job as a general surgeon, I’ll become a brain surgeon,” says Sun, who grew up in Pennsville, New Jersey. “I had no idea at the time that was actually going to be what happened.”

Implementation of Plan A began at the University of Pennsylvania where he studied biomedical engineering. From there, he attended the Medical College of Virginia before performing his internship, residency, and fellowship at Vanderbilt. He received his PhD in neuroscience, studying how brain injuries and strokes can lead to seizures and epilepsy.

“What I use every single day is a brain that was trained by my biomedical engineering background, and it was trained by my graduate scientific background to look at problems a specific way,” he says. “A neurosurgeon who had an undergraduate degree in biology or an undergraduate degree in history and then went to medical school may just look at a problem slightly differently than the way my brain is trained to look at a problem. And it doesn’t mean in any way, shape, or form that one way is better than the other. It’s just different. All that training informs the way that I look at all kinds of problems.”

The Path to Norton Neuroscience Institute

Sun brought his problem-solving training skills to the Norton Neuroscience Institute in 2010, when the group was in its infancy behind chairman Chris Shields, MD, whom Sun credits with having “the vision of neurosurgeons, neurologists, neuropsychologists, therapists all working in this collaborative fashion.”

The Norton Neuroscience Institute has a number of subspecialists, including neurosurgeons who focus specifically on degenerative neck and back pain, and others who focus specifically on cerebral aneurysms or vascular problems such as strokes. Sun’s particular focus is cranial neurosurgery, in which he treats patients with tumors in the brain, pituitary, and spinal cord. He also treats patients with medically refractory epilepsy.

A typical week for Sun begins on Monday meeting with other members of the Norton Neuroscience Institute, including neuro-oncologists, neurosurgeons, radiation oncologists, neuro-pathologists, neuro-radiologists, physical therapists, and cognitive speech therapists, to discuss the patients and determine the next step in their care plans. After that meeting, those same personnel hold a brain tumor center clinic in which they meet jointly with patients.

Tuesdays through Thursdays are typically surgery days for Sun, and on Fridays he returns to the clinic to see cases pertaining primarily to general cranial neurosurgery, such as epilepsy and hydrocephalus.

Sun says that the Norton Neuroscience Institute office space was intentionally and uniquely designed to maximize communication and to enhance the patients’ overall care and comfort.

“We really wanted to create an experience for patients,” Sun says, noting that every detail was important, including the lighting and artwork. “We wanted patients to feel like they were in a place where the doctors and nurses and staff members who were going to care for them were truly dedicated and passionate about neuroscience care. We wanted to create a patient experience.”

In addition to the patients’ comfort level, the building is designed to enable effective communication and collaboration among the various healthcare professionals.

“To collaborate, you have to have open doors,” Sun says. “We wanted to create the space in such a way that the neurosurgeons, and the neurologists, and the neuropsychologists, and the therapists were all in the same space. Collaborative conversations can’t easily happen across buildings or across separate floors in a building space.”

Sun believes this model should and will become the new standard for medical facilities.

“I passionately believe in the new model where all those doctors are sitting together, and they’re talking to each other, and they’re brainstorming, and they’re problem solving together as a team,” Sun says. “More eyes on the prize. More backgrounds and perspectives taking one person’s problem and developing an individualized care plan for that particular patient. That is what we’re trying to accomplish.”

Greg Cooper, MD, PhD, is chief of adult neurology and director of the Memory Center at Norton Neuroscience Institute.

While Cooper focuses on the care and treatment of individuals with Alzheimer’s disease and related disorders, he has been active in research, serving as principal investigator on a number of clinical trials. He also has a strong interest in education and caregiver support.

“I came to the Norton Neuroscience Institute to create and be part of an outstanding multidisciplinary memory disorders program to provide the highest possible level of care for patients with Alzheimer’s disease and related disorders and for their families. We intend to leverage the considerable commitment and resources of Norton Healthcare to be a resource for our entire region,” says Cooper.

Cooper says he was drawn to Norton Neuroscience Institute by the commitment to the highest quality, subspecialty neurological and neurosurgical care. “The level of collegiality is remarkable, and the opportunity for collaboration has become even greater with our move into the new Brownsboro facility. When patients come to us, they don’t just benefit from the expertise of one clinician, but from an entire team,” says Cooper.

Cooper emphasizes that as the Norton Neuroscience Institute continues to recruit and grow, they now have increased access for new patient appointments, with relatively short wait times for most subspecialties. “We continue to recruit to better meet the needs of Kentucky and Southern Indiana, and expect our access to continue to improve,” says Cooper.

“Since joining Norton Neuroscience Institute, I’ve come to realize that it is one of the best kept secrets in the region. I hope to communicate to the rest of the world the remarkable talent and resources we have here.”

Ambica Tumkur, MD, is a neurologist and director of epilepsy at Norton Neuroscience Institute. She affirms that for patients with neurologic conditions, “Having all of their care in one location shows the patients that we truly work together as a team. We are in constant contact with our neurosurgical colleagues, and we are easily able to discuss the best care and management for the patients we share,” says Tumkur.

Tumkur also says that the collegial and family atmosphere at Norton Neuroscience Institute allows staff to “work together to grow the program and provide the best treatment opportunities and care for the patients we serve.”

Before joining the Norton Neuroscience Institute, Tumkur did a fellowship in clinical neurophysiology at Emory University, following her internship in internal medicine and her residency in neurology at Duke University. Tumkur received her medical degree from the University of Kentucky College of Medicine.

In addition to the big-picture aspects of his position as the institute’s medical director, Sun is acutely dialed into the daily care and treatment of his patients. One of the conditions he frequently treats is epilepsy, which affects people of all ages. Roughly one-third of all epilepsy patients are drug resistant, meaning their seizures cannot be controlled medically. Sun says any patient who has tried two medications without success should be evaluated in a comprehensive epilepsy center such as the Norton Neuroscience Institute, which is level four accredited.

“When I got here 11 years ago, the first thing I said is, ‘I don’t want a single patient in Kentucky to feel like they need to leave Louisville to get comprehensive quality neuroscience care,’” Sun says. “I want them to know that they can have it at home.”

Every patient is evaluated to determine if they are a candidate for surgery, and the risks and benefits are discussed openly. When the surgery is warranted and successful, Sun says it is one of the most rewarding experiences he has.

“I could see a patient six months after their surgery, and whereas they weren’t allowed to drive a car for the past 20 years, they’re now driving a car,” he says. “They weren’t able to go back to college or go back to school because of their seizures or they weren’t able to work, and now they’re able to do those things and they’ve gained this level of independence. When I see those patients I will get goosebumps on my arms, every single time.”

The surgery is performed with the assistance of robotic guidance, which allows precise placement of electrodes in the brain via tiny incisions that Sun describes “as small as a strand of spaghetti before you throw it in the pot.” The result is less tissue damage and a much quicker recovery.

In addition to not discriminating by age, epilepsy does not discriminate by race, gender, or socio-economic status. Neither do other neurological disorders. Yet, Sun is well aware that the access to the type of care needed to treat these conditions may not be equally accessible to everyone.

“Neurological conditions do not necessarily declare gender, race, or socioeconomic biases, but the access to care and the ability to care for those patients certainly suffer from it,” Sun says. “We’re very cognizant of that and we want to continue to develop care models and care plans that will give access to all patients in Kentucky and Southern Indiana.”

The goal is for everyone to have equal access and to be treated with the same level of care and expertise. Sun says that simply comes down to doing what he was trained to do – treat every patient like they are a member of his family.

“I’m never going to recommend a procedure to a patient that I wouldn’t recommend for my own loved ones. And I’m never going to go into the operating room and operate on a patient without the passion, diligence, concentration, and effort that I would have if I was actually operating on my own loved one,” says Sun. “I tell my patients, ‘Whether you like it or not, you’re now part of the family.’ “

Sounds like a pretty good plan. Let’s call it Plan A … and there is no Plan B. 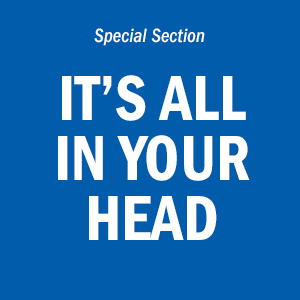