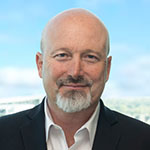 LEXINGTON This year marks the 50th anniversary of President Nixon’s “War on Cancer.”

By 2030, cancer is expected to overtake cardiovascular disease as the number one killer in the nation and worldwide. While bright spots on the oncology front, including immunotherapy and the promise of CAR-T cell therapy, are helping to improve survival and prolong life, the bulk of reduction in the overall cancer mortality rate has been because of single cancer screenings as recommended by the USPSTF as well as through reductions in smoking. Suboptimal compliance with single cancer screenings — tragically low with low-dose CT screening for lung cancer — add to our current challenge to save more lives from cancer.

Unfortunately, current screenings do not cover the cancer types responsible for two thirds of all cancer cases and three quarters of all cancer deaths. Seventy-one percent of cancer deaths occur in cancers with no recommended screenings. Rather than being identified while asymptomatic, they usually are diagnosed clinically when the patient presents with symptoms, frequently in advanced stages. Developing effective single cancer screenings for the many cancers not included in USPSTF A, B, or C (s) recommendations is neither practical nor achievable due to the low incidence rates of individual cancers.

Additionally, our current USPSTF screenings are focused on sensitivity as the major metric of success but have low specificity, which generates substantial false positive results. These false positive tests must all be evaluated. The number of false positives outnumber the true positives anywhere from 6 to 20 times (i.e., mammography has a positive predictive value (PPV) of ~5%.) Positive screenings require evaluation, including invasive procedures, potential procedural complications, patient anxiety, and increased health care expenditures. A stunning 8.3 million positive screening tests must be worked up to detect the ~200,000 screening-identified cancers found each year.

Though cancer is endemic in the population, we can identify elevated risk groups – such as those over age 50 – who have thirteen times the risk of developing cancer as the under-50 population. Other at-risk groups suitable for testing under age 50 may be those with hereditary cancer genes such as BRCA or Lynch Syndrome, survivors of childhood cancers, and those with environmental exposures such as smokers, coal miners, or first responders, especially firefighters.

Three areas have emerged to take advantage of scientific advancements over the last 10 years:

The concept of cell-free DNA is now over a decade old. First used clinically in prenatal testing, it has revolutionized obstetric care by obviating the need for invasive amniocentesis. It was in these clinical utilization scenarios that abnormal DNA signatures were identified in pregnant women who subsequently were diagnosed with cancer, spawning the research and development of multi-cancer early detection (MCED).

All cells, including cancer cells, release or “shed” DNA fragments into the bloodstream through multiple pathways, including apoptosis, secretion, or exosomes. The plasma carries the result of these processes in cell-free DNA (cfDNA). Other analytes in other fluids are being assessed (urine, ascites, saliva), but to date blood has the richest molecular information. Several types of analysis of cfDNA, including mutations, whole genome copy counts, and target methylation, have been studied as pathways.

MCEDs have been demonstrated to detect cancer from many cancer types and across stages. Sensitivity increases by increasing stage. Additionally, the sensitivity of cancer detection varies by tumor type, with aggressive cancers showing elevated levels of cfDNA shedding (lung, biliary, pancreatic, ovarian, head and neck, colorectal) compared to other cancer types which have lower levels of cfDNA shedding (prostate, breast, thyroid).

MCEDs must first identify when a cancer signal (cfDNA) is present in blood. The next critical step for a screening MCED is to accurately predict the cancer signal origin and inform the diagnostic workup. This is critical to streamline the evaluation for all involved: the provider, the health system, and most importantly, the patient. Some MCED tests require broad-based PET CT imaging to work up the origin of a positive signal whereas others have high levels of accuracy (up to 89%) based on the blood signals alone in predicting the cancer signal origin.

To screen for many cancers that have low individual prevalence but high aggregate prevalence, population-based screenings must minimize false positive results. Thus, it is important to design these tests with fixed high specificity rates, (i.e., extremely low false positives, less than 1 percent). And, since we are simultaneously screening for multiple cancers (over fifty different cancer types in some MCEDs) aggregate sensitivity rather than individual tumor sensitivity plays a greater role. PPV (the likelihood that a positive test is a true positive) is a better measure than sensitivity alone in the MCED or traditional single-cancer screening methodology.

MCEDs also have false negatives. Not every cancer produces a detectable cfDNA cancer signal due to tumor class behavior as well as individual tumor shedding biology. Thus, there remains a need to follow through with cancer prevention through behavioral changes, guideline based single cancer screenings, and ongoing vigilance and reporting of signs or symptoms to healthcare providers.

A broad set of cancers are now detectable in their pre-symptomatic phase through MCED testing. Some of our most difficult cancers, including pancreas, ovary, liver, head and neck, lymphomas, and leukemias, generate positive signals in the pre-symptomatic phase. Multiple MCED tests are in development through multiple corporate entities, and one (Galleri, by GRAIL, Inc) is commercially available as a lab-developed test and has received breakthrough designation by the FDA. Expect to see multiple products developed with downward pricing pressure because of market competition.

Importantly, MCEDs are meant to complement, not replace, current USPSTF guideline screenings or recommendations such as smoking cessation. Unlike current molecular diagnostics, which are used primarily in the treatment space by oncologists, MCEDs are designed to be used by primary care physicians and specialists. Imagine this as an annual blood test added to your cholesterol, kidney function, and liver tests.

Modeled data suggest a potential reduction of ~100,000 of the over 600,000 cancer deaths annually in the US, but only if the technology can make it through the protracted regulatory process.

No wonder multiple national advocacy groups, including the Prevent Cancer Foundation and the American Cancer Society, are pushing for Medicare to evaluate a National Coverage Determination. Call on your federal congressional representatives and senators to support and cosponsor HR1946 and Senate Bill 1873 today to advance coverage by Medicare and eventually to commercial payors so that all may access this lifesaving technology.

To bend the mortality curve of cancer, we must rework the paradigm. Currently our focus and funding are on advanced cancer care. We must shift this focus to early cancer detection when treatment is less invasive and more effective. This is not an incremental change; this is a paradigm shift.

We need to be forward thinking and proactive in building the cancer prevention, early detection, and treatment infrastructure for the next 50 years of our war on cancer. We need to be ready as new technology comes online. We need to invest upstream of late-stage clinically presenting cancer cases.

Imagine the benefit from this technology for our communities. It is a game changer. We now have screening tests which will allow us to evolve from only screening for individual cancers to screening all individuals for cancer. Finding cancer earlier, when it can be cured, is a goal we can all share.

Note: Whitney Jones, MD, is an employee of GRAIL and holds an equity position.