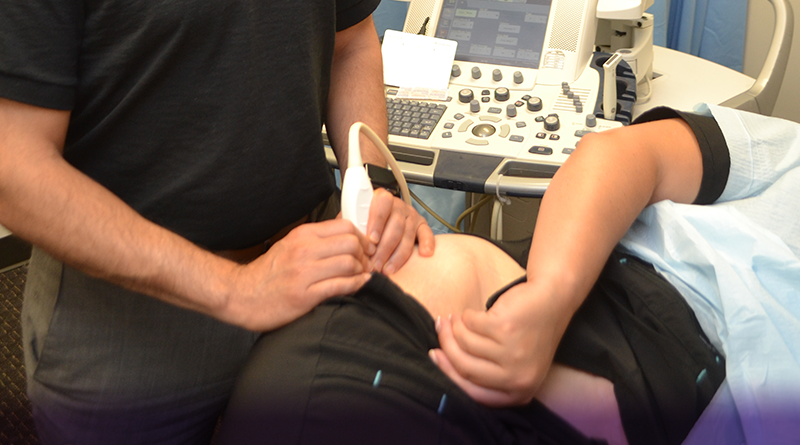 LEXINGTON Pelvic pain and dysfunction are one of the most elusive conditions a woman can experience. In a culture preoccupied with pain management, Lexington’s Wellward Regenerative Medicine is giving hope that resolution can supplant management for those women. And this is a hope many women and their healthcare providers have been waiting for. Danesh Mazloomdoost, MD, “Doctor Danesh,” as he is known, is the founder of Wellward, an institution that integrates several fields to create that sense of hope. He says, “The central element of the practice is the confluence of three overlapping realms: cellular and biological; kinesiology; and behavior, lifestyle, and psychology.” Together, in the hands of Mazloomdoost and his team, lasting solutions to pelvic pain are being produced.

As many as 1 in 6 women reportedly suffer from pelvic pain at some point in their lives. This is classified as persistent pain that adversely affects function including symptoms such as dyspareunia, paresthesia, stress incontinence, loss of libido, and anorgasmia, among others. While studies report prevalence as high as 30%, Mazloomdoost knows that this may still be an underrepresentation of functional impairment particularly among postpartum women since, “…it is an intimate concern that people often minimize as a normal part of aging.”

While its presence may be under-acknowledged, the impact of pelvic pain and dysfunction are hard to dismiss: it changes lives. Pain drives behavior, and behavior determines who we are and how we act towards others. For Mazloomdoost, “Resolving pelvic dysfunction gives women back their old selves and allows them to live their lives fully again.” He knows many PCPs and GYNs whose desire to help their patients has been precluded by the complexity of pelvic pain, and he is excited to offer them hope.

While some pelvic afflictions have straightforward causes, pelvic pain often involves a combination of multiple organ systems, the autonomic nervous system, and the musculoskeletal system, not to mention psycho-emotional elements. As such, it can be daunting to confront, for both doctor and patient. Mazloomdoost says “Everybody shies away from pelvic pain — they just are not sure how to deal with it. There are very few resources for these patients — not to mention their physicians.”

Vague diagnoses often result, with interstitial cystitis, pelvic pain, vaginismus, and endometriosis among the most common, Mazloomdoost reports. These lack specific and reliable treatment pathways, leaving patients and their physicians who desire more that pain medication frustrated. In fact, he says “The didactics around it are really in their infancy.” Mazloomdoost sees a way forward and is developing his integrated practice to provide that.

Wellward has existed since 2014. It grew out of Mazloomdoost observation of his parents’ practices: his mother, Camellia Shirazi, MD, has a background in both anesthesiology and psychiatry, and his father, Manoocher Mazloomdoost, MD, (known as “Dr. Maz”), is a board-certified anesthesiologist and pain specialist. Influenced by both their training in Iran and their many years practicing in the U.S., his parents developed an integrative approach to pain treatment that Mazloomdoost considers progressive and dynamic. It has fueled his vision for Wellward, and he says, “The most potent innovation comes when you are bridging two environments.”

Wellward’s method of providing enduring relief for pelvic pain sufferers has emerged in this context, with Mazloomdoost’s sister, a urogynecologist in Maryland, providing valuable input. Mazloomdoost says “I built the practice as a living laboratory of translational science. We want to pull it all together so that it is integrated in one location. Our treatment plans vary, as no two of our patients are alike.” There is, however, a consistent treatment philosophy across cases.

Mazloomdoost combines psychological, physiological, kinesiological, and pharmacological elements in a longitudinal approach. It begins with Pain Mapping™ a proprietary process to isolate specific elements (he calls this Hearing the pain message), includes psychological overviews (Envisioning the life being led), moves on to Alleviating symptoms (both medically and through therapy) and then Leverages repair mechanisms, which includes physical and regenerative therapies and addressing socio-behavioral issues. He takes his patients through the HEAL process in depth over the course of several months, as each part has multiple elements and each patient has a unique pain profile.

He recently used the HEAL process to meet the needs of a menopausal homemaker who was experiencing a case of dyspareunia that was fraying her relationship with her husband. At a loss for a functional diagnosis, she blamed herself and questioned her commitment to her marriage, resulting in a downward spiral. First, pain mapping showed Mazloomdoost and his staff a small clitoral branch nerve that was entrapped. Then the psychological overview revealed detachment from her husband fueled by her own loss of purpose in her life, as her grown children had moved on. Ketamine treatment helped give her some perspective on herself to see and comprehend that a significant part of her inability to enjoy intimacy was due to this identity crisis.

Alleviation of symptoms in this patient came two ways. The nerve entrapment was addressed non-surgically, and her newfound awareness facilitated more intimate conversations with her husband, which garnered his acceptance and support. She continues to come to Wellward for additional follow up consultation on nerve well-being and how to do the hard work of relationship management as she ages, but the trajectory of her libido and marriage are upward.

She is experiencing increased fullness in her life, and she tells Mazloomdoost that she feels empowered to further this.

For Mazloomdoost, the HEAL process can deliver women suffering from pelvic pain to an embrace of his belief that “It is easier to deal with a painful known than an unknown annoyance.” It’s rarely quick to resolve pelvic pain, but giving women an awareness that there are treatment options and that someone else validates their concern goes a long way. He concludes, “At Wellward, demystifying the body is one of the most therapeutic things that we do.” 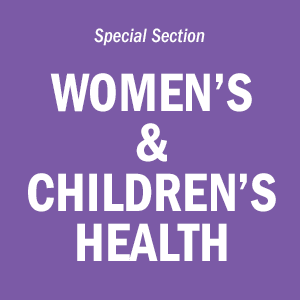