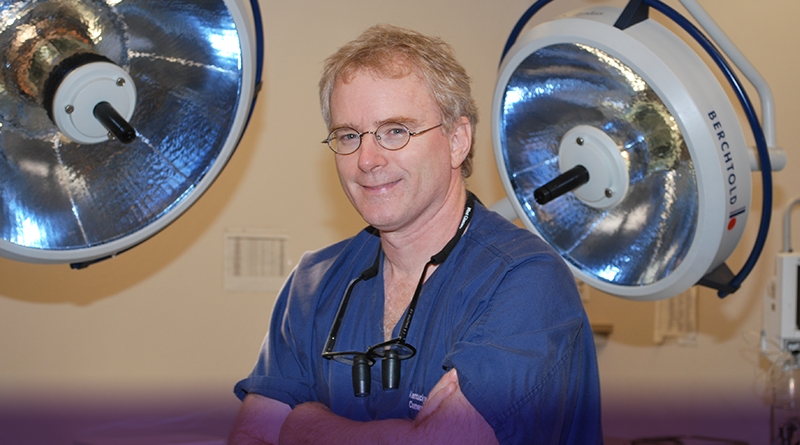 Editor’s Introduction: Culture, medical best practices, and legislation are colliding in the arena of adolescent gender-identity and sexuality. MD-Update asked Cameron Schaeffer, MD, a triple board-certified urologist, pediatric urologist and plastic surgeon to share his experience and thoughts on a difficult and emotional subject.

LEXINGTON When I met “Tom,” he was a teenage boy lying in the fetal position on my exam table, sucking his thumb. He had been referred to me for comprehensive female to male genital reconstruction, having been born XY with dysfunctional androgen receptors (androgen insensitivity syndrome), which caused his genitalia to virilize inadequately during development. Because his phallus resembled a clitoris, and because his cleft scrotum resembled labia majorae, a team of doctors made the decision to remove his abdominal testes, to further reduce his diminutive phallus, and to split further his scrotum. The procedure was successful, but the results were disastrous.

Years later, I met “Kathy,” another XY patient with a severe defect in “his” testosterone receptors. Like Tom, she had also been reconstructed as a female as an infant. A tomboy all her life, she liked to hunt and fish and was enrolled in high school ROTC. She had a boyfriend, and she wanted a vagina. The “team” got lucky with her.

Over the years, I have cared for a few XY patients with cloacal exstrophy. These patients are born with an unusable, split phallus, so they were historically reconstructed as females. Every XY cloacal exstrophy patient I have met identifies as a male or is a lesbian.

More frequently, I have cared for XX patients with congenital adrenal hyperplasia. Due to elevated levels of fetal androgens, these patients can be born with utterly ambiguous genitalia. But female CAH patients are potentially fertile, and, while often tomboys, most of them go on to become well-adjusted women.

From these anecdotal experiences, I learned that the most important sex organ is the brain which, when partially androgenized, is unpredictable, and that protecting the emotional health and potential fertility of a patient is sacrosanct. We know from the Nuremburg Trials that group psychology is more powerful than personal morality. Sometimes the judgment of a team of specialists, which can be subject to groupthink and bullying, is no better than the judgment of a single surgeon, and sometimes worse.

Drawing a Distinction Between Intersexuality and Transgenderism

Intersex patients, like those just described, are not transgender, and gender is not sex. Transgender individuals have normal chromosomes, normal enzymes, and normal anatomy. If a transgender woman commits a crime and leaves her blood at the scene, the cops will be looking for a man.

A few years ago, I examined a small boy who, much to my surprise, was wearing girls’ panties. I made a light-hearted remark about it being laundry day at my house too, and, as if I had uncorked a bottle, I was met with a torrent of angst from his mother. The boy apparently only wanted to wear his sister’s clothes and to play with her dolls and to play dress up and what should she do? I reassured her it was likely a phase and counseled love, patience, and observation. But I wasn’t sure if that was good advice.

These days, that mother can easily find a clinician at one of the pediatric gender clinics popping up all over the country, including clinics in Lexington, Louisville, and Cincinnati. That clinician might affirm her child’s inchoate transgenderism and lead her and her child down a path of body-changing steroids and counselors ready to assist everybody with the transition. But are these clinics built on solid foundations of data, or just well-intentioned compassion? And to what extent are these clinics phenomena of physicians and hospital administrators responding to an emerging marketplace? The Transgender Health Clinic at Cincinnati Children’s Hospital invites to its clinic children as young as five years old! Is this approach superior to love, patience, and observation? Who knows?

Until recently, transsexuals had to pay out of pocket for care, which certainly tested their commitment, especially if surgery was pursued. Under the pressure of activists, medical care for transgender individuals is increasingly being covered by insurance of various sorts, so expect more clinicians to jump into the business.

When chaos reigns, laws get written. Sometimes those laws can be rash. If lawmakers perceive that the pediatric community is not adequately protecting children, they will step in. The Arkansas legislature recently passed a bill banning transgender medical therapy for children. Governor Asa Hutchinson vetoed the bill, citing government overreach into medical and parental matters. The legislature overrode the veto, enacting the law. The AMA stepped into the debate, decrying any encroachment of government on patient privacy and the doctor-patient relationship. That is rich coming from an organization that is now essentially a government-sponsored medical coding business, colluding with payers to label patients with codes that reveal their most personal secrets, accessible by complete strangers.

Both the legislative and executive branches of the Arkansas government likely did the right thing, yet nothing has been solved, as those institutions, and the people they represent, are still groping in the darkness we physicians have failed to illuminate with data. In the meantime, confused and sometimes suffering children have been turned into political pinballs.

The Bigger Picture and the Care of the Transgender Child

For centuries, humans have recognized that adolescence is a time of confusion, experimentation, and risk-taking. This is probably evolutionarily adaptive. It is the duty of adults to offer love and guidance during this period, but also to set boundaries. A person’s judgment may not fully mature until the age of 25.

These days, a collision of economic dislocation, community breakdown, family breakdown, individualism and “personal truth,” the political assertiveness of activists obsessed with genitalia and what they and others do with their genitalia, and the internet has fueled an epidemic of transgenderism. A confused adolescent now has hand-held, ready access to pornography depicting every conceivable combination of human beings having sex, and to anonymous online activists ready to give affirmation, advice, and encouragement. This is child abuse hiding behind the First Amendment.

We know that transgenderism can be a passing phase for some adolescents, occurring acutely and in clusters of children just trying to fit in. We also know that transgender youths have high rates of depression and suicidal ideation. It is not at all clear that gender affirming hormonal therapy and surgery are helpful. Surgery is usually irreversible, and hormonal therapy can permanently alter bone growth and impair fertility. The studies needed to determine the proper care of these children will require many years and many patients to yield meaningful data. Such studies will be difficult to perform because of the emotionally and politically charged nature of transgenderism, but they need to be done. In the meantime, any therapy that permanently affects these children mentally or physically obviously calls for prudence.

Unfortunately, this is all occurring in the milieu of “wokeness,” which seeks to redefine individuals, the family, the community, and the nation’s institutions, often with a whiff of intimidation. The pendulum will likely swing. There is plenty to debate in the era of wokeness, but we physicians should submit to data, not political agendas, to determine the proper mental and physical care of children.