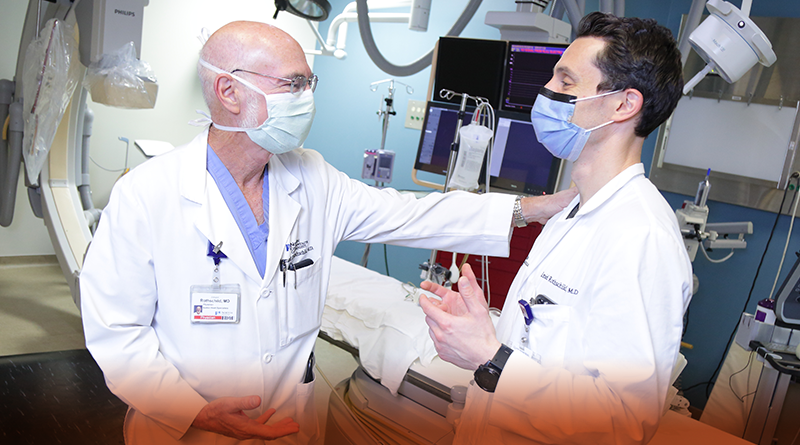 LOUISVILLE Not long after joining Norton Heart & Vascular Institute, interventional cardiologist Daniel Rothschild, MD, was working on a challenging case to install a stent in a patient’s artery.

The patient had a dangerous calcium buildup in one of the arteries supplying his heart. Rothschild and another interventional cardiologist would use a tiny drill called a Rotablator to burr through the calcium so the stent could be inserted and restore blood flow.

Working with Daniel Rothschild was a leader in the field — an interventional cardiologist with nearly 40 years’ experience and one of the first Louisville cardiologists to implant a stent. His colleague was his father, Armand H. Rothschild, MD.

“To stand in the lab and do a complex case together was really, really special,” the younger Rothschild says.

“He’s skillful,” the elder Rothschild says. “Let’s put it this way: I don’t have to worry about him.”

A Father’s Example of Finding Joy at Work

Daniel Rothschild says he was drawn to medicine in general and cardiology in particular because he grew up seeing how much his father enjoyed his job.

“He always exhibited such joy in what he did. He came home happy every day from work,” the younger Rothschild says.

The father quips that the actor George Clooney’s portrayal of a doctor on the television drama “ER” was the real motivation behind his son becoming a cardiologist. Jokes aside, Dr. Armand Rothschild concedes that he really does like his job.

“I entered cardiology at a time when it was transforming from a diagnostic field to a procedural field — where we could fix things. It’s a really neat job,” says Dr. Armand Rothschild.

Dr. Daniel Rothschild’s mother, Marylee Rothschild, MD, is chief of staff at the Robley Rex VA Medical Center in Louisville. His parents met during her medical residency in Pittsburgh, Pennsylvania and his cardiology fellowship at Allegheny General Hospital.

Back then, cardiology training was two years. The son went through five years of specialized training.

“A lot of procedures I learned on the job have been normalized in training. That’s how much has evolved in 35 years,” says Dr. Armand Rothschild. “These complex interventions, that’s part of training now.”

Among those complex interventions is TAVR, which Dr. Daniel Rothschild performed on one of his father’s patients. The patient needed a valve replacement but was too sick for surgery. Dr. Armand Rothschild, whose practice has evolved extensively over the years, says he was comfortable handing the patient off to his son and his extensive training.

“Dad came over and watched the case. He’d never seen one live and in-person before. It went smoothly, and the patient did great,” says Dr. Daniel Rothschild.

Dr. Daniel Rothschild says he is very close to his parents and there was no pressure to go into medicine. When it came time to choose a specialty, though, he picked interventional cardiology.

The younger Rothschild was born at Norton Audubon Hospital and went to medical school at the University of Kentucky. He completed his medical residency at Washington University in St. Louis, Missouri. His cardiology training was at Beaumont Health in Detroit, Michigan, before returning to Louisville. 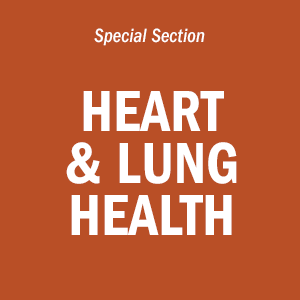