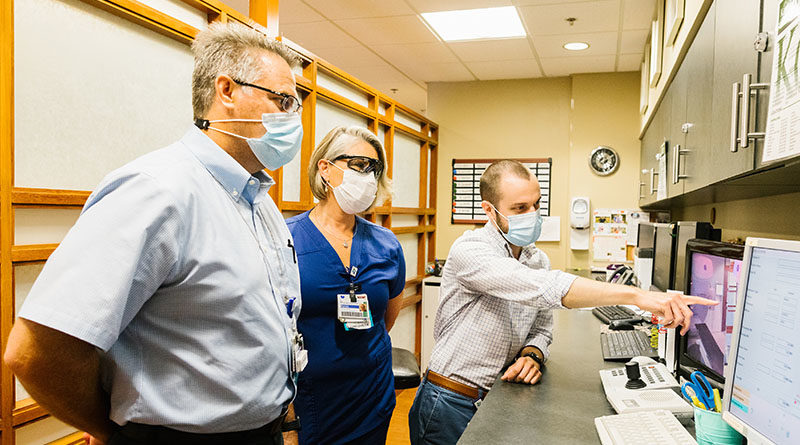 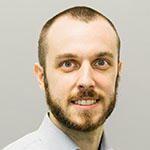 BARDSTOWN It was a busy summer for Nicolas Burnett, MD. And that goes way beyond anything related to COVID-19.

In June he completed his residency at the University of Kentucky Medical Center, and within a month he signed on to become the new radiation oncologist at the CHI Saint Joseph Health – Cancer Care Center at Flaget Memorial Hospital, in Bardstown.

It seems only natural that Burnett would wind up at a Kentucky hospital. The Murray native did all of his schooling in the state—his undergraduate degree is from the University of Louisville and he received his medical degree from UofL‘s School of Medicine before heading to UK for his residency.

His love of the state also played a role in him landing at Flaget Memorial in July.

“My first year of residency at UK, I met Dr. Kristie Paris, who then left and came to Flaget,” says Burnett. “She knew that I wanted to get back closer to my family in Louisville, and the timing worked out. As she was getting ready to retire, I was graduating. It fell into place that I got to take over this clinic from her.”

Burnett’s role as part of the team at Flaget’s Cancer Care Center is an important one. He handles the treatment of oncology cancer patients, the majority of whom are over 60.

“About 25 percent of my practice is breast cancer, but I also see a lot of lung cases, obviously, and other tobacco-related cancers— head and neck, and also bladder.” he says. “Any cancer that needs radiation or can have radiation, we will see here.”

The oncological staff at the center currently includes Burnett in radiation oncology and Monte Martin, MD, in medical oncology and Renee Abell, APRN.

“We previously had one surgeon, but we’ve now brought on others,” adds Burnett. “That isn’t specific to the Cancer Center, but it will contribute to our ability to see and treat more patients because we won’t have to send patients to other hospitals to get most surgical services.”

The hospital is also expanding the physical part of the Cancer Center. A major renovation is expected to be completed within the next few months.

The Realities of Radiation

Burnett is aware that cancer treatment, and particularly radiation, can be misunderstood. The first thing he cautions is that while radiation does have obvious side effects, they are nearly always related to the specific area that is being treated.

“The toxicity outside of the treatment area is not often from radiation,” he says. “Patients go to the ER with a complaint which, in reality, is unrelated to radiation, and that can delay the diagnosis of a secondary problem.”

Another misconception he sees, primarily from the general public, is based on a view of radiation that is locked in the 1980s.

“Someone may come in who had a parent who received radiation in the 1980s or early ’90s when toxicities were higher,” he says. “We’ve advanced our ability to minimize side effects substantially since that time. So, the idea that people get radiation and the side effects may be worse than the cancer is outdated. If patients think there is a correlation, it’s probably based on those older forms of radiation.”

Burnett sees a paradigm shift coming that can impact patient care and outcomes in his realm, pointing specifically to advances surrounding oligometastatic cancer.

“We have emerging evidence regarding treatment of oligometastatic and oligoprogressive disease with stereotactic body radiation therapy or some form of ablative radiotherapy,” Burnett says. “We are slowly learning that there may be more of a spectrum than we thought with metastatic disease, rather than it being a binary disease state. If we can ablate oligometastases, we may cure those patients and extend their life.”

Traditional thinking has held that if a patient had one, or a hundred, metastases, they were at stage IV and incurable. But Burnett says this treatment option focuses on someone who has five or fewer sites of metastatic disease.

“You can treat the patient almost as if they did not have the other sites by going in and ‘spot welding’ with local therapy—either surgery or radiation—those sites of disease, and you may cure that patient. You can’t do that for someone who has a hundred metastases, but for those with five or fewer sites who fall into this subcategory we are still researching, it may offer some benefit.”

This could help doctors deliver therapy for those patients, as opposed to them being labeled incurable and things moving forward with palliative treatment.