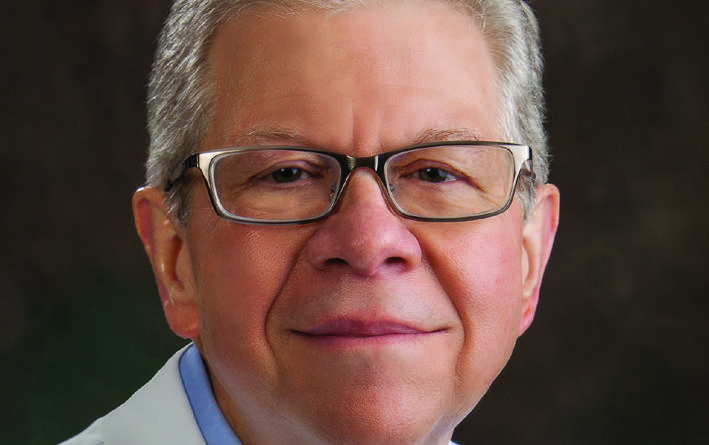 OWENSBORO For most women, pregnancy is one of the most joyous times in their lives. But for women experiencing high-risk pregnancies, these positive feelings are often accompanied by fear, anxiety, and grief.

An experience with one such patient inspired Navleen Gill, MD, to enter the field of maternal-fetal medicine. She explains, “I first became interested in obstetrics when, as a medical student, I encountered a case of a woman with uncontrolled diabetes that had a fetal death. It made me want to do something to change the outcome of her future pregnancies. I wanted to help women before something like that happened to them.”

Gill attended the University of Medicine and Health Sciences in St. Kitts and Nevis. Upon completion, she relocated to Michigan where she completed an internship, residency in OB-GYN, and maternal-fetal medicine fellowship with Wayne State University at the Detroit Medical Center, gaining firsthand experience with the Perinatology Research Branch – a division of the Eunice Kennedy Shriver National Institute of Child Health and Human Development (NICHD) and National Institutes of Health (NIH). Gill joined Owensboro Health Medical Group in 2019 with the goal of “promoting early access and sustained adequate prenatal care to pregnant women in the region who require all levels of care.”

Maternal-fetal medicine focuses on both identifying issues and intervening on behalf of the unborn fetus and managing a mother’s existing health problems throughout the pregnancy, birth, and beyond. “One of the most challenging aspects is not only diagnosing a fetal anomaly and how it will affect the physiology, but also delivering that news to the patient,” says Gill, “In the past two decades, there have been so many advancements in the field of prenatal diagnosis and fetal intervention.”

Tabb adds, “There are now procedures that can be done in utero, so things have moved, to some extent, more into the fetal part of maternal-fetal medicine. For me, the worry is that we’re losing the maternal part of it. There still needs to be a group of individuals who can take care of the mother who has significant illnesses and conditions that can impact not only her health, but the health of the fetus.”

Predominantly, these illnesses include chronic hypertension, cardiovascular disease, lupus, obesity, substance abuse, and diabetes. Many of these conditions exist prior to the woman conceiving and influence the pregnancy from its earliest stages. Tabb points out, “The milieu in which you conceive will dictate how this fetus does. We know from data that how the gestation goes will affect the baby even as an adult.”

Lauren Shelton, APRN, firmly agrees. “The goal is to have controlled glucose levels before getting pregnant. We know that increased A1C levels of 9.5 or greater come with increased risk to the baby.”

Shelton received both her undergraduate and master’s degrees in nursing from Western Kentucky University in Bowling Green. She joined Owensboro Health’s perinatology team in 2019 and has been counseling and managing patients with type 1, type 2, and gestational diabetes since.

“Many women just see blood sugar as a number, instead of a number that indicates an underlying problem that can affect growth and development. And, not just related to pregnancy, but their health directly after pregnancy, and five to ten years down the road. We discuss where they are currently, what goals we need to set, and how we’re going to get there, including how we’re going to monitor and manage their blood sugar,” says Shelton.

Progress with wireless insulin pumps and glucose monitors, which can upload data directly to a computer or smartphone app, are making this easier. Shelton states, “If patients perceive that they are empowered through the use of technology, then they’re going to be more motivated to achieve greater control.”

The field has also seen other exciting developments.

According to Gill, “I think the biggest advancements are in ultrasound, minimally invasive techniques, and genetic diagnosis.”

In regards to ultrasounds, Owensboro Health offers both 3D and 4D state-of-the-art imaging performed by registered perinatal sonographers. Gill says, “We don’t have grainy ultrasound images anymore. We can see a lot more detail in the fetus and diagnose certain anomalies/abnormalities that we wouldn’t have been able to ten years ago.”

Another breakthrough has been in the realm of the fetal echocardiography, which provides a detailed picture of a baby’s heart, revealing early insight into structural anomalies and congenital heart defects. Tabb states, “Traditionally, people would say the only people who need fetal echo are women who are at increased risk, for example the diabetic patient or patient who has a history of heart disease in the family, but here we basically do a fetal echo on every patient we do ultrasounds on.”

This is just another example of the maternal-fetal medicine team’s commitment to innovating protocols and incorporating the latest technologies to make certain all women in the region have access to unparalleled care close to home. Their shared mission is to educate and empower women to take control of their health before, during and after pregnancy, so they and their children can share the brightest future possible.