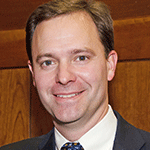 LOUISVILLE The 2020 legislative session will be best remembered for the disruption caused by the COVID-19 pandemic. In many ways, lawmakers’ time in Frankfort was a “tale of two sessions.” The General Assembly was operating “business as usual” with normal daily committee meetings and floor votes. However, beginning Tuesday, March 17, everything changed. While legislators decided to continue with the people’s business, lawmakers reduced the number of days they would meet. They also limited access to the Capitol Annex and legislative proceedings to legislators, essential staff, LRC-credentialed media, and specifically approved individuals.

Ultimately, the shortened, 53-day legislative session adjourned well into the evening on Wednesday, April 15. A grand total of 932 bills were introduced during the 2020 Regular Session – 647 filed in the House of Representatives and 285 filed in the Senate. However, the House and Senate only enacted 121 measures, or approximately 13 percent of the bills introduced.

KMA had developed a robust agenda for the 2020 session that included items such as prior authorization for medication-assisted treatment, co-pay accumulator programs, deceptive advertising, and insulin co-pay caps. Despite the shortened session, KMA was able to either secure passage or significantly advance many of its legislative priorities.

Senate Bill 56 will ensure Kentucky complies with the recently enacted federal minimum legal sale age for all tobacco products and eliminate purchase, use, and possession penalties for youth up to age 21.

House Bill 351, the state revenue bill, will tax e-cigarette products at $1.50 per pod on closed systems (e.g., Juul reusable devices or Puff Bar disposable devices) and 15 percent of the wholesale price on open systems, which allow users to refill the device with bottled liquid. Kentucky will join 24 states and the District of Columbia in taxing e-cigarettes when the tax goes into effect August 1.

Other Issues of Interest

House Bill 153, a bill sponsored by Rep. Kim Moser, was enacted by the General Assembly. HB153 establishes a statewide Mental Health First Aid Training Program that offers the public, including educators, health care practitioners, law enforcement, and faith leaders, evidence-based mental health training to use when they encounter someone with a mental health or substance use disorder or someone experiencing a mental health or substance use crisis. Trainees would also learn how to refer individuals requiring assistance toward appropriate professional help.

House Bill 135, which pertains to the prescriptive authority of physician assistants, passed both chambers of the General Assembly. While KMA continues to have concerns regarding the expansion of prescriptive authority for controlled substances among non-physician groups, the association’s advocacy efforts were able to produce a much-improved bill that includes many additional requirements, restrictions, and oversight by supervising physicians and the Kentucky Board of Medical Licensure.

House Concurrent Resolution 5 supports the notion that marijuana should be thoroughly studied prior to its widespread dissemination and use. Specifically, the resolution urges federal policymakers to “expedite research on the safety and effectiveness of the use of marijuana for certain health purposes.” This resolution, which is consistent with KMA’s policy on cannabis, was passed by the General Assembly and signed by the governor.

KMA would like to thank its membership for contributing to the association’s advocacy efforts. Physicians made their voices heard during the legislative session through phone calls, emails, text messages, and in-person meetings. 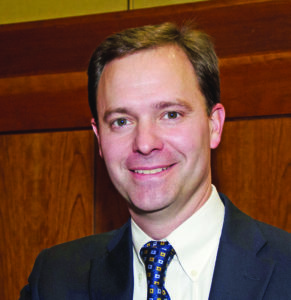