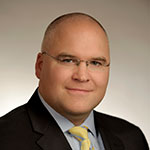 CYNTHIANA On January 21, the first confirmed case in the United States of COVID-19 was reported in the state of Washington. Medical personnel and hospitals across the country began preparing for the spread even as the virus popped up in other states, the number of cases rising every day.

On March 3, the medical staff at Harrison Memorial Hospital (HMH) in Cynthiana held a meeting about the CDC’s guidelines and recommendations regarding COVID-19. On March 6, they received notice from the state that one of their patients was the first confirmed COVID-19 case.

“We had a patient being treated outside of the hospital who had not improved, so she came into the hospital for further treatment,” says Brian Mulberry, MD, HMH chief of medical staff. “We had not established a diagnosis for her. She continued to deteriorate. The thought of COVID-19 passed through our minds. We called the state lab to request testing, and they initially said that she did not qualify for the test based on the CDC guidelines at the time. The patient was then transferred to a tertiary facility and then tested by the state after a couple of days. When we were informed of the positive test, it was obvious to us that we had a situation that we had to deal with right away.”

When the hospital was informed by the Kentucky Public Health Department that a patient with the COVID 19 virus had been in their facility, the hospital immediately went into what they call incident command. HMH CEO Sheila Currans recalls that she met with Mulberry and multiple staff. “Over the next several hours we developed a plan. We contacted all of the individual employees that we needed to be self-quarantined,” says Currans.

“At the time this patient came in, the state of Kentucky did not have any positive COVID tests,” says Currans. “We had spent a lot of time in the 10 days prior to this doing tabletop drills and confirming the type of supplies we had, not realizing that within a week we were going to be the first.”

“This was new for everyone,” said Stephen Moses, MD, HMH family medicine physician. “I think the response by private practitioners, Harrison Memorial Hospital, and local and state health officials was exactly what it needed to be. We were dealing with something that none of us had experienced before. We couldn’t have asked for a better response from our health officials than what we got.”

Responding to a Positive COVID-19

Once the confirmation of the COVID-19 diagnosis was received, HMH took immediate action. A list of approximately 50 employees who had been exposed was compiled, and an algorithm was used to determine their exposure level and overall risk. Calls were made to the state health department and infectious disease specialists with the Centers for Disease Control and Prevention (CDC). All of the exposed employees were contacted, began self-quarantine and were monitored at home. All elective procedures were cancelled for a week. Currans noted that all employees have since returned to work and all remained free of COVID-19 disease.

“We did the things you have to do when you are faced with a situation where a good number of your employees are not going to be available to work for up to two weeks,” Mulberry says.

“We had spent a lot of time in the 10 days prior to this doing tabletop drills and figuring out what kind of supplies we had, not realizing that within a week we were going to be the first.”— HMH CEO Sheila Currans

In addition to dealing with the virus, the HMH staff also had to make sure they were able to continue to care for their other patients with as little risk and interruption as possible. “My biggest fear is that there are many people in our community that need to see their doctor, but they are afraid to come in to the hospital,” Currans says.

That fear and the need to diagnose potential COVID-19 patients without risk to other patients or hospital staff led to the creation of HMH’s Cough Clinic. The idea for the Cough Clinic was put forth by several doctors at HMH, and on Tuesday, March 17, a medical staff meeting garnered the support of medical community, the nursing staff, and administration. It opened on Saturday, March 21, 2020.

“The Cough Clinic was developed to give people a reassuring place to come if they need further testing, screening, or other medical treatment,” Stephen Besson, MD, chairman of the HMH Board of Directors, says. “There are a lot of other reasons people have respiratory symptoms besides this COVID-19 virus. So, we’ll see if there are other reasons that could explain their symptoms. If there is a need for COVID-19 testing, it will be determined through an extensive examination.”

With many patients still presenting with flu and the arrival of allergy season, there are many patients with upper respiratory symptoms.

“The reason behind having a cough clinic is to sort those issues out,” says Mulberry. “Instead of drive-through testing where people have a swab and leave, our objective is to find out if they need to be tested for the virus or if they have another problem like the flu, strep throat, or an ear infection.”

The goals of the Cough Clinic are to allow hospital staff to wear protective equipment when encountering patients; allow patients to be evaluated if they have symptoms common to the virus; and to limit exposure to other patients and people in the hospital. The Cough Clinic, which is open from 1 pm to 8 pm daily, is accessible through a separate part of the hospital with its own entrance.

“Right now, my first thought every day is ‘How much PPE did we use last night and what is our current supply?’” Currans says. “How many beds and ventilators are available? What staff are available? We’ve created tracking mechanisms so we can monitor our resources on any given day.”