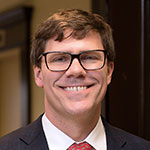 As the Kentucky General Assembly convened in January, Kentucky remained one of 17 states without some form of legal medicinal marijuana provision. House Bill 136 is the latest attempt to address this subject, and the issue is once again up for debate. The bill would establish a system of state licensing for farmers, processors, dispensers and safety testers regulated by a newly expanded Kentucky Department of Alcoholic Beverage and Cannabis Control. The bill received a 16-1 vote in the Judiciary Committee last year and finished the session with more than 60 representatives committing to vote for it if it came to the House floor during the 2020 legislative session. Now, that session is upon us, and many physicians are curious about the law and how it will impact their practice.

“Certifications” for Medical Marijuana Use

HB 136 would allow “practitioners” including physicians, dentists, podiatrists, and optometrists, to issue “certifications for use of marijuana.” Interested practitioners would notify the Kentucky Board of Medical Licensure and the Department of Alcoholic Beverage and Cannabis Control, and comply with any education or training requirements the department puts in place. These training requirements have not yet been determined. Previous versions of the bill limited marijuana’s use to patients experiencing “debilitating illnesses and excruciating pain.” HB 136 dropped this requirement, allowing practitioners more discretion. Of note, providers and patients must have a “bona fide practitioner-patient relationship” defined as “a treatment or consulting relationship, during the course of which the practitioner has completed an assessment of the patient’s medical history and current medical condition.” Should a practitioner conclude their patient could receive “therapeutic or palliative” benefit from medicinal marijuana, the doctor may “recommend” such treatment and issue a certificate for marijuana use.

Patients with certificates could acquire marijuana at licensed distributors in the form of edibles, oils, or pills. The law specifically precludes smoking medicinal marijuana. The present bill requires medicinal marijuana be grown and processed in Kentucky. “Recommending” practitioners cannot be board members or principal officers of businesses related to cannabis. There is no guarantee that government programs or private insurers would pay for medicinal marijuana. The bill offers specific professional protections to physicians, exempting them from arrest or prosecution under state law and protecting doctors against disciplinary action by the Kentucky Board of Medical Licensure.

What about Federal Regulations?

Why do doctors “recommend” medicinal marijuana rather than “prescribe” it? The answer is rooted in federal criminal law. The US government classifies marijuana as a Schedule 1 narcotic, meaning it has “no currently accepted medical use and a high potential for abuse.” Further, the Controlled Substances Act specifically prevents physicians from prescribing marijuana regardless of state law. Writing a prescription could potentially constitute aiding and abetting the acquisition of marijuana, which could result in revocation of DEA licensure and even prison time. That is why HB 136 and many other state medicinal marijuana laws describe the role of the physician as “recommending” medicinal marijuana. In Conant v. Walters, the Ninth Circuit Court of Appeals reasoned that a physician discussing the possible benefits of medicinal marijuana was protected as free speech under the First Amendment, and physicians should not be held liable for what patients do with that opinion.

Therefore, when a Kentucky doctor issues a certificate under HB 136, she would be formalizing an opinion that a patient could benefit from medicinal marijuana. This free speech “loophole,” while helpful for keeping physicians within the bounds of federal law, comes at a cost to practitioner control. After certifying a patient, the practitioner has no way to dictate dosage, frequency or length of treatment. Also, it is important to note that the Conant case is not binding law in Kentucky, as the US Supreme Court declined to consider the case. It is possible that a federal case with similar facts may have a different result in Kentucky or in the 6th Circuit.

While much is yet to be determined, it seems likely that some form of medicinal marijuana is in Kentucky’s future. Given the uncertainty at the federal level, rigid compliance with the state laws and regulation will be critical. Physicians will have to balance the benefits to their patients against participating in a program with a very complicated regulatory background.

Joshua G. Miller is a healthcare law and torts & insurance attorney at Sturgill, Turner, Barker & Moloney, PLLC. He may be reached at 859.255.8581, or jmiller@sturgillturner.com. This article is intended to be a summary of state and/or federal law and does not constitute legal advice.