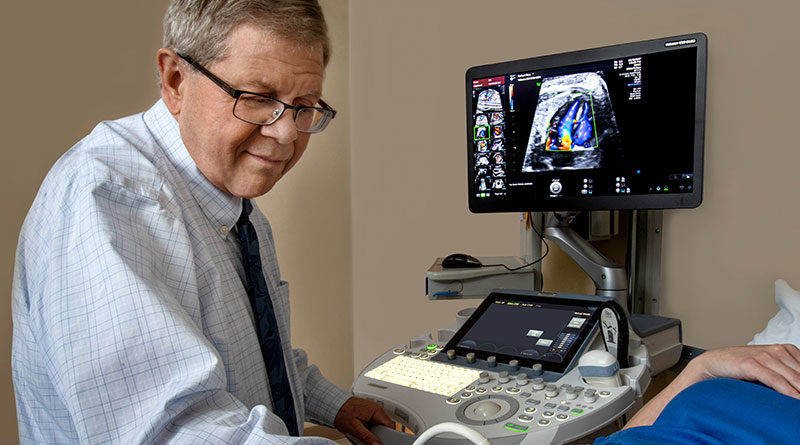 OWENSBORO With forty years in the field of perinatology, Thomas Tabb, MD, has seen extraordinary advancements, both in technology and thinking within the specialty. “Maternal-fetal medicine initially focused on the mother with conditions like hypertension, diabetes, and lupus. Our ultrasound equipment, when things started, was really not mature enough to do a lot more with the fetus. As things have evolved, the maternal part is obviously still important for management of diseases, but now we’ve gone into other areas with respect to the fetus,” says Tabb, who is board certified in both obstetrics/gynecology and maternal-fetal medicine.

As a maternal-fetal medicine specialist, Tabb cares for women experiencing complicated or high-risk pregnancies and focuses on managing the mother’s existing health problems throughout the pregnancy and birth and beyond. These most often include diabetes, obesity, substance abuse, chronic hypertension, preexisting maternal cardiovascular disease, and lupus. Of the western Kentucky population, up to 25% of pregnant women require a maternal-fetal specialist, the majority due to obesity and diabetes.

A New Generation of Ultrasound

Fortunately, one of the most significant advancements has been in the realm of fetal heart monitoring. According to Tabb, “The ultrasound equipment we initially had did not have the ability to define what was going on in the fetal heart other than just saying there was a heartbeat. The technology has advanced enough now where even very minute structural abnormalities can be detected.”

Of course, it is absolutely essential that high risk patients receive fetal echocardiograms, but the procedure is now advised and accessible to all pregnant women seen by the Maternal Fetal Medicine practice. “The fetal echocardiogram has become a standard for every pregnant patient in our practice. Traditionally people would say the only patients who need fetal echo are women who are at increased risk, for example the diabetic patient or patient who has a history of heart disease in the family, but here we basically do a fetal echo on every patient we do ultrasounds on,” explains Tabb.

Upon delivery, these infants often require immediate attention by a pediatric cardiologist, and in some cases surgery. Therefore, it is crucial the delivery be scheduled at a facility providing cardiac services. Tabb stresses, “You want to make sure they prenatally choose an appropriate place for delivery where pediatric cardiology and pediatric cardiothoracic surgery are available.”

He goes on to say, “The goal for the state should be that every baby with fetal heart disease should be identified and delivered at a tertiary center with pediatric cardial facilities available.”

As for the future, early detection is the goal. Tabb states, “We’re trying to start a program to do fetal echocardiograms in the first trimester and identify the cardiac defects even at twelve to fourteen weeks. Everything is going to be earlier and earlier when it comes to diagnosis.”