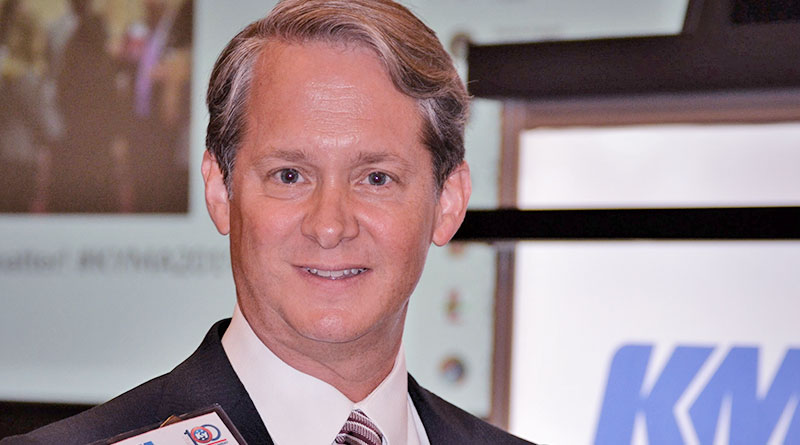 On Saturday’s session, after welcoming remarks by KMA president Bruce A. Scott, MD, one of the topics addressed was opioids and federal prosecution, presented by Russell Coleman, US Attorney and chief federal law enforcement officer for Kentucky’s Western District, an area that encompasses 53 counties and 2.2 million Kentuckians.

While discussing opioid misuse and abuse, Coleman repeatedly stated that “We prosecute egregious conduct in healthcare fraud. That’s conduct that is outside of legitimate medical needs and practices.” He emphasized his department’s deep respect for the medical community. “We’re not anti-physician, we’re not here to prosecute doctors,” he said.

Coleman added that most of his department’s investigations arise from “whistleblower complaints, the False Claims Act, and high prescription rates for opioids.”

“Status of Public Health in Kentucky,” a report on public health in the Commonwealth was presented by Ben Chandler, president & CEO of the Foundation for a Healthy Kentucky. The Foundation was founded in 2001 and according to Chandler has awarded nearly $28 million in grants through June 2019.

Chandler pointed to some of the Foundation’s successes such as advocating for the passage in 2019 of an increase in the sales tax on cigarettes, significantly increasing the number of tobacco-free school districts in Kentucky from six to 72, and the Foundation’s new effort to tax and regulate e-cigs and vaping products in Kentucky. He showed a video of the Foundation’s public service TV ad campaign, “I Just Didn’t Know” (ijustdidn’tknow.org), featuring a compelling performance by eleven year old Claire, from Henry county. “I could get addicted to these,” she said, pointing to a small vaping device. “It has as much nicotine as a pack of cigarettes. I just didn’t know.”

Additional initiatives of the Foundation are access to healthcare, obesity prevention, childhood health, and preventing and reducing the long-term impact of adverse childhood experiences.

A presentation on social media and advocacy by Emily Schott, KMA director of communications, stressed that physicians would benefit by some understanding of and use of social media. “You have a social media presence, whether you want one or not,” said Schott, as she demonstrated Facebook’s ability to create a page for a physician or practice that does not have one.

A new media experience for the KMA took over the meeting at 3pm when KET filmed an upcoming KET Forum town hall session of “Prescription for Health,” which was hosted by KET’s Renee Shaw and included interviews by Wayne Tuckson, MD, a gastroenterology surgeon and host of KET’s “Kentucky Health.”

Among others, Tuckson spoke with Chandler on the efforts of the Foundation for Healthy Kentucky; to Fred Williams, MD, an endocrinologist and past-president of the KMA on diabetes and obesity; and Danesh Mazloomdoost, MD, anesthesiologist and regenerative medicine practitioner on pain and opioid use and misuse.

The KET Forum session at the KMA aired on October 7 and is on the KET website.