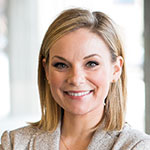 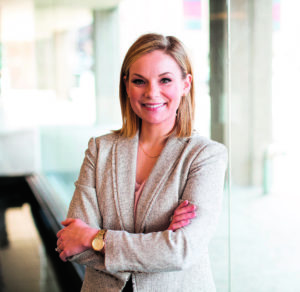 Tort reform has been a hot-button issue in Kentucky for many years. The phrase “tort reform” refers generally to changes in the legal system aimed at reducing the number of frivolous lawsuits and outrageous jury awards. A significant proportion of tort reform focuses on medical litigation.

To stem the flow and soften the blow of medical malpractice claims, several states now limit the amount of money plaintiffs can be awarded in medical malpractice lawsuits. Other states provide certain financial protections for physicians and entities that pay into a patient compensation fund. Yet other states place restrictions on how a successful plaintiff may receive payment of her award (e.g., over time versus in a lump sum).

Kentucky lawmakers have proposed tort reform measures time and time again. However, medical malpractice tort reform has not been passed until recently. In 2017, Kentucky enacted the Medical Review Panel Act, establishing three-person panels to evaluate the merits of proposed complaints before suit could be filed. The “MRP Act” went into effect in June 2017; it was ruled unconstitutional in November 2018 and is no longer the law.

In 2019, the Kentucky Legislature tried its hand at tort reform again, this time by enacting a “Certificate of Merit” law. Kentucky House Bill 429, entitled “AN ACT relating to medical malpractice,” was sponsored by Representatives Chad McCoy, R-Bardstown (a plaintiff’s attorney) and David Osborne, R-Prospect (a realtor). When advocating for the bill, Rep. McCoy claimed to have the support of the Kentucky Chamber of Commerce, the nursing-home industry, and the Plaintiffs’ bar.

HB 429 passed 69-24 in the House and 37-0 in the Senate. The Act was signed by Governor Bevin in March 2019 and went into effect on June 27, 2019. It is now codified at Kentucky Revised Statute §411.167, which is entitled “Certificate of merit for medical malpractice actions.” Unlike its predecessor, the Certificate of Merit Act has not been legally challenged.

The Certificate of Merit Act applies to all lawsuits brought by a patient against a licensed surgeon, dentist, physician, hospital, or long-term-care facility for negligence. It mandates that a patient commencing such an action file a “certificate of merit” with the complaint. The Act defines a certificate of merit as an affidavit or declaration stating that:

The claimant has reviewed the facts of the case and has consulted with at least one (1) expert… who is qualified to give expert testimony as to the standard of care or negligence and who the claimant or his or her counsel reasonably believes is knowledgeable in the relevant issues involved in the particular action, and has concluded on the basis of review and consultation that there is reasonable basis to commence the action…

In other words, the patient-plaintiff must provide a sworn statement attesting that she (or her attorney) has consulted with at least one expert qualified to render testimony about the medical issues involved in the case and that expert believes there is a reasonable basis to sue for negligence. For example, if a patient wants to sue her orthopedic surgeon for medical malpractice arising from hip replacement surgery, the patient must certify that she has had the facts of the case reviewed by a qualified medical expert (presumably an orthopedic surgeon) who found a deviation from the standard of care and plausible medical causation.

The Act is designed to ensure that medical malpractice plaintiffs can only bring a lawsuit when there is medical expert testimony to support the proposed claim of negligence. Proponents of the Act believe it will prevent non-meritorious medical malpractice lawsuits from being filed. However, the Act is probably not the panacea Kentucky’s healthcare community has been hoping for.

First, the practice of consulting with an expert before filing suit has been around for decades and is the general practice of most (if not all) medical malpractice plaintiff’s attorneys. Medical malpractice claims are time-consuming and expensive to litigate. For their own self-preservation, plaintiffs’ attorneys must thoroughly vet such claims before accepting them.

Next, in most cases, a plaintiff is not required to disclose the identity of her consulting expert or the so-called expert’s education, training, experience, certifications, or other qualifications. The Certificate of Merit is signed by the plaintiff or her attorney, not the consulting expert. There is no way to ensure a plaintiff’s consulting “expert” is really an expert at all or that the expert truly performed a competent review of the case prior to filing.

Finally, the language of the Act suggests that only one Certificate of Merit is required per lawsuit even if more than one defendant is named in the original Complaint or is brought into the lawsuit at a later date. This presents an issue where providers of different specialties are sued together or at different times. Using the previous example, the plaintiff could file her lawsuit after having the case reviewed by an orthopedic surgeon. Then, months later, the plaintiff could potentially add the radiologist and infectious disease physician as additional defendants without first having those claims reviewed by an expert. Such an outcome is directly contrary to the Act’s intended purpose.

The Certificate of Merit Act is certainly a step in the right direction. It will almost certainly preclude patients from litigating medical malpractice claims pro se (i.e., without the assistance of counsel), and it may prevent cases involving questionable negligence from being filed. However, in reality, the Act is unlikely to significantly decrease the number of medical malpractice cases filed in Kentucky, and it does nothing to address the “runaway verdicts” awarded by some Kentucky juries.

The full text and voting history of Kentucky’s new Certificate of Merit Act can be located at
apps.legislature.ky.gov/record/19rs/hb429.html
. It should be noted that there are some instances in which a Certificate of Merit is not required; however, those are the exception to the rule and are not discussed here.

Ms. Wurdock is a healthcare attorney who works closely with providers, insurers, and risk managers to defend claims of medical malpractice, wrongful death, nursing home negligence, and violations of resident’s rights. She works at Sturgill, Turner, Barker & Moloney, PLLC in Lexington. Her biography and contact information are available at www.SturgillTurner.com. This article does not, nor is it intended to, constitute legal advice.