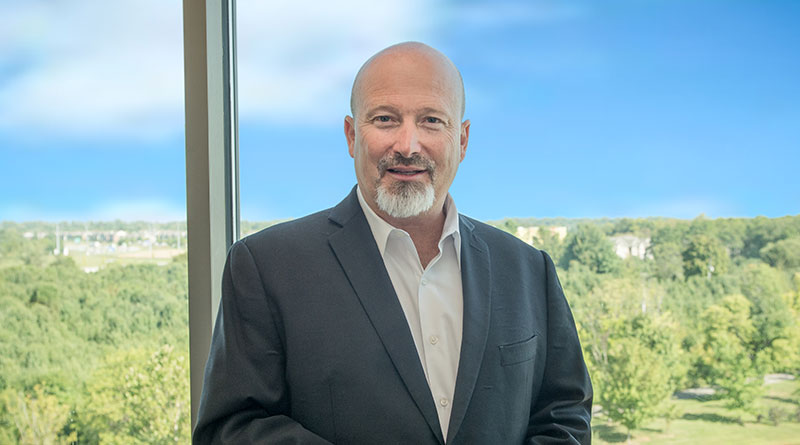 “We spend a lot of money on healthcare and health insurance. The problem is, we’re not spending enough on prevention.”— Whitney Jones, MD

LOUISVILLE In the movie “Karate Kid,” there’s a scene where Mr. Miyagi asks the title character if he’s training to fight. In his light bulb moment, the student responds that he trains, “So I won’t have to fight.”

Make no mistake, Whitney Jones, MD, knows how to treat cancer. He’s trained for it and has years of experience in it. But it’s a fight he would prefer doesn’t take place.

“We’re going on offense against cancer,” says Jones, a gastroenterologist at Gastroenterology Health Partners (GHP) in Louisville. “We are working on becoming the number one state and the first in the nation to develop programs where we can use genetic testing. We spend a lot of money on healthcare and health insurance. The problem is, we’re not spending enough on prevention. The cost of cancer treatments totally overwhelms the cost of prevention.”

That has been the central message and purpose of the Kentucky Colon Cancer Prevention Project, which Jones helped found in 2004. The project’s work includes education, advocacy, survivor support, and health system change.

“It put the work of the state in front of the legislature,” Jones says, noting that a diverse group of leaders from across the state formed the project’s advisory committee. “It added a mix of healthcare, politics, and business that was catalytic.”

The project has received state funding as well as additional funding from the Kentucky Cancer Foundation, which Jones also helped found in 2012. “We have helped pay for a lot of uninsured people to get colorectal cancer screening,” Jones says.

The impact of the Colon Cancer Prevention Project is reflected in the state’s improvement versus the rest of the country. Jones notes that Kentucky ranked 49th out of 50 in the nation in colon cancer prevention statistics when the project was launched. The state also had the highest rates of incidence and mortality in the nation. Earlier this year, Kentucky ranked 17th best in the nation in the same colon cancer related categories and earned an American Cancer Society Achievement Award for the most improved state in the nation for colorectal screening over the past 15 years.

“When we started our work at the Colon Cancer Prevention Project, there was a huge gap between what could be done and what we were doing,” Jones says. “It’s been a broad coalition, including many of our state leaders and city officials. I think it’s proven that Kentucky can address its own problems, we can develop solutions, we can implement them locally, and we can save lives and save money.”

A History of Community Involvement

“It’s a trend across the country where physician practices are either getting bigger or they are getting bought up, with very few small independent practice models still around,” says Jones, who works with Ashok Kapur, MD, and Laszlo Makk, MD, at Gastroenterology Health Partners’ Gastroenterology and Endoscopy Associates locations.

Gastroenterology Health Partners has led the region in the establishment of a large, independent, GI-subspecialty private practice, says Cindy Mattingly, the practice CEO. “Our structure is our advantage. We are able to scale our resources to include a full-scope of GI-related services, which allows us to deliver expert care at the greatest value to our patients,” says Mattingly.

GHP performs in-house testing and has refined the care-coordination loop with patients and referring providers at the center. GI-related testing and results are returned rapidly and care decisions are immediately addressed as a result. “Our strategic mission is rooted in quality, cost, and access, which sets our focus on the wellness of our patients to ensure they have access to the care they need, when they need it, and at the lowest cost. We constantly seek new ways to deliver on that core mission,” says Mattingly. “That’s how we are able to support superior quality outcomes.”

“The single greatest behavioral lifestyle issue with cancer is not being aware of screening and your family risk.”— Whitney Jones, MD

A Visionary for Prevention

In addition to his work with colon cancer and prevention, one of Jones’ primary areas of focus is Barrett’s esophagus and early detection of esophageal cancer. Jones participated in research to prevent esophageal cancer as early as 1999 when he was involved in clinical research studies that proved you could treat early cancer and high-grade dysplasia before it became cancer.

“One of my favorite things to do is to be able to allow people to eat,” Jones says. “Preventing esophageal cancer is amazing. Since 1999, I’ve only had one person under a surveillance program with me develop esophageal cancer.”

That introduction into the power of awareness, early detection, and prevention certainly played a role in Jones’ active participation in prevention and early detection programs today. While health issues have limited his abilities to perform endoscopic ultrasound and endoscopic retrograde cholangiopancreatography in recent years, he has turned much of his attention to preventing cancers from ever developing.

“There are very common factors across all of the GI cancers,” Jones says, noting that smoking, obesity, and poor diet are all behaviors that increase the risk of cancer. “But the single greatest behavioral lifestyle issue with cancer is not being aware of screening, not being aware of your family risk, and not recognizing the signs or symptoms of colon cancer. Those are also all behavioral factors.”

Understanding family history can lead to prevention by tipping primary care doctors to high risk patients who could benefit from early screening or genetic testing.

Genetics: The Future of Screening

“Genetic testing allows us to really hone in on any genetic abnormality and then subject that person and others who are affected in their family to more intense screening, more frequent screening, earlier screening, even risk-reduction surgery,” Jones says. “You can go from having an 80 or 90 percent chance of dying from cancer to living a full life, cancer free, when you identify these people. Instead of waiting until you have cancer to find out you have a bad gene that you got from your dad who died from cancer, we can use your dad’s rough moment to help prevent your cancer from ever happening.”

Jones expects genetic testing to become more commonplace as costs come down and technology continues to advance. In the near future, he also anticipates less invasive tests for colon cancer screening. “I think we will be entering the age of liquid biopsies where we are actually going to be able to identify molecules in the blood that are leaked out by polyps or tumors and will predict who is likely to have colon cancer or a large colon polyp,” he says.

As these preventative measures develop, Jones plans to be an active participant and advocate.