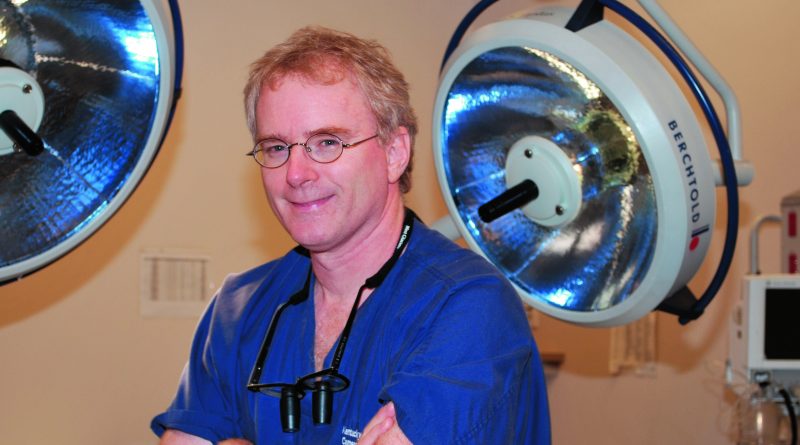 Time to say it. Third party payment undermines the sacred doctor-patient relationship, the basis of Hippocratic medicine, and has been a disaster for our profession. Parties who pay the bills eventually have an opinion about what they are buying and the terms of the deal.

Socialized medicine is the worst manifestation of third-party payment, and any honest assessment of it must admit that it does not work. It has failed everywhere it has been tried, Venezuela being the latest example. Countries that dove in head-first eventually started to drown; they are now back-peddling and privatizing where they can. America is headed in the wrong direction.

It is doubtful, however, that our politicians will ever fully socialize our medical system. Their interest is power, not care, so they picked what works for them—system subjugation for political ends. That is called fascism. A captured industry yields more campaign contributions and votes than one that is owned. And they don’t have to run it.

There is no shortage of physicians who defend socialized medicine. It is easy to strike a moral pose in the defense of universal, “free” care, but what could be better than providing a service and expecting someone other than the recipient to pay for it? That is the definition of a good gig. The moral question lies not in the immediate needs of individual patients. We all want sick people to get necessary care. The question is what is the best policy for our profession, our patients, and our country?

Even to the politicians who voted for it, the Affordable Care Act (Obamacare) was largely opaque when it was signed into law. Some of us warned of its consequences based on the few details that were known at the time. But the demand for free care is infinite, and politicians have a big incentive to deliver it.

So where do we stand? Despite higher taxes and billions of dollars per year in subsidies, fewer people are covered by private insurance than when President Obama took office. There are still millions of uninsured. Insurance premiums and out-of-pocket costs have soared, insurance networks have narrowed, and drug coverage is stingier. The massive Medicaid expansion has been largely purchased with debt. It blew a $300 million dollar hole in Kentucky’s budget alone. People are getting care today that will be paid for by someone else tomorrow through higher taxes, rationed care, and devalued currency.

Obamacare has created health cartels. Hospitals have merged, and, for a variety of very legitimate and very personal reasons, many doctors choose to work for hospitals or large clinic systems. Some doctors believe they have no choice. Our totalitarian neighbors believe we shouldn’t have a choice. Unfortunately, cartel medicine is more expensive. Doctors are generally paid more money for the same services when employed, and much if it goes to people who don’t take care of patients.

Employed physicians are encouraged to send their patients to their employer’s facility for services, usually at higher prices relative to free-standing, private, independent facilities. Employed primary care physicians are encouraged to keep specialty referrals in-house. “Leakage” is the term for referring patients to independent specialists, who might be less expensive.

Obamacare limits the amount of overhead the insurance cartels can spend on administrative costs, incentivizing them to increase reimbursements to the provider cartels. In the end, the higher costs of cartel medicine are borne by patients, taxpayers, and government debt, dumped on the next generation which will need to pay for its own care.

Many aspects of our current medical system are deeply immoral, and we physicians should be pushing back for the sake of our patients and our nation.

The fatal conceit of Obamacare and socialized medicine is the failure to understand that medical care is stuff, a commodity with a price tag. The education of doctors and nurses costs money. Everything in a hospital or clinic, including labor, costs money. The land that medical facilities sit on costs money. Stuff cannot be a right because rights, which are inherent, do not have price tags. Like all stuff, medical care is subject to the laws of economics, one of which is the law of scarcity. If a resource is scarce, it is either allocated by force (politically) or by price (economically).

The fundamental problem in our current medical system is the absence of price mechanisms. Nobody, particularly patients, knows what anything costs. Try to find out what an insurance company will reimburse you for a specific CPT code, or try to find out how much your hospital will charge your patient for a given test. Hospitals are now required to post prices, but they have published data that is useless to patients. The hospital, pharmaceutical, and insurance cartels want to keep it that way—the more smoke the better.

If prices were widely available and comprehensible, patients and properly incentivized third party payers would actively search for the best deals. This would put downward pressure on prices. Insurance companies are starting to steer patients to cheaper facilities, even with inducements, but it is not enough. Competitive pressures among facilities would also lower prices. Repealing Certificate of Need laws would create more facilities. There is only one economic rationale for the continued existence of CON laws—campaign-contributions coughed up by the cartels to protect their turf.

The architects of Obamacare thought they could get more stuff for less money, yet per capita medical spending and debt, both public and private, continue to rise. Increased regulation and price fixing always foster poor quality and scarcity, like longer wait times and drug shortages. Failing markets always induce workarounds.

Direct primary care and “concierge” medicine are two examples. The former is a cash-based system at the point of care; the latter requires an annual fee for unlimited care. Direct primary care appeals to relatively healthy people with high deductibles, and those who cannot afford subsidized insurance. Concierge medicine appeals to people who consider the annual fee a good deal.

Some people choose to spend their money on nicer cars and nicer medical care. That is their right. Some doctors believe they can provide better and cheaper care independently. That is their right. As long as people are free to exchange value for value, independent doctors and patients will remain creative in finding efficient workarounds within an increasingly expensive, centralized, and smothering medical system.

Restoring the Bonds of the Oath

Hippocratic medicine is a service arrangement in which a doctor works only for a patient to their mutual benefit. It is the most economically efficient and affordable form of medical care. Third party payment increases cost, complexity, and inefficiency. It also violates privacy. If interest rates hit historic norms, the federal government will be unable to service its debt and continue its current programs. It should be decentralizing care rather than consolidating it to protect the people.

Displaying vanity and foolishness in the name of justice, the itching totalitarians in our midst started scratching at Hippocratic medicine roughly a century ago. If you scratch something for one hundred years, it starts to bleed. The Hippocratic Oath is ancient. It is based on professionalism and the timeless, efficient economic principle of simple exchange. We physicians should defend it.

Cameron S. Schaeffer, MD, is a triple board-certified urologist, pediatric urologist, and plastic surgeon. He is in private practice with offices in Lexington and Louisville. Dr. Schaeffer can be reached at 859.275. KIDS (5437) or 502.410.4700. His email is cameron@pediatricurology.com, and his website is www.pediatricurology.com.