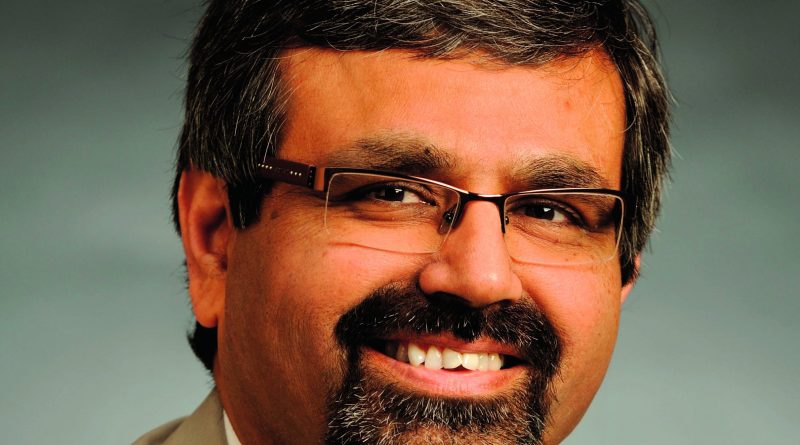 LONDON As Bon Jovi once sang, “I’ll sleep when I’m dead.” That’s the mindset people seem to have — always on the go, working multiple jobs, managing work and family. Meals on the go. Catch up on sleep on the weekends. There will be time to rest when I retire.

First, not only is it unwise to ignore the need for sleep at any age, but as Aqeel Mandviwala, MD, explains, sleep does not always come easily for the elderly.

“As people age, their sleep becomes more disturbed, Mandviwala says. “People after the age of 70 probably have more sleep problems than before the age of 70. That’s often because of other medical issues, such as depression, arthritis, prostate issues. These types of comorbidities tend to cause interference with sleep.”

Mandviwala, who is a pulmonologist, treats patients with sleep disorders in his practice at CHI Saint Joseph Medical Group-Pulmonary in London, Kentucky. He has been in London since 1996, but it was a long journey to get there.

Mandviwala’s life in medicine began at Dow Medical School in Karachi, Pakistan. He graduated in 1985 and moved to London, England, where he became a member of the Royal College of Physicians of the United Kingdom in 1990. He stayed in England for over five years before moving to the United States. While at Wayne State University in Detroit, Michigan, he completed an internship in internal medicine and a residency in internal medicine at Grace Hospital. Then, in 1996, he completed a fellowship in pulmonary medicine at the University of Louisville’s School of Medicine.

When he moved to London, Kentucky, in 1996, he was the city’s first pulmonologist. Since then, he has helped build a robust pulmonology unit capable of handling most patient needs.

“We have created a good pulmonary division here, and now we are able to take care of more things in London, rather than referring them to Lexington,” Mandviwala says.

Among the patient needs that Mandviwala takes care of are sleep disorders. One of the most prevalent of those is sleep apnea. The symptoms commonly demonstrated in TV ads are excessive snoring or the tendency for the patient to hold their breath in their sleep, which causes a bed partner to be concerned. Another common symptom is hypersomnia – excessive daytime sleepiness.

“Sleep apnea probably represents about 80 percent of patients with hypersomnia because their sleep is disturbed due to their tendency to stop breathing in their sleep,” Mandviwala says.

While obstructive sleep apnea can be treated via a surgical procedure in which a laser is used to remove soft tissue and expand the upper airway, Mandviwala says surgery does not cure sleep apnea.

“Studies have shown that a year or more after the surgery, the sleep apnea will come back,” he says. “Surgery is never curative for sleep apnea. Probably less than one percent would benefit from surgical intervention. The continuous positive airway pressure (CPAP) remains the primary modality of treatment.”

Obstructive sleep apnea is much more prevalent in men than women in younger patients. After menopause, however, the resulting hormonal changes make women just as likely to have sleep apnea as men. Older women are also more likely than men to suffer from insomnia.

Mandviwala says insomnia has become much more common ever since the invention of the light bulb. Exposure to bright lights from bulbs, TVs, video games, phones, etc. impact the body’s circadian rhythms.

“Circadian rhythms are affected by light,” Mandviwala says. “All these light sources we have today confuse the body clock.”

While many patients can benefit from medicinal sleep aids, Mandviwala says that elderly patients are unable to use these medications.

“We tend to avoid medication for insomnia in the older populations because they could have a higher risk of falls,” he says. “Most insurances are reluctant to even cover these medications for older population groups.”

Mandviwala also treats less common sleep disorders such as narcolepsy and parasomnia, which includes such sleep disrupters as nightmares and sleepwalking. All of these can impact a patient’s quality of sleep and overall health. Helping them find the solutions is a very rewarding profession. You might even call it a true “dream job.”