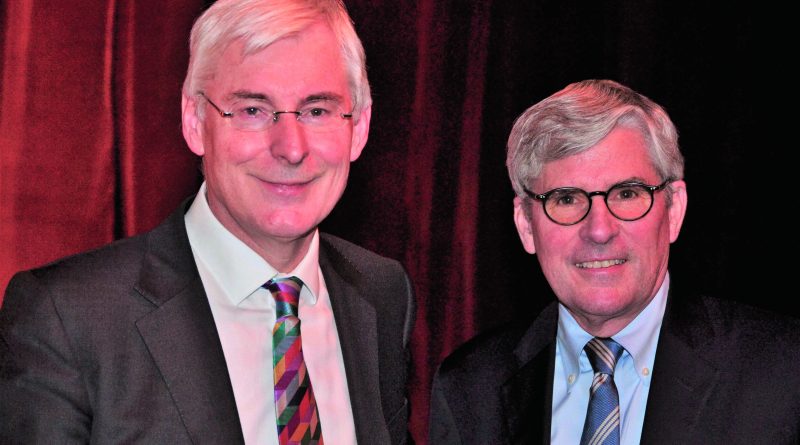 LOUISVILLE The 12th Annual Conference of the University of Louisville Depression Center was held on November 1–2, 2018. David A. Clark, PhD, chair of Experimental Psychology at Oxford, England presented Social Anxiety Disorder: Why Is It So Persistent? What Does That Tell Us About Treatment?

Clark’s presentation focused on “the enormous progress that has been made in psychological treatment research,” specifically evidence-based psychological therapies as the first line treatment for depression, and anxiety-related disorders like panic disorder, obsessive compulsive disorder, agoraphobia, PTSD, eating disorders, and personality disorders.

NICE, the acronym for National Institute for Health and Care Excellence, recommends Cognitive Behavioral Therapy, CBT, as an important facet in treating the majority of these disorders, said Clark, but as yet most of the public doesn’t benefit from advances in psychological research. Surveys show that psychological treatment is preferred to medication by a ratio of 3 to 1.

According to Clark, less than 5% of adults in the United Kingdom who have anxiety or depression received evidence-based psychological therapy. More troubling was the trend over the period 1987 through 2007 in the US that psychotherapy lost market share to medications by nearly 25%.

The Economic Impact of Mental Illness

“Untreated anxiety and depression effects a nation’s Gross Domestic Product by 4% through lost productivity,” said Clark. Of the people with depression or anxiety disorders who are employed, “Half are on the job, but their minds are somewhere else. The other half, just stay at home and call in sick,” said Clark.

This is a significant part of the population, said Clark, “Mental illness is 38 percent of all illness; heart, stroke, cancer, lung, and diabetes are 22 percent. All other physical illnesses are 40 percent.” In fact, with high morbidity rates in the 15–29 and 30–44 year-old populations, “mental illness is the main health problem of working age adults is rich countries,” stated Clark.

The Future of Treatment

Clark was enthusiastic about using technology while treating long-term mental health conditions. He believes that “greater use of digital platforms to maximize geographic reach” is key. Coupled with video-conferenced and typed therapy sessions, the digital consult will deliver therapy to people in their homes “with asynchronous therapist support,” said Clark, coupled with video-conferenced and typed therapy sessions. The public benefit of internet delivery of mental health therapy will be “a 50–80% reduction in the therapist’s time, so therapists can treat more people.” Also, within the privacy of their homes or computer, patients can “access treatment anywhere, anytime, with less stigma.”