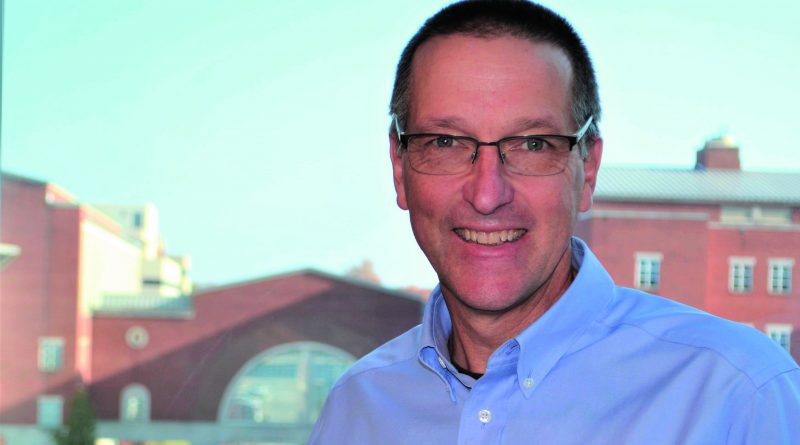 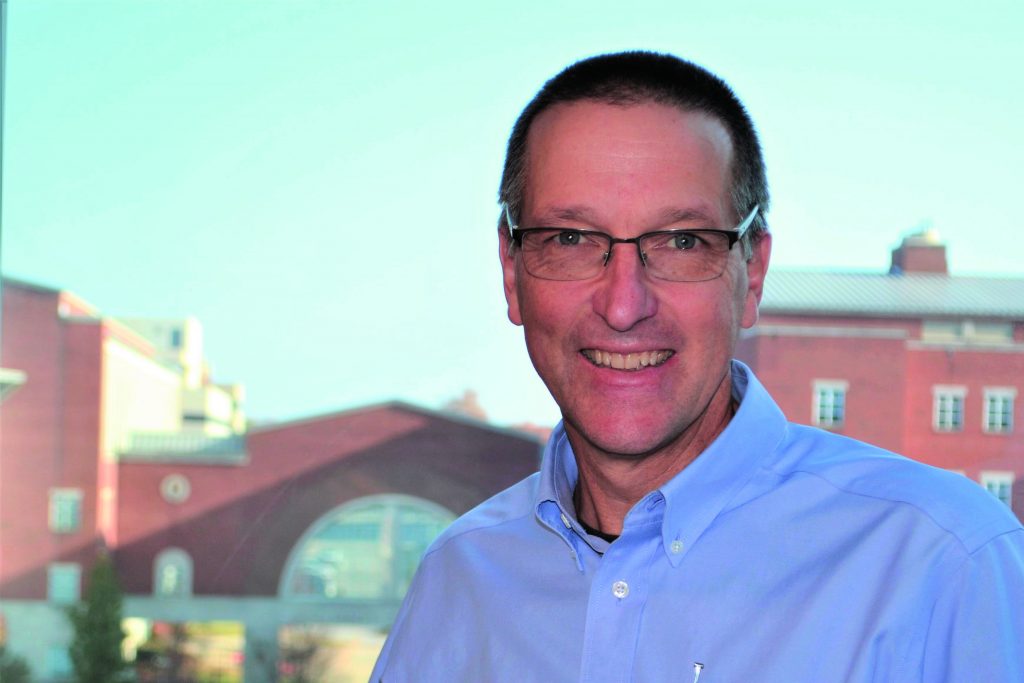 LEXINGTON In the words of Roman statesman Marcus Tullius Cicero, “The eyes like sentinels occupy the highest place in the body.” Ralph Waldo Emerson echoed this sentiment when he wrote, “The eyes indicate the antiquity of the soul.” The University of Kentucky Department of Ophthalmology and Visual Science is making certain that Kentuckians have access to the most comprehensive care for this revered organ.

Guiding these efforts is department chair Andrew Pearson, MD, who has been with UK since 1994 and became chair in 2002. In that time, he has witnessed the department be “blessed with continued growth.” Pearson has been a key figure in the UK Advanced Eye Care expansion from eight exam rooms housed on the first floor of Chandler Medical Center to their new home on the fourth and fifth floors of the new Shriners Hospitals for Children Medical Center, which boasts 51 fully-outfitted ophthalmology patient rooms.

Prior to coming to UK, initially for a year of research followed by a three-year residency, Pearson received his medical degree from the University of Cincinnati College of Medicine. He also completed an internship in internal medicine from Geisinger Commonwealth School of Medicine in Danville, Pennsylvania and a fellowship at the Duke University Eye Center in Durham, North Carolina.

The ophthalmology department’s expansion goes beyond physical space and encompasses a booming patient population and subsequent increase of faculty and staff to serve them. Pearson states, “We’ve grown from a department with a few faculty members that didn’t cover all of the subspecialties to a department that has multiple providers in even the most specialized areas who are very well-trained and provide high quality care.”

This care runs the full gamut with patients ranging in age from babies in neonatal intensive care to baby boomers suffering from macular degeneration. And, as a major trauma center, they treat a broad spectrum of ocular trauma in patients of all ages. Along with common presentations such as diabetic retinopathy, glaucoma, cataracts, and macular degeneration, the department is capable of handling the most complex conditions such as eye cancers and genetic diseases.

“We have all of the subspecialty ophthalmology practices on-site. So, if you have a complicated eye problem, we’ve got glaucoma surgeons, cornea surgeons, pediatric eye surgeons, oculoplastic surgeons, and retinal surgeons. We offer everything from routine primary eye care all the way to management of the most complicated conditions,” says Pearson.

Pearson stresses that regular eye exams are of utmost importance since findings in the eye often point in the direction of other diseases. “Often times the eye is a window into what is going on in the rest of the body. The retina is one of the few places where we can look in and see the vascular network and capillary beds, so there are multiple systemic diseases that have ocular manifestations.”

“My goal is to provide outstanding eye care to all the folks in Kentucky and I think we’ve come a long way in being able to meet that goal.”— Andrew Pearson, MD

As a teaching facility within the College of Medicine, the department focuses on education and research alongside patient care.

On the education front, the department offers a long-established ophthalmology elective rotation to medical students and has a highly sought-after residency program with up to 400 applicants vying for four spots. According to Pearson, “We have an outstanding educational program for residents in optometry and ophthalmology and fellows in a variety of subspecialties.”

Department faculty have also contributed significant research and innovations to the field. UK eye doctors were responsible for developing the first implantable drug delivery system for the treatment of eye disease. Also, multiple FDA-approved treatments for retinal disease were initiated by research from UK. Pearson says, “Our department has made substantial contributions in the research arena. We’ve been a major contributor to the science of ophthalmology. And, we continue to grow that.”

In addition to these contributions, UK’s Department of Ophthalmology and Visual Science has recently launched two exciting initiatives.

One is in the emerging realm of telemedicine and targets diabetes, which is prevalent throughout our state. “In Kentucky, diabetes is rampant. There are studies that show the incidence of diabetes is increasing. And, certainly, in eastern Kentucky it is a very significant problem both with managing the complications and trying to develop strategies to detect and screen for earlier onset disease,” says Pearson.

Special fundus ophthalmic cameras are being made available to primary care staff and providers who are trained to take retinal photographs of patients at their local provider’s office. The images are then sent electronically to specialists who can assess for diabetic retinopathy and any other ocular issues and then suggest appropriate treatment. Pearson explains, “Once problems are identified it requires follow-up. You haven’t done the job if you haven’t gotten the patient the care they need.”

Another addition to the department’s programming is the University of Kentucky Global Ophthalmology (UK GO) program. The program’s stated mission is “to prevent avoidable blindness by fighting eye disease across the Commonwealth and beyond.”

Pearson states, “Our global ophthalmology is truly global, in that half of that program is concentrated on the folks at home.” He goes on to say, “While it is important to help underserved areas in other parts of the world, we don’t lose sight of the underserved populations that are right here close to home.”

So, in addition to their main location in Lexington, the department has offices throughout the state, as far east as Hazard and Harlan and as far west as Campbellsville. According to Pearson, “We have the largest group of ophthalmologists in the region with somewhere in the range of 70,000 patient visits per year.”

He adds, “My goal is to provide outstanding eye care to all the folks in Kentucky, and I think we’ve come a long way in being able to meet that goal.”