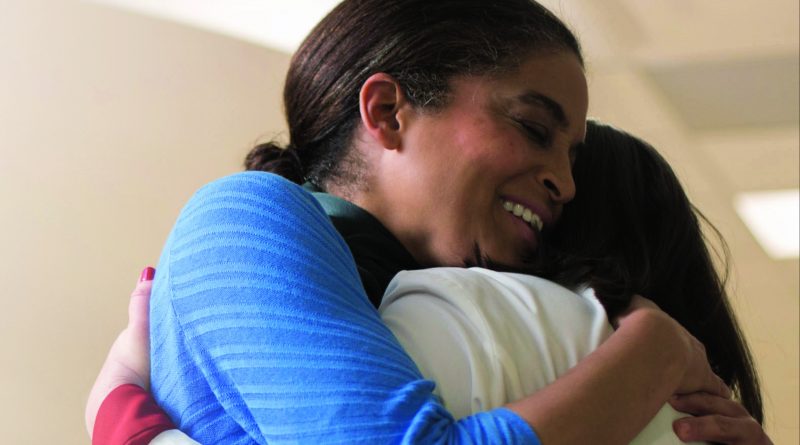 LOUISVILLE When medical oncologist Elizabeth Riley, MD, noticed she was seeing more breast cancer patients under the age of 45 than when she first started practicing, she was curious about why.

“The average age of my patient population is fifty to sixty years old, but I saw so many young women that I called the cancer registry to ask if the age of breast cancer was shifting, but they said no,” says Riley. “Their data indicated that on a year to year basis, they were not getting younger. I wondered if it was something about an academic medical center or was it Louisville, specifically?”

Through those research questions, Riley, a medical oncologist and deputy director of the University of Louisville James Graham Brown Cancer Center (JGBCC), found that women under age 45 had unique needs that weren’t being addressed. In 2017, she created a new program at the JGBCC called HER, an acronym for hope, empower, and restore.

HER – A Unique Cohort

When she conceived of the idea, the oncologist solicited input from her younger patients, who proved helpful in planning, strategizing, and prioritizing what the program should concentrate on. One patient, who is an artist, designed the program’s logo.

According to Riley, HER partners with key specialists to offer services tailored for the patient population. These include reproductive endocrinology and an onco-plastic surgery team that focuses not only on reconstruction, but on the cosmetic outcome, which is “something important to every woman regardless of age, but that may be more pronounced in younger women.”

In addition, the HER program collaborates with a social worker trained in sexual health counseling. “She meets one-on-one with patients or with their partners to talk about strategies to preserve sexual health which may be compromised by treatment,” says Riley. “Historically, this is something that is not at all addressed.”

Riley says she wants other providers to know that the HER program is available for primary treatment, second opinions, episodic appointments, or referral to a particular reproductive endocrinologist or plastic surgeon. “Our goal is to align these women with experts not available everywhere, but they don’t have to leave their doctor to do so.”

Women with breast cancer under 40 can present distinctive clinical challenges. Since many have not yet received a mammogram, Riley says their cancers are diagnosed at a later stage and require more treatment. She goes on to explain that often there can be a delay in diagnosis because a breast mass in a woman under 40, nine times out of ten, is not going to be cancer. Doctors may go through other diagnoses before a mammogram screening. Lastly, if they do get an early screening, with the particular breast density common in this group, a mammogram alone may not be enough.

Once diagnosed, a challenge with this cohort is how to undergo fertility treatment safely, but in a timely way, considering that the In-Vitro Fertilization (IVF) or ovulation induction cycle may take three to six weeks.

“It’s a misconception that pregnancy during breast cancer cannot be achieved,” says Riley. “In close collaboration with our gynecological high-risk colleagues, there are often ways to treat women that are still safe for the baby and can adequately treat breast cancer at the same time.”

The question of fertility for women after breast cancer treatment is whether they can have IVF, considering that they often need five to ten years of post-cancer medication. “The benefit of aligning this program with a reproductive endocrinologist is that she is knowledgeable about how to start an abbreviated induction in these women to preserve some eggs or embryos, and also treat breast cancer in a timely way,” states Riley.

Physician attitudes about pregnancy after breast cancer are also outdated. Riley explains, “A survey of oncologists revealed most of them advised women not to become pregnant after cancer, but there is no validity in that.” She adds, “Pregnancy is not associated with any adverse effects for return of cancer. In fact, women who are pregnant after breast cancer actually have a better survival rate.”

The HER program provides Riley the platform to discuss with patients what sort of risk-benefit scenario they’re willing to accept and what could be added to their regimen that offers a degree of benefit but preserves fertility.

“We want her to know that breast cancer doesn’t completely alter what trajectory a woman had envisioned for her life.”
— ELIZABETH RILEY, MD

Goals of the HER Program

Riley says she has been pleased with the patient response to HER. “Our goal in this first year was to streamline and align services to make it easier for women to navigate, and I believe that’s been a success.”

For the second year, HER hopes to establish a community-based event, such as a luncheon or educational forum, where these younger female patients can share the unique experiences they are going through with cancer.

Riley says the long-term goal of HER is to provide a research home for this patient population. “Women less than forty or fifty tend to have worse outcomes than older patients, with one theory being that the research questions we are studying in older women may not be as applicable in younger women,” she says. “We need dedicated clinical trials for this population in fertility treatment for pregnancy and optimal treatments to reduce recurrence risk.”

HER = Hope, Empower, and Restore

Riley, 42, who serves as Governor of the Kentucky Chapter of the American College of Physicians, acknowledges that, despite decades of advancement in treatment options, the notion that cancer is a highly curable disease for everyone is just not true. Breast cancer is still the leading cause of death of women under 40 and remains incurable. “We have to figure out how to give a woman her best option and balance her quality of life while we wait for science to catch up.”

The title HER (Hope-Empower-Restore) encapsulates what Riley hopes the program can give to younger women.

“Hope is about multidisciplinary care all in one place that provides the right treatment and that fertility is preserved if needed, so life after breast cancer can be lived fully,” says Riley. “It also represents hope for a cure. They can know they are receiving care by physician and scientists who have a unique interest in them and can give them the most up to date treatment recommendations.”

“Empower is about empowering them with choices and understanding that one size does not fit all in a patient population. There are options depending on what goals of therapy may be.”

Riley explains Restore by pointing out, “For a woman under 45, who may be starting a family or career or with young children at home, breast cancer treatment can take her into a direction she never thought she’d be going.” She adds, “To restore is to allow her to continue those aspects of life—career, relationships, sexual health, and family. We want her to know that breast cancer doesn’t completely alter what trajectory she had envisioned for her life.”