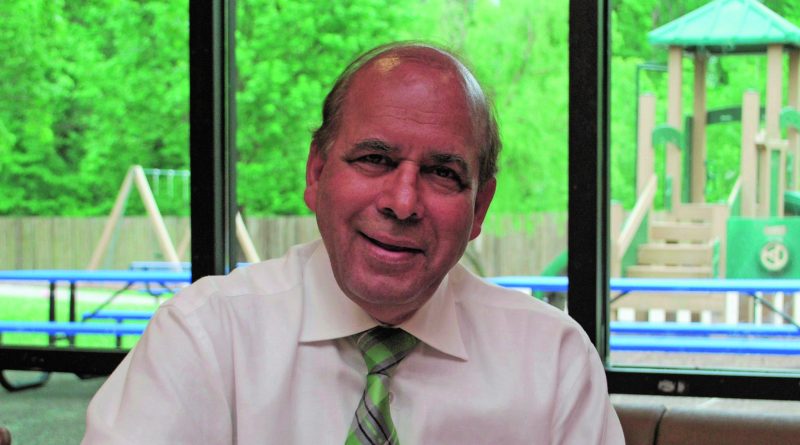 JEFFERSONVILLE, IN Many physicians follow their calling. Few, however, go to such lengths to do so as Mohammad Afzal Mian, MD.

Mian, who is a psychiatrist specializing in pediatrics and adolescents, has a private practice at Wellstone Regional Hospital in Jeffersonville, Indiana. He grew up in Pakistan and attended medical school there, graduating with distinction from King Edward Medical University in 1971. He remained in Pakistan after graduation and started a medical practice.

“While I was in private practice, I became interested in psychiatry,” Mian says. “I felt the patients I was seeing needed more help. Not just prescribing medication, but they needed somebody who could really spend some with them, listen to them, and help them. That was the basis for my interest in psychiatry.”

But there wasn’t much opportunity to study or practice psychiatry in Pakistan. “In third world countries, you don’t see psychiatry as a very favorable specialty,” Mian says. Instead, his calling brought him to the United States in 1977.

Mian attended the University of Louisville School of Medicine, completing three years of general psychiatry and a two-year fellowship in child psychiatry. After working with the state hospital, he went into private practice in the late 1980s and has been in private practice ever since. He has an office at Wellstone Regional Hospital and is the hospital’s director for youth services.

Mian treats about 20–25 patients per week via his outpatient practice in addition to treating an average of 15–20 patients who are inpatient at the hospital.

“We see children come in with aggression, anger issues, depression, anxiety, and phobias,” Mian says. “Some are psychotic, some are suicidal, some are having issues with substance abuse. Some are dealing with neglect or abuse.”

He says the most common presentation is a child dealing with anger, aggression, and possibly threatening suicide. The family comes in seeking help. The process begins with an evaluation by a registered nurse or master’s level social worker. “They will see the patient, talk to the family and gather information,” Mian says. “If they believe the patient needs to be admitted, they will call me and give me the information and get approval for inpatient treatment.”

Ideally, inpatient is only for patients who are severe and acute, unable to maintain themselves. “If they are making threats, if they are suicidal, if they have a plan, if they are homicidal, of course we will not let them go,” Mian says.

Mian notes that the numbers of patients he sees tends to drop when school is on summer recess, simply because frequently the referral comes from the school. Once referred, the patient assessment process includes a questionnaire and interviews with the patient, family, and school. All of those are taken into consideration when determining the course of treatment. Mian says he takes all of that into account, while also leaning on what he learned raising his own five children.

“You can read books about psychiatry,” he remarks, “but I read my kids.”

Advancements and Changes in Pediatric Psychiatry

That experience as a father served as a firm base while Mian has navigated many changes during his nearly 40 years in practice. Not only have there been changes in perception about the profession and the stigma of seeing a psychiatrist, but there have also been changes in diagnoses and treatments. For instance, Mian points to the relatively recent identification of the autism spectrum disorder.

“In the old days, everybody was diagnosed with adjustment disorder,” Mian says. “Now we can see all kinds of diagnoses including the autism spectrum disorder. In the past, these patients were mislabeled. One out of 68 children has autism, and it occurs four times more often in males than females. They are hard-to-treat patients. There are not very many resources for the families; they don’t know where to go, where to get help. It’s a big issue for society.”

One potential treatment is transcranial magnetic stimulation (TMS), which uses magnetic fields to stimulate nerve cells in the brain. TMS has most commonly been used in treatment of depression, but there have been some uses for it recently in attempting to treat autism and addiction. Mian says he has not used TMS in any treatments but is eager to see more study results on its effectiveness for these hard-to-treat patients.

Mian says that addiction and children of addiction present a particularly different patient base.

“Unless we deal with the real issue that is out in the community, we cannot do much,” Mian says. “We detox them, and we suggest they go into intensive outpatient program and get help, but most patients don’t follow through with that. Less than ten percent of those patients are serious about getting help.”

While the number of child addicts coming into Mian’s practice is relatively low, he also treats children with addicted parents. He says these children often present with aggression, abuse, and neglect. He values the opportunity to work with them and help them carve a better future for themselves.

“I would like my fellow physicians to know that when they see their patients, they should not just see the patient; they should see the complete picture.”— Mohammad Afzal Mian, MD

“Working with children, you can at least intervene at an early stage,” Mian says. “Otherwise they will be just like their parents. We can teach them some coping skills so they can finish school, get some training, and find a job.”

Whatever the patient presentation – addiction, autism, depression, anger – Mian says that every effective treatment begins with communication and taking the time to get to know and understand the patient.

“I would like my fellow physicians to know that when they see their patients, they should not just see the patient; they should see the complete picture,” Mian says. “They should know about their family, about their background, where they are coming from. Their focus should be broader than just spending a few minutes with that person. If they do that, it can reveal so many things we don’t know.”

Mian takes pride in the relationships and trust he develops with his patients. He shares stories of patients who travel many miles to see him, even though there are other highly capable psychiatrists closer to them. Mian understands that it’s because they feel comfortable with him. When you follow your heart, the miles don’t matter so much.