The last day of the Kentucky 2018 legislative session was April 14, 2018. Here is a brief review of some of the bills that may relate to healthcare providers, including both those that succeeded and those that failed to gain passage in 2018.

After several failed sessions, the “peer review” statute making “peer review” privileged from discovery in medical malpractice action passed both houses and on March 9, 2018 was signed into law by Gov. Matt Bevin. Before passage of this law, peer review investigation following a medical incident could be discoverable in a subsequent medical malpractice action. Under the new law such post-event investigation and analysis allows medical professionals to confidentially review the work of their peers without the information being used in litigation. Kentucky was one of only two states without these protections.

Senate Bill 112 passed the Senate and House and was signed by the governor on April 26, 2018. Senate Bill 112 encourages new communication technologies in the treatment of patients. Telemedicine connects parties with specialists that may not have offices in the area reducing long commutes to see healthcare providers.

House Bill 148 passed the House and Senate allowing hospice to dispose of the controlled substances of a deceased hospice patient as a step to curb the opioid crisis. On April 2, 2018 the governor vetoed the bill. Both chambers voted to override the veto on April 14, 2018.

On March 1, 2018 the Senate passed SB 20 and sent the bill to the House, but this legislation died in the House Judiciary Committee. The Senate proposed a law limiting the amount of damages a plaintiff’s attorney can receive from their client’s award in a malpractice or malpractice-related claim against a healthcare provider. Typically, plaintiff’s attorneys sign an agreement allowing the attorney to recover up to 40 percent of a settlement or award. SB 20 would have limited the amount an attorney could recover to 35 percent of the first $100,000 awarded; 25 percent of the next $100,000; and 10 percent of any amounts over $200,000.

Another section of SB 20 prohibits expression of sympathy, compassion, commiseration or a “general sense of benevolence relating to the pain, suffering or death of an individual” from being admissible in a subsequent malpractice action against the physician. This would allow the physician or medical providers to express condolences and sympathy without concern that the statements would be used against the medical provider in litigation. However, statements of fault, negligence or culpability would remain admissible in subsequent litigation.

Senate Bill 20 also proposed an adjustment to the Medical Review Panel process at KRS Chapter 216C by allowing an “affidavit of merit.” The affidavit allows a plaintiff to avoid the Medical Review Panel process and file their medical malpractice lawsuit in court if an expert will opine that the medical provider breached the standard of care and caused an injury. The affidavit must include a statement that the expert receives more than 50 percent of his or her revenue from clinical work.

As noted, SB 20 failed to pass out of the House of Representatives.

House Bill 428 did not pass the Senate Health and Welfare Committee. HB 428 would have required emergency workers to detain people whom they treat for overdosing on heroin or other opioids and take them to a hospital so their drug abuse could be assessed. The bill was limited to Louisville, Lexington and Northern Kentucky. People usually would be released within 72 hours.

Also left on the table was the proposed amendment to the Constitution of Kentucky to be voted on by Kentuckians to allow the General Assembly to limit the amount of damages and to create uniform statutes of limitation and statutes of repose to personal injury litigation.

E. Douglas Stephan is a medical malpractice defense attorney with Sturgill, Turner, Barker & Moloney, PLLC. He can be reached at dstephan@sturgillturner.com or (859)255-8581. This article is intended to be a summary of state law and does not constitute legal advice. 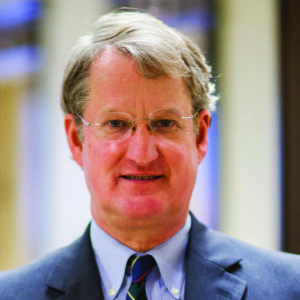 E. Douglas Stephan is a medical malpractice defense attorney with Sturgill, Turner, Barker & Moloney, PLLC. He can be reached at dstephan@sturgillturner.com or (859) 255-8581. This article is intended to be a summary of state law and does not constitute legal advice.