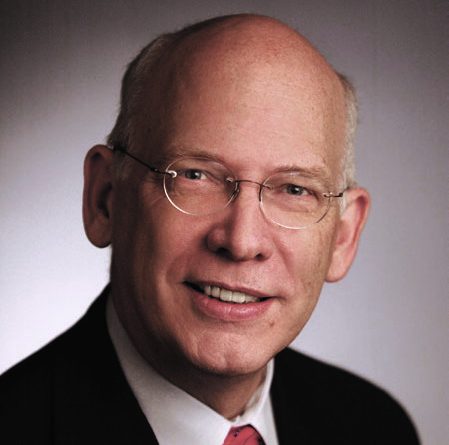 This past year, Halloween was barely over when House Republicans introduced their version of tax reform with the goal of getting something into law before Christmas. Few observers thought such an undertaking could be done within seven short weeks. But, that is exactly what happened. In the hectic days that preceded Christmas, the president signed into law what was billed as massive tax reform.

An oft-stated goal of tax reform is simplification. The promise was a postcard-size tax return, but simplification in Washington- speak seems to be merely a reduction in tax rates. Rate reduction can only be achieved if cherished deductions and credits are done away with. This bill could hardly be called simplification.

According to the Tax Policy Center, as reported in the Washington Post, over 80% of Americans will get a tax cut in 2018, while just 5% of taxpayers are expected to pay more. Who falls into which category is very circumstantial with a lot of factors to consider.

This is by no means a comprehensive look, but given many of your questions lately, an overview is in order.

2. The standard deduction nearly doubles to $12,000 for single filers and $24,000 for married filers. This move reduces the incentive to itemize and is a point of some simplification.

4. The rules for charitable contributions remain largely unchanged, but the limit did increase from 50% to 60% of adjusted gross income for many contributions.

By itself, the combination of these factors will provide some tax relief for most families. But I must caution, it depends on your individual circumstances. Hitting many readers of MD-Update, other changes to itemized deductions could have a more substantial impact, including the following.

5. There will be a $10,000 cap on deductions for taxes such as state and local income tax and property tax. This will negatively affect many of you.

6. Miscellaneous itemized deductions have largely gone away. That means that deductions for investment fees and tax preparation fees will be eliminated. Most employee business expense deductions will also vanish.

7. For investors, the preferential treatment for long-term capital gains and dividends remains intact, as is generally the case for retirement accounts.

One important change to note is that the new law repeals rules that allow for recharacterizations of Roth conversions back into traditional IRAs. Once you convert into a Roth, there’s no going back.

8. The 3.8% Medicare surtax on investment income for high-income taxpayers was retained.

9. The AMT for individuals was not repealed as advertised, but exemptions have been widened.

10. The estate tax survived, but the exemption per person will double from $5.6 million to $11.2 million per person. (This high exemption doesn’t eliminate the need for effective estate planning to control the disposition of one’s estate.) The annual gift tax exemption was increased to $15,000 from $14,000.

11. Starting in 2019, the new tax bill does away with the Obamacare mandate that requires all individuals to obtain health insurance.

Finally, it’s important to point out that many of the changes in the tax code for individuals will sunset in 2025. While many may eventually be made permanent, as we saw with the Bush tax cuts of 2001 and 2003, there’s no guarantee this will happen again. This always makes for interesting, yet challenging, planning opportunities.

12. And for businesses: The 21% corporate tax rate applies only to C-corps. There will be a 20% deduction for pass-through entities, such as S-corps, partnerships, and LLCs. I believe this will be a welcome benefit for many business owners, but don’t simply estimate a 20% deduction on your practice income. Many professionals, doctors included, will have limitations placed on the deduction.

Undoubtedly, the rewrite of the tax code will produce unintended benefits and unexpected consequences. We have begun to project the impact for our clients to eliminate surprises.

From an economic standpoint, Congress and the president hope to unleash the “animal spirits” that have been lethargic for much of the economic expansion. They hope that changes, especially as they relate to business, will encourage firms to open new plants, expand in the US, and level the playing field with the global community. The question remains – will it work? About 90% of economists surveyed by the Wall Street Journal expect a modest boost to growth in 2018 and 2019, but after that, opinions diverge. Frankly, I have my doubts. The kind of hoped-for growth would only be fueled by borrowing and spending, a la the roaring ’90s. Boomers aren’t likely to do that, and younger folks can’t, not just yet anyway.

Again, I understand that uncertainty breeds questions and concerns. If you would like to talk, I’m simply a phone call or an email away. I’d be happy to talk with you. To download the rate tables and other financial facts for 2018 go to my website. It’s free.

Scott Neal is president of D. Scott Neal, Inc., a fee-only financial planning and investment advisory firm in Lexington and Louisville. You may call him at 1-800-344-9098. Or email to scott@dsneal.com