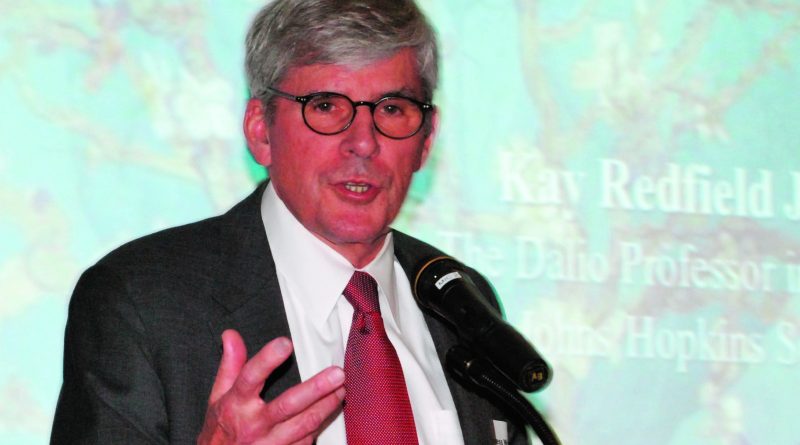 LOUISVILLE For over 25 years, Jesse Wright, MD, PhD, has committed the main body of his work and research to treating and researching depression. Always on the forefront, he is now using computer-supported technology creating a multi-media psychotherapy approach to help doctors treat depression.

Ten years ago, Wright was the founding director of The University of Louisville (U of L) Depression Center. The mission of the Center is to serve as the major regional resource for the treatment of depression and bipolar disorder research and education. He was an early adopter in a nationwide movement. There are now 26 depression centers throughout the United States, “All in university settings such as Stanford, Hopkins, Iowa, Michigan and Cincinnati,” says Wright.

Wright received his undergraduate degree from Juniata College in Huntingdon, Pa. and obtained his medical degree at Jefferson Medical College, Philadelphia. He completed his psychiatry residency training at the University of Michigan where he was chief resident and received his board certification in psychiatry in 1975. Dr. Wright earned his PhD from the U of L in 1986. Wright was the founding president of the Academy of Cognitive Therapy and the president of the Kentucky Psychiatric Association.

Wright has authored eight books on the subject of mental health and depression. The most recent is Learning Cognitive Behavioral Therapy; Breaking Free from Depression, 2nd edition. Wright says his current work is “in primary care, creating a system for delivering cognitive behavior therapy (CBT) for primary care physicians to use throughout the state of Kentucky.”

Patients, who are referred to Wright’s research program by their primary care physician for depression, are able to work on their own, using a CBT online worksite which is enhanced by a weekly 20 to 30 minute computer-supported consultation with a trained therapist or “coach.” The patient accesses the CBT program by their laptop, tablet, or any computer, but not their cell phone.

Wright explains, “I was concerned that someone might be in the middle of their CBT session on their phone and get a little ping’ that told them they had a message. It takes a concentrated effort for CBT to be effective.” Some mobile phone apps for relaxation can assist in the success of CBT, but Wright emphasizes that uninterrupted sessions may be needed for effectiveness.

Success has been measured by NIH-supported studies including two randomized controlled trials in which the computer-supported groups did just as well as standard in-person therapy. The great advantages, says Wright, are that “The computer-supported CBT can improve access to effective treatment, provide interactive learning experiences not found in standard treatment, and save a great deal of time and money.”

The goal of computer-supported care, says Wright, is “not to replace therapists but to help clinicians treat more people with available time, while enhancing the therapy experience.”

Evidence Based Treatment that Works

According to Wright, over the years there has been much research on both psychotherapy and pharmacotherapy to treat depression and anxiety. Some of them work better than others, but “CBT is the most heavily researched and has been proven to work through over 400 randomized clinical trials.”

Women are more likely to exhibit depression than men, says Wright. “Initially this was thought to be a recording bias, but the data shows it is based on actual findings of fact, about 2/3 to 1/3, women to men. Depression can be seen across the life-span, in its earliest stages in pre-teens, all the way through the adult and senior population. One out of 5 people have symptoms of depression. But only 50% seek treatment, and a minority have access to CBT.”

Suicide rates among the senior population are on the rise, and there’s “even a bump in the suicide rate among the middle age population,” says Wright. “We’re not yet sure why that is happening. One of the special features of CBT is that it has been shown to dramatically reduce suicide attempts.” Thus, Wright tries to employ CBT with all of his patients with suicidal thoughts.

Treatment options for depression have advanced dramatically in recent years, says Wright, pointing to the use of computers to bring specialized care to a wider portion of the patient population, availability of newer more tolerable medications, development of evidence-based psychotherapies, and transcranial magnetic stimulation (a series of magnet induced stimuli of brain areas involved in depression). His message to primary care doctors is that a combined approach of medication or other biological treatments plus effective psychotherapy offers the best hope for severe depression. His book for the general public, Breaking Free from Depression: Pathways to Wellness details elements of a comprehensive approach to depression. “There are so many more things we can do now than we could before” says Wright.