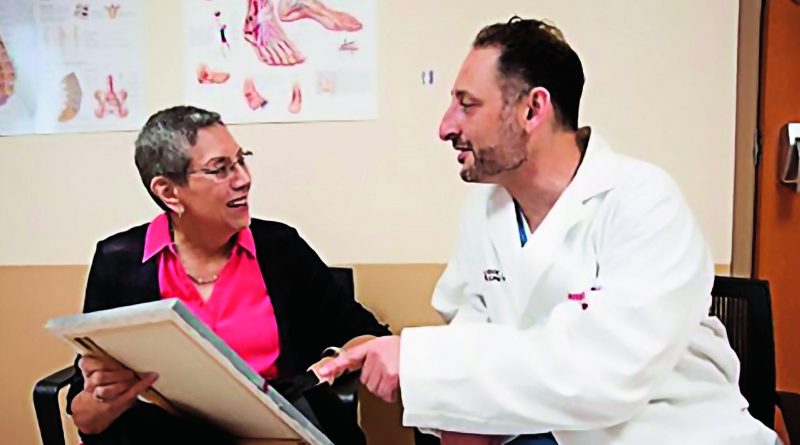 LOUISVILLE When tremors progress to a certain degree, they can severely reduce the quality of life of the individuals who suffer from them, making everyday activities like dining out, writing a thank you note, getting dressed, or even playing a game of cards nearly impossible.

“It was affecting me in eating, in writing, and in speech. The medicine was not allowing me to control the symptoms anymore,” explained Kathleen Prezocki. “Trying to put a necklace on and trying to get that hook in there – my goodness that was frustrating!”

But now, thanks to the St. Jude Medical Infinity™ Deep Brain Stimulation (DBS) system, there is an effective alternative solution. DBS, which delivers electrical impulses to the brain, similarly to a pacemaker delivering impulses to the heart, has been used to control tremors for 20 years. But, the St. Jude system, which was recently approved by the US Food and Drug Administration (FDA) for patients with Parkinson’s disease and essential tremor, features a directional lead which customizes the therapy for each patient. This precise customization reduces side effects while maximizing outcomes for patients. In addition, the precise control of the direction of the electrical stimulation reduced strain on the battery, resulting in longer battery life. It also employs a user-friendly iPod Touch controller, which is familiar for patients.

Of the device, neurosurgeon Joseph Neimat, MD, says, “This therapy can make a dramatic difference in a patient’s quality of life, particularly if they like to write, to play piano, to eat soup. And even though it is brain surgery, it’s a relatively low-risk surgery.” Neimat, who has implanted several hundred DBS devices, is the chair of the U of L Department of Neurological Surgery.

Prior to coming to U of L, Neimat served as medical director of inpatient neurosurgery and neurosurgery operating rooms at Vanderbilt University in Nashville, Tenn. He also was chief of neurosurgery for Tennessee Valley Health Care of the Veterans Administration and held joint appointments with Vanderbilt’s Center for Integrative & Cognitive Neuroscience, Psychiatric Neuroimaging Program, and Department of Psychology.

Neimat earned his BA at Dartmouth, double majoring in music and biochemistry, then went on to earn a master’s in neurobiology and a medical degree from Duke University. He then completed his residency at Massachusetts General Hospital in Boston and a fellowship in functional neurosurgery at the University of Toronto. He is board certified in neurological surgery.

Upon learning about the new and improved DBS device, Prezocki opted to become the first patient in the region to receive the St. Jude device to control tremor in her right hand. Neimat provided the implant for Prezocki at Jewish Hospital, part of KentuckyOne Health. Prezocki has seen major improvements since activating the device. “I can write again!” she stated. She has also been able to stop taking tremor medications and play bridge without a card-holder.