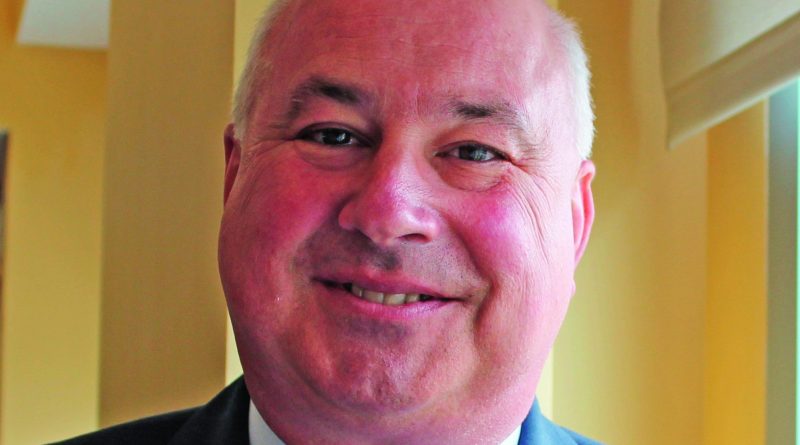 LEXINGTON The opioid epidemic in the United States has recently been declared a public health emergency. Drug overdose is now the leading cause of death among Americans under 50. University of Kentucky (UK) College of Pharmacy professor, Daniel Wermeling, PharmD, has spent the last 40 years working with academic and community partners to battle this crisis by improving the distribution of Naloxone, a spray form of an anti-opioid drug, to those who are most at risk.

Wermeling entered UK in 1977, joined the faculty in 1990, and has since focused his research on the design, formulation, manufacturing and clinical testing of drug application methods. “A lot of my research, in the early days, was on pain management. We were involved in studying some of the new opioid-related compounds and drug delivery systems that are now approved. We have been working with the Health Department and other organizations in our communities, and even in the counties surrounding Lexington, with education, offerings, and to provide Naloxone to individuals and families who are at high risk of overdose,” says Wermeling.

In 2009, Wermeling began developing new intranasal methods to administer Naloxone through 24 prototypes that were tested at UK. It was then fast-tracked by the FDA, and distribution began. Wermeling explains, “I would contact some of the organizations that I knew had individuals in residence who were recovering. Then, I learned more about locations in Fayette County where individuals who were at high risk, who weren’t in treatment, were located. When I had learned that Fayette County had approved needle exchange for the Health Department, it was clear that that was the highest risk population in the county.”

When an opioid overdose occurs in the body, the drug interacts with neuroreceptors in the brain to provide pain-relief, but when it’s too much, an area of the brain that tells our bodies to breathe automatically is affected and rate of breath gradually diminishes. When Naloxone is sprayed, it blocks the neurological effects of the opioid on the brain’s receptors to a point where people wake up and start breathing. Wermeling’s intranasal spray has allowed police, ambulance services, and paramedics to now administer Naloxone directly into an overdosing patient’s nose without the hazardous use of needles.

Wermeling is now working with Lexington’s anonymous needle exchange program to distribute Naloxone. “At the clinic, there are all walks of life. From people that were homeless to those who look like they have middle-income lives. You have all kinds of things that can happen, but mostly, people are orderly and grateful for the needle exchange and for the counseling, and to get access to Naloxone,” says Wermeling. In their first year, they saw about 50 patients a week and distributed about 3,200 Naloxone kits.

These kits, with a market cost of $100 each, are provided for free in conjunction with training on overdose recognition and Naloxone administration. Wermeling adds, “Because of the stigma associated with the whole circumstance, people are either shunned in society or they feel shunned, and so when they have somebody who is actually paying attention to them and their healthcare needs, they are extremely appreciative of us taking the time to provide the services and product to them. This was a volunteer thing, and it’s kind of why you get into healthcare.”