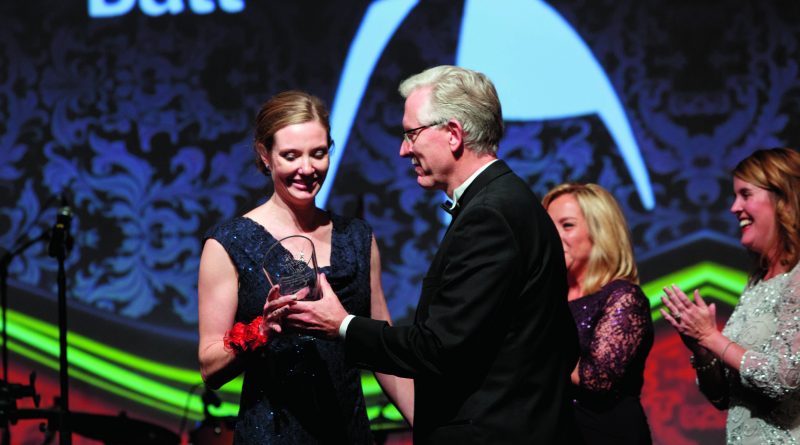 Over 430 runners participated to raise money for the Saint Joseph Hospital Foundation (SJHF) which provides financial support to allow for mammography screenings for low-income and under-insured women in 13 counties throughout Central and southeastern Kentucky.

The SJHF, founded in 1989, raises funds to support the core values of the hospital. This year it is projected that 360+ mammograms will be funded for underinsured women.

LEXINGTON The Saint Joseph Hospital Foundation, part of KentuckyOne Health, had a ribbon cutting on October 17, 2017 to celebrate a major renovation to the Wilma Thornton Cardio Thoracic Vascular Unit (CTVU) at Saint Joseph Hospital, in honor of Mrs. Thornton, a former patient who passed away in 2011 at age 86.

Mrs. Thornton credited Saint Joseph Hospital with allowing her to enjoy “bonus years” by providing outstanding care. Following one surgery, her son wrote a personal note to the hospital president expressing the family was “forever in debt and grateful.”

Two months before Mrs. Thornton passed away, her son Michael Thornton and his wife, Amy, pledged $1.5 million to the Saint Joseph Hospital Foundation, the second largest donation in foundation history. The gift created the Wilma E. Thornton CTVU Suite at Saint Joseph Hospital. Improvements to the CTVU Suite include major facelifts for 22 patient rooms to provide a more peaceful environment, and upgrades throughout the nurses’ work stations and common areas. The CTVU Suite is designed to help patients with heart, lung, and vascular illnesses.

“Thanks to Mrs. Thornton’s surgeon at Saint Joseph Hospital and the wonderful care she received, she was able to spend an additional three years with her two sons and grandchildren, enjoying UK basketball games, trips to Keeneland and much more” said Leslie Buddeke Smart, president, Saint Joseph Hospital Foundation. “Mrs. Thornton was a vibrant woman who was forever grateful to the hospital. We too are grateful for Mrs. Thornton, and the legacy she leaves behind.”

Robert Salley, MD, executive director cardiovascular services at Saint Joseph Hospital, said the CTVU suite has the capacity to reduce hospital stays to 1-2 days after open heart surgery as patients come to the CVTU off ventilation, by-passing the recovery unit.

Jamison’s current book, Robert Lowell, Setting the River on Fire: A Study of Genius, Mania and Character, brings a fresh understanding to the work and life of Pulitzer Prize-winning poet Robert Lowell, whose intense, complex, and personal verse left a lasting mark on the English language and changed the public discourse about private matters.

Jamison brought her expertise in mood disorders to bear on Lowell’s story, illuminating the relationships among mania, depression, and creativity, as well as the details of Lowell’s treatment and how illness and treatment influenced the great work that he produced and often became its subject.

Jamison herself battled mental health issues as early as her teenage years. While pursuing her career in academic medicine, Jamison found herself succumbing to the same exhilarating highs and catastrophic depressions that afflicted many of her patients. Her disorder launched her into ruinous spending sprees, episodes of violence, and an attempted suicide.

Her memoir, An Unquiet Mind, rose to the best-selling list in 1995 and was cited for its candid examination of bipolar illness from the dual perspectives of the healer and the healed, revealing both the terror and allure that at times prompted her to resist taking medication.

When asked by MD-Update’s Dr. Jan Anderson if she had any advice for people who were considering being more forthcoming about their mental health issues, Jamison said, “There will be consequences, both personally and professionally. So, have your ducks in a row. Have your support system in place.”

The Trager Transplant Center is nationally recognized for performing Kentucky’s first adult heart, pancreas, heart-lung, and liver transplants, as well as the first minimally invasive kidney donation in Kentucky. More than 5,000 organs have been transplanted at Jewish Hospital since 1964 including 500 hearts, 900 livers, and 3,000 kidneys.

The black-tie event included cocktails, a silent auction, dinner, and an awards ceremony. During cocktail hour and after the program concluded, guests enjoyed a Casino Royale experience.

LEXINGTON The 29th annual “Evening with the STARS,” Saint Joseph Associates For Renowned Service, was a glittering event on Saturday, November 11, 2017 at the Lexington Convention Center.