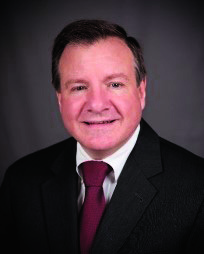 U of L Names Chairs in Family and Geriatric Medicine, Pediatrics

LOUISVILLE The University of Louisville Board of Trustees has named chairs in two primary care departments within the UofL School of Medicine. The appointments were approved by the board at its Sept. 15 meeting.

Since the beginning of this year, Becker has led the Department of Family and Geriatric Medicine as acting chair, following his three-year role as program director of the Family Medicine Residency and senior advisor of the Primary Care Sports Medicine Fellowship.

Becker started at UofL in 2005 as an assistant professor and assistant director of residency training. He went on to become director of the Primary Care Sports Medicine Fellowship and team physician for UofL athletics in 2007; he continues to serve as the lead doctor for the UofL football and men’s basketball teams. Becker also was appointed academic advisory dean for the School of Medicine in 2010.

Woods came to UofL in 2006 as professor of pediatrics specializing in infectious diseases. He previously was on the faculty of the pediatrics department at Wake Forest University from 1992 to 2006.

Woods earned his MD degree from Baylor College of Medicine and completed his residency in pediatrics and a fellowship in pediatric infectious diseases at Baylor and Texas Children’s Hospital. He earned a master of science degree in epidemiology from Wake Forest University. He practices with UofL Physicians-Pediatric Infectious Diseases.

LOUISVILLE Presentation Academy honored the recipients of its 2017 Tower Awards during its annual awards dinner on Thursday, October 5, 2017 in the Ballroom of the Louisville Marriott Downtown, 280 West Jefferson Street.

Now in its 22nd year, the Tower Awards is an annual mission-driven event honoring women leaders in their fields and highlighting the contributions and talents of these role models to Presentation Academy students and the Kentuckiana community.

The Tower Awards serves as a catalyst to open the doors for all young women to experience a Presentation Academy education. This is accomplished by applying all the funds from this event to the school’s tuition assistance program. Since inception, this event has raised over $2.5 million!

Lexington Physicians at the University of Kentucky Markey Cancer Center are the first to perform a unique procedure to treat a rare and persistent type of ovarian cancer.

For nearly three decades, the patient who underwent the procedure has been living with a rare type of slow-growing ovarian cancer. Multiple rounds of chemotherapy and radiation failed to stop the disease. Prior to this procedure, she had undergone four previous surgeries at both a local community hospital and Markey to remove as much of the tumor as possible every few years as it grew back. Because of the location of the cancer, surgeons have only been able to safely resect about 90 percent of the tumor.

“This cancer is tricky to treat, because it is prone to recur but grows slowly,” Baldwin said. “That makes it relatively resistant to chemotherapy, which attacks fast-growing cells. Surgery is usually the best option, but each additional surgery becomes riskier for the patient.”

Before deciding to offer yet another tumor resection as an option to the patient, Baldwin sought help from Markey’s weekly multidisciplinary tumor conference to see if oncology experts in other fields had any ideas. Feddock, who specializes in brachytherapy – a form of radiation that involves using internal implants to disseminate radiation – suggested they try combining the surgery with an implantation of the CivaSheet.

The CivaSheet is a highly flexible membrane embedded with radioactive palladium. After Baldwin resected the tumor, Feddock sewed the CivaSheet directly to the remaining cancerous area. The radiation seeds are capped with gold on one side, so they provide direct, localized radiation to the area where the tumor has been growing back while sparing the other surrounding tissue from damage.

While the procedure may not cure the patient of her cancer, the hope is that the CivaSheet will inhibit the cancer’s growth, allowing many more symptom-free years to pass before the patient may need further treatment.

Because of the tumor’s slow-growing nature, Baldwin says it will take some time before they know how effective the procedure is, but she is hopeful about the outcome.

This is the first known instance of using the CivaSheet for ovarian cancer, but the device is used for other indications, including some gynecological, colorectal, head and neck, and pancreatic cancers as well as soft tissue sarcomas.