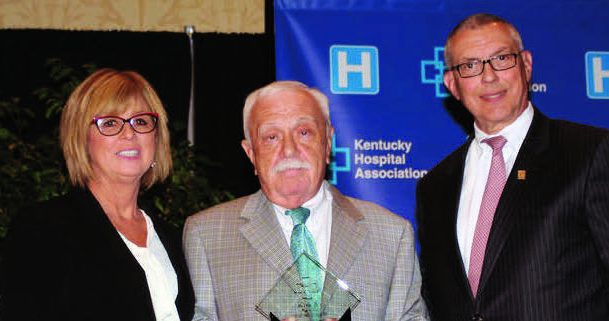 LEXINGTON Dr. Brittany Smalls, an assistant professor in the University of Kentucky Center for Health Services Research, has been selected as a scholar in the 2017–2018 Programs to Increase Diversity among Individuals Engaged in Health-Related Research (PRIDE) Advanced Health Disparities Research Training program.

As a scholar for this program, Smalls will receive advanced training in an interprofessional environment that facilitates successful team science career development and contributes to decreases in health disparities through impactful research. This year-long mentoring experience will offer training that includes experiential skill development in grantsmanship, scientific writing strategies, epidemiological/bio-statistical methods and more.

PRIDE was established to provide junior faculty, from backgrounds underrepresented in biomedical research, with opportunities to gain the knowledge and tools they need to carry out independent and meaningful research and advance their careers.

This initiative is sponsored by the National Heart, Lung and Blood Institute (NHLBI).

LOUISVILLE KentuckyOne Health, a leading health system committed to bringing wellness, healing, and hope to the Commonwealth of Kentucky, announced in May a change to their leadership structure. Ruth Brinkley has made the decision to leave her role as president and CEO, effective July 14. Chuck Neumann, current interim president of University of Louisville Hospital, will assume the role of interim president and CEO of KentuckyOne Health. Brinkley will work with Neumann in an advisory role through mid-September. Chuck Neumann brings more than 40 years of healthcare and management experience to KentuckyOne Health, guiding integrated health systems through successful transitions of operations, all while maintaining a focus on the priorities of the organization – its patients, its employees, and its physicians. He currently serves as interim president of University of Louisville Hospital and has previously announced that he will leave the role when operation of ULH and James Graham Brown Cancer Center transitions to University Medical Center on July 1. More information on the long-term leadership structure of KentuckyOne Health will be provided throughout the transition of care.

LOUISVILLE A group of University of Louisville researchers and engineers has developed a free mobile app designed to help healthcare providers easily assess and identify women in need of mental health care for intense grief after a pregnancy loss or death of a newborn. Marianne Hutti, PhD, APRN, U of L School of Nursing professor, led research and development of the app, which makes scoring of the Perinatal Grief Intensity Scale (PGIS) easier, predicting patients at greatest risk for intense grief after perinatal loss, which includes miscarriage, stillbirth, or the death of an infant within 28 days after birth.

The project was funded by a $10,000 grant through the Kimberly-Clark Nursing Research Award from the Association of Women’s Health, Obstetric and Neonatal Nurses.

Healthcare providers use the app to ask a short series of questions related to how a woman perceives her perinatal loss. Based on responses, the app calculates a patient’s score on the PGIS and gives providers theoretically based suggestions for care.

The app predicts patients most likely to have clinical-level anxiety, depression, and continuing intense grief three to five months after a perinatal loss. Providers are encouraged to use the PGIS as a post-hospitalization screening tool to identify women who should be referred for additional mental health evaluation.

The app is available to clinicians free at uoflnursingpgis.org and Google Play.

LOUISVILLE The implementation of the Affordable Care Act (ACA) in Kentucky proved most beneficial for Kentuckians living in areas with high concentrations of poverty, particularly children, according to a study by a researcher in the University of Louisville School of Public Health and Information Sciences in collaboration with colleagues at Ohio State University and Emory University. The study was published recently in Health Services Research.

Joseph Benitez, PhD, assistant professor in U of L’s Department of Health Management and System Sciences and member of the school’s Commonwealth Institute of Kentucky, said the findings suggest expanding Medicaid is one mechanism that largely helped to address many of the healthcare needs of some of the poorest Kentuckians.

“Most of the reduction in Kentucky’s uninsured rate between 2013 through 2015 was driven by an uptake in coverage within ZIP codes of high poverty concentrations,” Benitez said. “Similarly, the study revealed statistically and substantively meaningful reductions in the number of Kentuckians who delayed or decided not to seek medical care due to cost, in addition to having a regular source of medical care. These findings were almost entirely concentrated among Kentuckians living in poorer ZIP codes.”

Benitez says although it may be too early to identify meaningful improvement in the health status of Kentuckians, given the promising results for coverage, access, and utilization among some of the most economically vulnerable population, positive long-term health effects are likely.

“It is clear from this study that expanding Medicaid helps address the healthcare needs of the impoverished. Using Kentucky as a case example to study the effects of the ACA across geographic areas holds lessons for policy makers weighing the costs and benefits of ACA participation,” Benitez said.

U of L Tops Out New Pediatric Medical Office Building

LOUISVILLE The first new healthcare delivery facility to be constructed in the Louisville Medical Center in nearly a decade reached its full height on May 26. The University of Louisville celebrated the topping off the Pediatrics Medical Office Building with the ceremonial placement of the final, signed beam.

The 171,000 sq. ft. facility will be home to the general pediatrics and the specialty and subspecialty children’s programs of the university. This will include not only caregivers from the Department of Pediatrics, but also from other departments including neurology, ophthalmology, and surgery.

“This facility symbolizes the growth of our efforts to meet the healthcare needs of the children of Louisville, the region, and beyond,” said Gregory C. Postel, MD, interim president of the University of Louisville. “Our breadth of services has grown to the point that it makes sense for us to have our own facility, as opposed to locations scattered throughout the Louisville Medical Center.”

“We truly will be able to provide [patients] with a medical home, something that we continue to learn is so important for people. A home where we are bringing together nearly all of the services we provide to children in an outpatient setting with a truly multidisciplinary approach. This is the future of healthcare delivery, especially for our children,” said Gerard Rabalais, MD, interim CEO of University of Louisville Physicians and former chair of the Department of Pediatrics.

LEXINGTON The Kentucky Hospital Association (KHA) presented several awards during the association’s awards luncheon on May 19 at the 88th Annual KHA Convention in Lexington. KHA’s highest honor, the Distinguished Service Award, was bestowed upon University of Kentucky’s Executive Vice President for Health Affairs Michael Karpf, MD, who has given untiring and exceptional service to their hospital, community, the state, and the association.

Since coming to UK in 2003, his leadership has led to unprecedented growth and expansion. In the past 14 years, UK has invested close to $2 billion for faculty recruitment, program development, technology acquisition, and facilities while also fostering partnerships with leading regional health providers across the state to extend care to those who need it most. UK HealthCare is a thriving super-regional referral center with aspirations to become a medical destination and one of the nation’s very best health care providers, due in large measure to Karpf’s vision and leadership.

During the luncheon, Karpf shared his vision, leadership, and expertise with KHA. He has served on the KHA Board of Trustees from 2010 until 2015 and continues to support and serve KHA through the System Presidents’ Forum. Last fall, Karpf announced his decision to retire in 2017; a national search for his successor is currently underway.