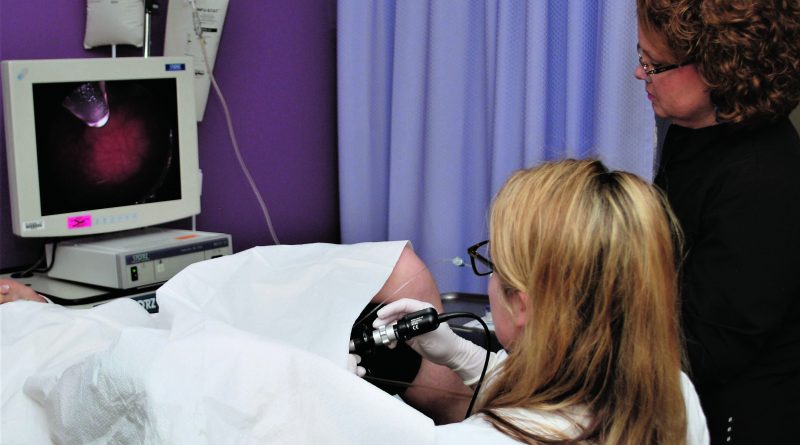 LOUISVILLE We hear this time and again – Women are often the caregivers for their entire family, the medical decision-makers, the last ones to make time to take care of themselves. So why would we make it harder for a woman to take care of herself and her family by clouding her healthcare agenda with conflicting or confusing information? Essentially that’s what has happened in recent years as screening recommendations for women’s health have changed.

For a woman, OB/GYN care is critical to her health over her lifetime and is sometimes the most important healthcare relationship she will have. With revised and conflicting recommendations in recent years on breast and cervical cancer screenings, that patient-physician relationship is even more vital to provide her with a roadmap for optimizing her health.

At Women First of Louisville, the all women OB/GYN practice has strived to provide patients education about their individual risks and needs as well as increased access to services such as in-office procedures that reduce costs and increase time spent with family, all in an effort to empower women to optimize their own wellness.

The Lens of Wellness

Rebecca Booth, MD, gynecologist and co-managing partner of Women First of Louisville, PLLC, says she believes OB/GYN offices have a rare opportunity to view women’s health through a lens of wellness. “It’s a practice that’s really founded on wellness and functionality, whereas many specialties in medicine are sort of centered around illness. It’s a unique lens, to look at what often is the caregiver of the entire family. It gives us an opportunity to optimize a woman’s health rather than just focus on diseases. Education is very central to that,” she says.

Women First has done several things as a practice to enhance the health and wellness of its patients. The first is to emphasize the annual exam and its evaluation of the whole person. The second is to educate patients on the right interval for breast and cervical cancer screenings, among others, based on their individual risk factors and appropriate professional guidelines. Finally, Women First has made an effort to expand their in-office procedures to enhance convenience and cost savings for patients. “I think we have evolved to feel that, because of our high volume and our large number of caregivers, the more services we can offer in-office, the more we will really help our community, not only by reducing costs but by reducing time spent away from family and work,” says Booth.

At Women First, a woman’s annual exam is more than just a pelvic and breast exam. It includes a complete physical exam as well as checking a woman’s personal history, family history, weight, BMI, height, blood pressure, and vaccination history. And, says Booth, “There’s simply no replacement for the physical exam.” That includes educating a woman on how she might check herself. At Women First, providers encourage monthly breast self-exams because statistics show 30 percent of breast cancers are found on self-exam.

Discussion and education also center around family planning, contraceptives, and hormonal aging, depending on a woman’s age. “A woman’s hormones diminish beginning at age 27, affecting everything from mood to connective tissue and insulin resistance, which affects the waist-to-hip ratio, an important metabolic vital sign,” says Booth.

Screenings are a vital part of a woman’s OB/GYN care, but recently, conflicting recommendations about how often to screen for things like cervical and breast cancer may have left some with the wrong idea.

“What’s happened is somewhere women have confused the term pap smear with their annual visit,” says Booth. Now that there is more awareness about the virus that leads to cervical cancer and who may be at risk, a pap smear may not be necessary every year, but that does not negate the need for a woman’s annual exam. Booth emphasizes that all women should see their OB/GYN annually for a physical exam, and their clinician will help them identify what screening intervals are right for them based on their risk factors.

For cervical cancer, professional practice organizations such as the American Congress of Obstetricians and Gynecologists (ACOG) and the American Society of Cytopathology (ASC) agree that low risk patients with a cervix should be screened with a pap smear every three to five years, depending on the method of screening, and that screening should begin at age 21.

Booth says it’s important to distinguish between screening interval recommendations made by clinical organizations such as the ACOG or ASC versus public health organizations such as the US Preventive Services Task Force (USPSTF), which often make recommendations in the interest of cost-effectiveness. While she does not discount economics as an important piece of the whole picture, she believes the reproductive directive is changing as women are not only living longer, but also living longer without ovarian function than with it, influencing every aspect of female health and demonstrating that historical data is no longer accurate in predicting a woman’s cancer risk in the future. “When recommendations are made based on historical data, the age of first pregnancy, for example, might have been quite earlier in the past, and that influences breast cancer risk. So, when you look at population data and screening with different generations, the risk is different,” she says. “It becomes imperative to individualize care as well as screening intervals.”

In this practice, cutting through the clutter of a variety of recommendations means speaking with one voice to patients. Denise Kirkham, executive director of the practice, says “We have made a conscious shift to talking to people about what they do need, not what they don’t.”

When it comes to breast cancer, very few women are actually low risk. Risk factors include having a first child after age 25, never having children, nutritional status, diabetes, gestational diabetes, being overweight, consuming more than four to five alcoholic beverages a week, smoking, personal and family history, and dense breasts. For most women who tend to have at least one risk factor, Women First recommends a physical breast exam and mammogram annually beginning at age 40 combined with monthly breast self-exams.

Women First now offers 3D tomosynthesis mammography, which has been shown to increase early detection and decrease callbacks. The practice is recommending 3D tomography for women at significant increased risk for breast cancer. High risk patients include those with personal or family history of cancer, a calculated lifetime risk of greater than 20 percent, dense breasts, and those with hereditary genetic cancer syndromes, such as BRCA 1 and 2. Booth adds that, as noted in the previous paragraph, there are a host of other risk factors that may prompt women to benefit from breast 3D tomography.

Bone density testing is another screening Women First recommends once a woman enters menopause or exhibits signs of hormonal aging, typically around age 50. Booth says a large percentage of women are osteopenic, and that discovery presents the opportunity for education and prevention of osteoporosis.

Genetic testing and counseling are increasingly becoming a part of the practice’s wellness initiatives as they have become more affordable. For example, genetic testing offers preconceptual opportunities to avoid disease processes and inform couples of vulnerabilities that may affect their health and that of their newborns.

Women First has made a conscious decision to offer procedures in its office when it can do so safely and effectively. “It’s fair to say that a very significant percentage of minor gynecologic services can be performed in the office setting safely and often under local anesthesia, and what this can do is reduce a woman’s out-of-pocket costs significantly, as well as reduce time away from work,” says Booth.

In addition to a wide range of screening services, the practice offers in-office procedures that include endometrial ablations, such as the NovaSure® for heavy periods, treatment of abnormal pap smears, diagnostic hysteroscopy, urodynamic testing, and diagnostic ultrasound.

Often a woman puts up with heavy bleeding or pain from periods because she does not want a hysterectomy or major surgery. “An ablation gives her an alternative that may not even require an incision or a stitch, and can liberate her from a lot of discomfort and significant morbidity with heavy bleeding and menstrual pain,” says Booth.

Fifty percent of the practice’s ultrasound business is gynecologic. “This low-risk diagnostic opportunity has transformed gynecology and given us the opportunity to move so much diagnosis and treatment in-office,” says Booth.

Another in-office procedure that has been very successful at improving women’s quality of life is bladder Botox. In 2013, the FDA approved Botox for the treatment of overactive bladder, including symptoms of urinary frequency, urgency, nocturia, and urge incontinence. Kelli Miller, MD, an OB/GYN with Women First began performing the procedure at the practice in 2014. The procedure is generally used for women who have tried medications and failed them or cannot tolerate the side effects, such as constipation and dizziness.

In contrast, the side effects and risks of bladder Botox are relatively low and can include painful urination directly following the procedure, bladder infection (which is minimized because patients take antibiotics), and urinary retention.

“It’s the exact same Botox that’s used for cosmetic procedures. It basically relaxes the bladder muscle, which spasms in overactive bladder,” says Miller. “It’s 21 injections with a four-millimeter needle that goes through a cystoscope into the bladder. It’s tolerated really well by patients.” Miller puts lidocaine into the bladder first to help numb the area, and patients are offered a Valium as part of their protocol. Otherwise, there is no sedation or anesthesia. The average duration is six months, and the procedure is covered well by insurance, Miller says. Patients simply return when their symptoms start to come back.

So far, Miller estimates she sees five patients a month for bladder Botox and that number is growing. She also notes, “We offer the procedure to anyone and everyone. They don’t have to be our patient.”

The practice currently has three rooms and two full-time staff dedicated to in-office procedures and is building an additional suite.

A Team Approach to Total Care

It is this attention to detail and extra effort that goes a long way in educating patients, providing cost savings, and empowering patients to be their healthiest selves. 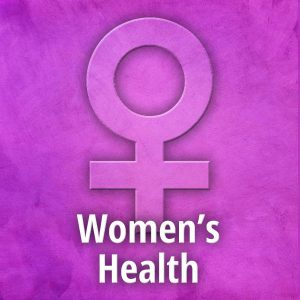