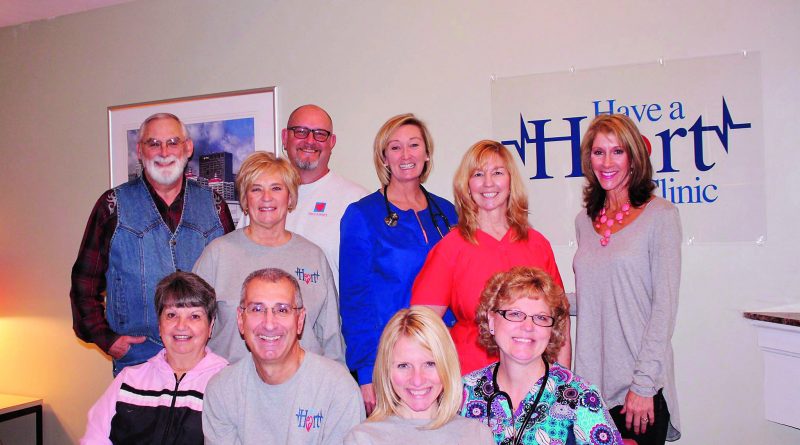 LOUISVILLE Heart disease does not discriminate based on sex, race, or religion. However, it seems poverty does play a role. According to a 2014 Louisville Metro Health Equity report, in parts of the West End, death by heart disease is approximately three times higher, and the average life expectancy is 68, in contrast to their more affluent counterparts in St. Matthews where it is 83. Nationally, cardiovascular disease is the number one reason for patient visits to federally-qualified, non-for-profit clinics. A 2012 Americares study found that 40 percent of all visits were due to cardiovascular issues.

After becoming aware of these statistics and the gap in coronary care for the indigent and uninsured, Michael Imburgia, MD, FACC, felt compelled to do something. In his words, “There is such disparity in how we care for people. And, we’re paying for it financially. More importantly we’re paying for it ethically and morally, to go to sleep knowing that people are not being cared for.” So, in 2008, he, his wife Sandy, and Sue Dillon, FASE, RDCS, founded the Have a Heart Clinic, a cardiac care clinic dedicated to serving patients regardless of their ability to pay. Imburgia is also the medical director of the Outpatient Cardiovascular Ultrasound Lab at Baptist Health Louisville.

The name, Have a Heart, was the brainchild of his wife Sandy Imburgia, RN, who in the clinic’s earliest stages also took care of the majority of patient scheduling. Considering that many patients had only intermittent phone service, this was no easy task. And, there were other challenges inherent in assisting the indigent.

Initially, Imburgia started seeing patients one Saturday a month at the Louisville Cardiology facility in St. Matthews, but realized the location was prohibitive. “For the most underserved area of the community, it’s an hour and a half bus ride one way. We needed more times to see patients and, more importantly, we needed to be part of their community. We needed to be closer.”

So, in January, the clinic relocated to 310 East Broadway in downtown Louisville. The new ADA-compliant facility offers all aspects of cardiovascular care, including ECG and Echo stress testing, echocardiography, Holter and event monitoring, and vascular testing.

Transportation is not the only hurdle when providing care to the uninsured. For many, missing a day of work is not an option, so weekend and evening hours are a necessity. Imburgia explains, “We have the space, so now the biggest challenge is providing more times to see patients.”

Another impediment for not-for-profit clinics lies is connecting with willing providers. Normally, they must simply work from a list of specialists. The Have a Heart Clinic is remedying this by reaching out to these clinics, as well as churches and organizations like the Sister Visitor Center, which provides emergency assistance to the poor. Imburgia’s message to clinics such as Family Health and Park DuValle is, “We want to see those patients for you and give you a place to send them.”

All of these barriers fall under the blanket of access. And, as Imburgia emphasizes, “Access is everything. The reason the United States, when ranked against every other industrialized country, ranks last in healthcare is because of access. Not because we don’t have good doctors, not because we don’t have good hospitals, but our population does not have easy access to healthcare, so our patient populations are sicker.”

Since the opening of the downtown facility, patient volume has increased 30%. Most individuals seeking treatment are under the age of 65 making them ineligible for Medicare, and are part of the nine percent of Kentuckians who are presently uninsured.

In the future, the Have a Heart Clinic plans to become self-sustaining using a “pay-it-forward” model by treating patients with insurance and the ability to pay fees, and then using those funds to supply free care to qualifying persons.

Currently, the clinic is staffed entirely with volunteers. As Imburgia puts it, “There’s an army of people behind us. I come in to work like any other day. There are a lot of people behind me who made it work.” That army consists of other cardiologists, nurse practitioners, nurses, medical assistants, echo techs, interpreters, and even people who volunteer to sit at the front security desk. When asked why so many donate their time and energy, Imburgia says, “It’s the atmosphere and knowing that they’re really making a difference and impacting patient care.”

Regardless of the growth and changes, the mission of the clinic will remain the same.

“This clinic is about the quality of patient care,” Imburgia states. “We’re about taking care of patients.” He elaborates with, “I can treat your coronary disease all I want to, but if you’re hungry, if you don’t have a place to sleep, if you’re stressed at home, then there isn’t going to be a thing I can do for your heart until all those other things are addressed.”

Another component to top quality care lies in the development of a Cardiovascular Home. Have a Heart is collaborating with Passport Health to design a team of medical professionals, including cardiologists, nurses, nutritionists, and behavioral and mental health specialists, to address the needs of the sickest patients. Passport’s Integrated Care Program Manager Jessica K. Beal, PsyD, further expounds, “Dr. Imburgia was already familiar with integrating behavioral health services into a medical practice and was a firm believer in the benefits to his patients; there are health psychologists who specialize in working in cardiology. We just helped him look at the potential patient population and assess how many types of health conditions could be impacted in a single patient by this model.”

Though Imburgia and the Have a Heart Clinic are already making an important impact on Louisville, he realizes the need is far greater. “The country has to change. We have to provide care for everybody. To anybody who ever says, ‘Who’s going to come up with the money?’ I’d respond that we spend 80 billion a year in uncompensated care, and your taxes pay 55 billion. So, you’re already spending the money. You’re paying for it. So, we might as well keep them happier and healthier.” 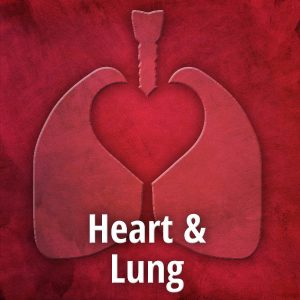