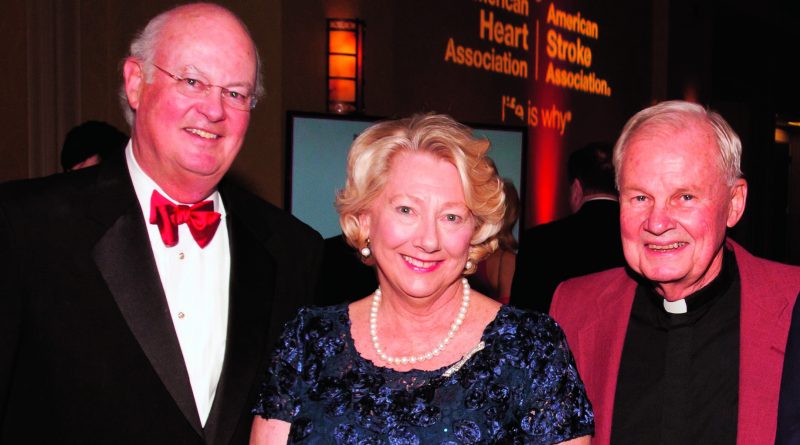 Heart Ball 2017 Brings Out Business and Community Leaders and Physicians

LEXINGTON A sell-out crowd of 500+ turned out for the 29th annual Central Kentucky Heart Ball presented by the American Heart Association (AHA) at the Lexington Center on Friday, February 3, 2017. The guest of honor was Darby Turner, philanthropist and attorney with the firm of Bingham Greenebaum Doll, LLP.

All proceeds from the Heart Ball support the AHA, which funds public and professional education, advocacy, and scientific research. Research funded by the Association has yielded important discoveries such as CPR, life-extending drugs, pacemakers, bypass surgery, surgical techniques to repair heart defects, and more. Advocacy efforts have also resulted in the passage of a CPR in schools law this past year.

LEXINGTON The annual Past Presidents’ Dinner on January 17, 2017 featured a gathering of 17 former presidents of the Lexington Medical Society, including David Stevens, MD, who passed away February 7, 2017.

Robert P. Granacher, MD, began serving his term as president and presented a full agenda of goals for the LMS in 2017 including supporting the KMA effort to enact tort reform through the Kentucky legislature, protecting the confidentiality of peer review, and pursuing judgment interest rate and medical collateral service rule reforms. Granacher also cheered the KMA goal of smoking cessation.

Cory Meadows, KMA director of advocacy and legal affairs gave an overview of healthcare topics scheduled for the February legislative short session and asked that all physicians support the efforts of their societies and association.

A figurative exhibition draws a crowd to Lexington Art League

LEXINGTON The annual exhibit at the Lexington Art League that celebrates and explores the human body had its preview party on Jan. 13, 2017. The exhibit posed the question, “Whose stories are being told in the art world?” and included the human figure in various evocative poses and situations. The exhibit ran January 27’February 24, 2017. MD-Update was a sponsor of the preview party.

LONDON, KY Saturday, February 3, 2017 was the night for the Saint Joseph London Foundation to celebrate and honor Dr. Aqeel Mandviwala as the Physician of the Year. Hundreds of London area business and community leaders enjoyed a Mardi Gras themed festive event. The gala raised over $26,000 through sponsorships, contributions and 68 silent auction items.

Mandviwala has practiced in London and the surrounding counties of southeastern Kentucky for over 20 years. He immigrated to London, Ky., from his birthplace in Karachi, Pakistan, and was the first pulmonologist to practice in that part of the state.