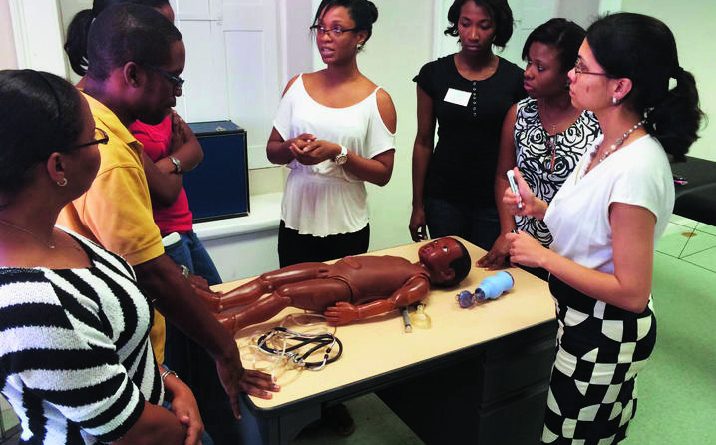 With the addition of Drs. Rodolfo Zamora-Rendich, Lonnie Douglas, and Jon Carlson, the practice now has seven surgeons, more than doubling its number over the past three years. They join longtime surgeons Dr. Craig Roberts and Dr. David Seligson, along with Dr. Jiyao Zou, who joined in 2014, followed by Dr. Brandi Hartley in 2015.

He is actively involved in research, with interests including navigation systems in orthopedic oncological surgeries, surgical resections, pelvic and lower extremity, external fixation, osteosarcoma, and cryosurgery/cryotherapy.

Douglas is a former college football player who specializes in sports medicine, orthopedic trauma, and general orthopedics. He completed a sports medicine fellowship with world-renowned sports surgeon Dr. James Andrews and has served as an associate team physician for the Washington Redskins and Auburn Tigers, as well as a consultant for the New Orleans Saints and Tampa Bay Rays.

He has been involved in research and presented nationally and internationally. He received the Brower-Harkess Research Award at the Kentucky Orthopaedic Society’s annual meeting in 2013.

Carlson specializes in orthopedic trauma. He is a published researcher on a variety of orthopedic topics.

His areas of expertise include complex fractures of the pelvis, hip, knee, and extremities, as well as post-traumatic arthritis and degenerative arthritis of the hip and knee.

Blake brings to KentuckyOne Health more than 20 years of cardiology experience, working in multiple heart failure programs. He specializes in a variety of cardiovascular services, including diagnostic cardiac catheterization, invasive hemodynamic monitoring, intravascular ultrasound, and temporary and permanent pacemaker placement, among others.

NEW ALBANY, IND. James “Jason” Miller, MD, has been named medical director at Southern Indiana Rehab Hospital (SIRH). Miller recently joined U of L Physicians and will also serve as an assistant professor of physical medicine and rehabilitation in the University of Louisville School of Medicine’s Department of Neurosurgery.

Miller will replace Dr. John Shaw, who is transitioning into a new role as the transitional care physician at SIRH.

In his new position, Miller will oversee the clinic management of patients at the hospital.

Miller completed his medical degree and residency training in physical medicine and rehabilitation from the University of Louisville School of Medicine in 2007. He has received the Gold Foundation Humanism and Excellence in Teaching Award, and is board certified by the American Board of Physical Medicine and Rehabilitation.

In addition, Chris Koford, MD, has joined SIRH as a new attending physiatrist. The board certified physical medicine and rehabilitation specialist has more than 10 years of experience delivering acute and post-acute rehabilitative care.

LOUISVILLE University of Louisville Professor of Medicine Eleanor D. Lederer, MD, has been elected president of the American Society of Nephrology (ASN) for 2017. She assumed her new role at ASN Kidney Week, the society’s annual meeting held Nov. 15–20 in Chicago.

Lederer also is chief of the Division of Nephrology and Hypertension, associate training program director and associate ombudsman for the U of L School of Medicine. Additionally, she serves as director of the U of L Physicians Metabolic Stone Clinic as well as the associate chief of staff for research and development at the Robley Rex VA Medical Center. Board certified in internal medicine and nephrology, Lederer is an UNOS-certified transplant physician.

Her research focuses on divalent ion metabolism, the minerals important for bone health. She oversees a basic science research laboratory funded by the Department of Veterans Affairs Merit Review Board, studying the mechanisms of regulation of the sodium phosphate transporter in a part of the kidney’s nephron known as the proximal renal tubule. She also has clinical interests in stone disease, and since starting the Metabolic Stone Clinic at U of L, has initiated research into the protein components of stones and their potential role in the pathogenesis of stone formation.

Liu is Named Medical Director for the Department for Medicaid Services

FRANKFORT Dr. Gil Liu, a Louisville pediatrician and member of the U of L School of Medicine faculty, has been appointed as the new medical director for the Kentucky Department for Medicaid Services (DMS) in the Cabinet for Health and Family Services. CHFS Secretary Vickie Yates Brown Glisson announced the appointment for Liu, who was also recently named as the University of Louisville (U of L) School of Medicine Endowed Chair and Distinguished Scholar in Urban Health Policy Research.

A graduate of the University of Mississippi School of Medicine, Liu completed an internship and residency at the University of North Carolina at Chapel Hill (UNC) School of Medicine as well as completing an additional fellowship in medical informatics and earning a master’s degree in biomedical engineering while at UNC. He resides in Louisville with his wife and four children.

Liu served on the faculty of the Indiana University Department of Pediatrics for 12 years and joined U of L as the director of General Pediatrics Division in 2013. In addition to his medical practice and teaching work, he also founded the Kentucky Pediatric Alliance for Transforming Children’s Healthcare, a learning collaborative to improve healthcare quality for publicly insured children in the Louisville metro area.

Liu has taught general pediatrics, and his research interests include obesity prevention, environmental health, spatial analysis, and improving medical education. His studies of how neighborhoods and schools affect health and health behavior have been supported by the National Institutes of Health, the US Department of Education, and the Robert Wood Johnson Foundation.

Liu serves as the current chair for the American Academy of Pediatrics Pediatric Leadership Alliance, a globally recognized initiative to improve the leadership capacity of pediatricians and other health care providers

Mullett Appointed to Commission on Cancer

LEXINGTON The University of Kentucky Markey Cancer Center’s Dr. Tim Mullett has been appointed to the Commission on Cancer (CoC), a consortium of professional organizations dedicated to improving survival and quality of life for cancer patients across the country. Mullett is one of eight surgeons from across the country elected to represent the fellowship for a three-year term.

Mullett began his career at UK in 1996 as a thoracic surgeon treating heart issues, but quickly changed his focus to one of Kentucky’s biggest problems: lung cancer. In addition to co-leading one of the major components of the Kentucky LEADS Collaborative to improve lung cancer survival, he also serves as medical director for both the UK Markey Cancer Center Affiliate and Research Networks.

LEXINGTON The first 24 hours of treatment determine the outcome of a child diagnosed with a critical illness or injury in developing countries.

When healthcare practitioners respond with systematic approaches, children suffering from critical conditions such as shock or respiratory distress are more likely to survive. But physicians in resource-scarce countries often lack the advanced training to integrate such effective approaches.

Shenoi trains doctors in areas with limited medical resources and technological advancement to treat critical conditions. Since joining the program in 2012, she has worked with pediatricians to adapt critical care training to specific parts of the world. She conducts a one-week training, which includes modules on running a skills station and coordinating simulations, and returns to the country intermittently for the next two to three years to update local instructors on current treatment methods. Instructors then host trainings for local and regional health care providers, imparting systematic critical care methods to unreached territories. The overarching goal of the program is to provide a sustainable system for improving critical care in disparate regions of the world.

In October, Shenoi trained physicians at the National Children’s Hospital in Vietnam. She has conducted seven courses in four countries, including India, Vietnam, and the West Indies, adapting each training to reflect the country’s native language and cultural considerations. The trainings emphasize dynamics and coordination in performing critical care procedures.

Shenoi learned about the program through her mentor and when she was completing a fellowship at Emory University. Since then, she has become one of five certified trainers in the US. She has purchased every plane ticket, and the institutions where she is training provide accommodations. A native of India, Shenoi aspires to change the course of treatment for disadvantaged children whose lives might be saved through systematic critical care interventions.

“The majority of childhood deaths in these settings result from preventable and reversible causes; in the end, often what saves a child life is early recognition and systematic intervention,” Shenoi said. “Unfortunately, training opportunities in critical care in resource-limited settings are scarce, and we aim to train the trainers in these settings in developing locally relevant systematic critical care interventions.”