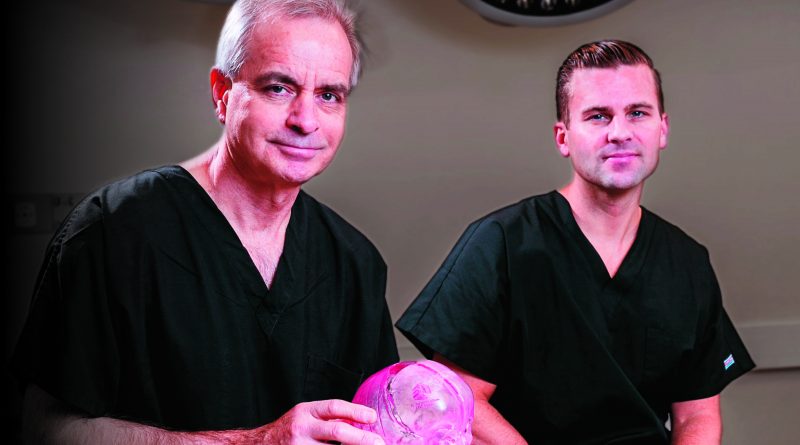 LOUISVILLE Cosmetic and reconstructive surgeons know a thing or two about expansion. From tissue expansion to bone distraction, the procedures they perform help stimulate the growth necessary to reshape and reform the bodies of their patients.

Expansion can be painful and time-consuming, but in the end, it’s worth it.

Mark Chariker, MD, FACS, opened his practice in cosmetic and reconstructive surgery in Louisville in 2000. Over that time, he’s seen his referrals grow and his focus on pediatric plastic surgery become more defined. Demand began to outdistance what he could supply. He took stock of his practice and, much like the patient growing new tissue, realized his practice was ready for expansion. In July 2015, he brought in a partner, Scott Rapp, MD, and together they formed the recently renamed Kentucky Center for Cosmetic and Reconstructive Surgery.

With a patient population that is roughly two-thirds pediatrics and one-third adults, Chariker needed to find someone who shared his love for children and dedication to philanthropy and mission work. He knew that someone with a fiber and makeup similar to his own would lead to the most seamless transition and best outcomes.

“I brought Dr. Rapp on because he has state-of-the-art training, and I thought he could add to my skill set for the children’s hospital,” Chariker says. “He’s excited about taking care of children. He’s already started doing mission work, and he has added a refreshing level of energy and passion.”

The early Chariker served in the United States Navy from 1979–2000. He toured in Portsmouth, Va., where he was head of hand surgery. Among his other stops, he served as chief of surgery in Naples, Italy, during the Gulf War; served as chief of surgery in Charleston; trained in Louisville and Taiwan in pediatric and craniofacial surgery; and traveled to the Philippines for 25 years for craniofacial and hand surgery mission work.

When he was allowed to train outside of the Navy, Chariker came to Louisville to train in microsurgery, plastic surgery, and hand surgery in the Kleinert fellowship. Chariker then took that training back to the Navy, where he was able to apply his skills to some very difficult cases. “I was able to practice state-of-the-art medicine in the Navy,” Chariker says. “I was able to give back to the people who really make this country the great nation it is. I was able to push the envelope on cutting edge surgery. After completing his naval service, he returned to Louisville to join Drs. Jerry Verdi and Jerry O’Daniel, but remained a separate practice and continued their legacy in craniofacial and pediatric surgery.

Today, Chariker and Rapp pride themselves on being at the forefront, continuing to push the envelope. The Kentucky Center for Cosmetic and Reconstructive Surgery serves most of Kentucky as well as southern Indiana. A primary focus is pediatric plastic surgery, which includes craniofacial surgery, complex wounds, complex lesions, congenital anomalies, and manifestations of cancer where body parts or body function must be restored.

They are often called upon to assist other surgeons from other specialties. For instance, they might help a heart surgeon reconstruct the sternum or a pediatric surgeon reestablish the abdominal wall.

“Some of the surgeries require immediate attention, and we will be there in that surgery,” Chariker says. “Some of them require careful planning before surgery, and we have to acquire replacement parts, so to speak, where we will order an implant or device that will replace the natural bone, for instance, that has been removed.”

Frequently, part of that planning is now done via Virtual Surgical Planning (VSP). Through VSP, Chariker and Rapp can three-dimensionally design a missing part, have it made out of special materials, and sterilized for the procedure. VSP also helps in anticipating how much tissue will be needed to cover the replacement part.

VSP played a significant role in a recent case involving conjoined twins. The twins were joined at the chest and abdomen, and they shared a liver. The VSP modeling helped predict how much tissue would be missing after separating the children. The predictions played out well, and the twins were successfully separated and reconstructed.

That was one of the first cases Rapp handled after joining the practice. It was a challenging introduction but perfectly fit the type of work he was looking for. “I’m one of those people who has a new hobby every other day,” Rapp says. “Plastic surgery kind of allows you to always have that new hobby because every case is new, every problem is different. You can’t become complacent with a particular technique or approach.”

Rapp, originally from Dublin, Ohio, finished his Plastic, Reconstructive and Hand Surgery training at the University of Cincinnati. Following, he completed a Cleft and Craniofacial Fellowship at Stanford University.

While about a third of their practice involves procedures on adults, Rapp and Chariker share a passion for pediatric plastic surgery. “The amazing thing with pediatric plastic surgery is you have this unbelievable amount of pressure and stress to be able to deal with the grand implications of a young patient and a family that put their total trust into you,” Rapp explains. “Your results really have an impact for 20 years.”

“We get challenged by insurance companies every day as to whether or not looking normal is cosmetic or reconstructive,” Chariker says. “The fact of the matter is, what’s acceptable is that you not be noticed as being abnormal. Whatever it takes for a patient to look normal is our goal. That’s the standard. For a child to be able to be successful in society, they have to speak well and they have to look normal. That’s where we fit in and that’s a misconception about what we do in plastic surgery.”

Another misconception is that plastic surgeons are money-driven and live the Nip/Tuck celebrity lifestyle. The reality is much different. Chariker and Rapp operate three days a week, handling anywhere from five to 13 cases a day. They have two office days where they see patients – typically children in the mornings and adults in the afternoon – to do dressing changes, follow up on patients after surgery, and see new patients for new surgery.

“I open the door and I don’t know what’s on the other side some days,” Chariker says. “That’s what makes me come in every day. I practice medicine for fun. I can’t think of a better purpose to get up than to try to help somebody else.”

Sometimes, getting up involves waking up in another country. Chariker has taken several mission trips to the Philippines, and Rapp has been to Cuba four times over the past few years, working at the William Soler Hospital in Havana.

“A lot of the kids that we see down there don’t get operated on in the typical time frame they normally would, so they are some of the most complex surgeries that you can do,” Rapp says. “We had a nine-year-old girl with hypertelorism who wouldn’t say ‘hi’ or even look at you. After we did the surgery, she got in front of 50 people and was singing karaoke. The social and behavioral implications of their outward appearance often cause them to be introverted and reserved. To be able to have that effect with one surgery, that’s what’s great about mission work.”

That philanthropy isn’t only performed outside the states. Back home, Chariker and Rapp often work out deals or perform pro bono work and “just blend it into our day.”

I don’t want to recruit patients because they are wealthy,” Chariker says. “And I don’t want to push people away because they can’t pay. I want to take care of people who just need help. I’ve had consults from Pakistan, Russia, Asia, Africa, Guatemala. I just like the challenge of taking care of the problem. I feel honored for people to come to see me. Money doesn’t drive me. A successful outcome drives me.”

One of the procedures that Chariker developed to achieve those successful outcomes is negative pressure wound therapy. “Negative pressure wound therapy is when we actually create a stress on the tissue by using a suction system through a foam gauze,” Chariker says of the innovation he developed in 1986. “It distributes the suction – the negative pressure – on the wound surface, stimulates the cells to turn over, and creates granulation tissue. It creates a healthy wound bed that gives us more options for reconstruction.”

A more recent innovation is distraction osteogenesis. This is primarily used for the craniofacial surgeries Chariker and Rapp specialize in. In this procedure, a device is used to expand the cranium and make the patient grow their own tissue. “Orthopedists have been using this technique for decades to lengthen the long bones,” Chariker says. “Now we’ve brought it into the head, which is a great innovation to replace bone that otherwise would not be there. We cut the bone and we stretch it and put a stress on it, and it stimulates more bone growth.”

Most of these craniofacial operations are performed on children ages six to 12 months. They are complex procedures that involve a large and highly specialized collaboration. “It’s a team effort,” Rapp says. “There’s the neurosurgeon, ENT, OMFS, genetics, speech pathology, dentists, orthodontists – all are very important and integral to almost every one of my patients.”

That Kentucky Center for Cosmetic and Reconstructive Surgery is often trusted to be part of this team is a direct reflection on the reputation that Chariker has built over time.

“The medical community has come to trust Mark Chariker over the last 20 years,” Rapp says. “He’s brought me along, and I will hopefully provide that accessibility, that you can count on me, just like you counted on him for 20 years, to provide services to this city with the same type of passion, energy, motivation, and sincerity that he has.

“When a lot of people think of plastic surgery, they have no idea what we do. While I don’t perhaps save people’s lives like cardiac surgery, I think we can still make a pretty drastic improvement.”

When a lot of people think of plastic surgery, they have no idea what we do. While I don’t perhaps save people’s lives like cardiac surgery, I think we can still make a pretty drastic improvement.— Dr. Scott Rapp 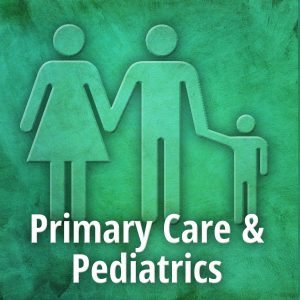