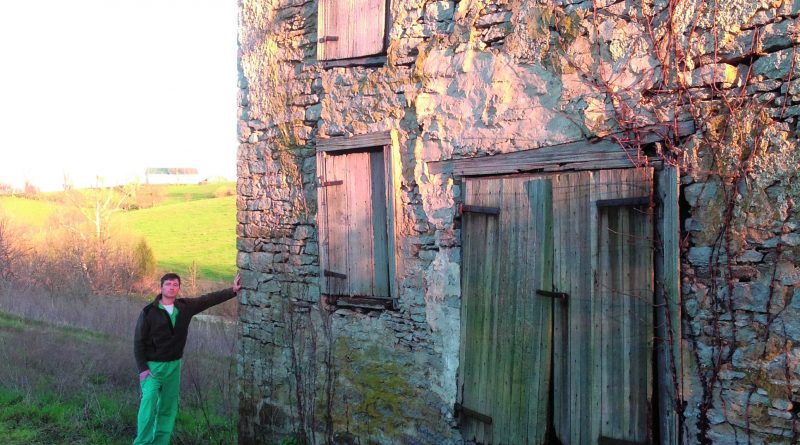 The most enjoyable part of my job is meeting and talking with doctors. You are an amazing group of individuals. During interviews, I hear great stories about why you became doctors, what it means to you, the challenges, the rewards, the constant innovation, and what you give back to the community.

In 2012, Richardson purchased 165 acres in Scott County, primarily because the tract held the remnants of the Choctaw Academy, which he wished to see preserved. The Academy has a complex history, but it remains a significant historical site. As Native American chiefs saw their peoples driven away from their home territories, they believed a way to stop this emigration was for their children to gain an education. This would allow the native peoples to compete for work and wages on an equal footing and provide the tribes with leadership knowledgeable in Euro-American, as well as Native American culture.

Richard Johnson, vice-preseident of the US in 1837, pushed to have the school built on his property in Scott County. This may be the first racially-integrated, federally-funded school in US History. The doors opened to Choctaw boys in 1825 and subsequently to members of 16 other tribes. The Academy closed its doors for good in 1845 after teaching nearly 600 students.

Richardson has been working with the Kentucky Heritage Council and the Choctaw Nation on a conservation easement to allow for restoration fundraising, but progress is slow. Restoration is estimated at $200,000. Richardson hopes that Choctaw and other tribes will contribute financial support. He says, “This is a nationally significant building. Restoration could bring tourists to the historic community of Great Crossing as well as to the Academy itself. Things need to happen in a hurry because the remaining structures are disintegrating rapidly. It would be a shame to let this very historical site fade into the ground.”