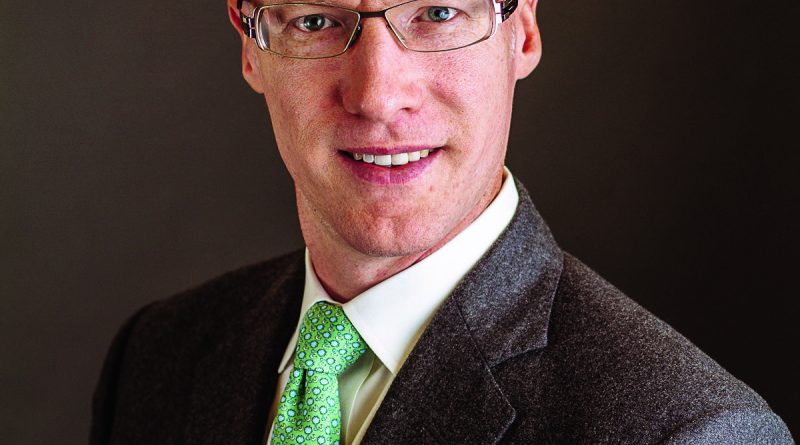 LOUISVILLE Perhaps you could call his approach tactical, as his military background might imply, or cerebral, as is the obvious neuro reference, but one thing is evident, John Cole, IV, MD, approaches his neurosurgery practice with a limitless enthusiasm for knowledge and experience that translates to more options for his patients.

A board-certified neurosurgeon, Cole attended medical school, internship, residency, and a spine fellowship at the University of Kentucky. But he didn’t set out to be a neurosurgeon. “When I went to medical school, I thought I was going to do primary care,” he says. It was mentorship from neurosurgical residents and preceptors that piqued his interest in neurosurgery.

That experience at UK’s Level I trauma center helped prepare Cole for what came next – four years in the Army treating active duty service members and veterans in San Antonio, Texas.

After four years in trauma, Cole was looking for a quieter role. He took a position in Elizabethtown, Ky., but it was a little too quiet. In search of a position that was more esoteric and broader in scope, Cole landed in Louisville at the Baptist Health Center for Advanced Neurosurgery in August 2014, joining the practice of Jonathan Hodes, MD. Describing himself as a general neurosurgeon, he says, “I tackle everything from entrapments to brain tumors. I enjoy that about my work, the fact that I get an opportunity to spread my wings a little bit and not just get pigeonholed into only doing spine work gives me some pleasure because I get to have a different day in the office every day.”

As a general neurosurgeon, Cole estimates his practice is like most – 75 percent spine-related disorders and 25 percent cranial work or other procedures. However, he points to Kentucky’s high rate of smoking, which contributes to higher than average rates of malignancy in his patient population.

His patient mix is everything from young worker’s compensation patients to the elderly. Given his attraction to the esoteric, Cole sees potential even in elderly patients where others do not. “One of the things I’ve come to appreciate in my new practice is there are patients I’ve seen who other people haven’t worked on based on the fact that they are elderly. But, elderly people have lives too,” says Cole. “You have to adjust and pivot and shift what you’re going to offer them in terms of an intervention and take into account their comorbidities.”

Cole sees the advances in neurosurgery over the last decade or two as an overall “continual refinement” of technique from aggressive, open dissection to minimally invasive surgery. This is reflected in his treatment philosophy, where his enthusiasm is not focused on a particular technology or device, but rather on the question he asks himself: “What good have I done today? It’s not so much one procedure; it’s a set of outcomes that charges my batteries,” he says.

Describing his practice as holistic, in the sense that he considers more than just the spine, the tumor, or the cranial problem at hand, Cole says, “I discuss smoking cessation with probably 90 percent of our patients. It’s odd for a neurosurgeon to focus on lifestyle issues, but we think it’s an important part of outcomes.” The practice also takes a service-line, team-based approach in the case of cancer patients, incorporating neurosurgery, medical oncology, radiation oncology, pathology, etc.

Lifelong learning is not only part of the job for Cole but is part of his nature and a goal he has in common with his new practice. For instance, he recently attended training on a procedure for the ablation of metastatic spinal tumors. And, it’s a benefit to his patients.

While Baptist Health is not a Level I trauma center, because of his connections with and understanding of the military community, Cole still sees a fair amount of active duty personnel, and he will soon be spending a few days in North Carolina teaching non-neurosurgeons how to perform neurosurgery under exigent circumstances. “I still have my toe in the water in terms of giving back to my country. I value my country only after I value my family,” he says.