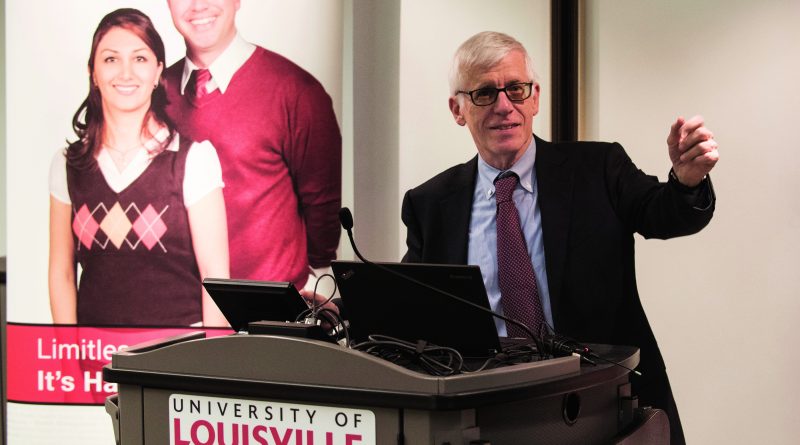 Swikert was trained at the University of Louisville School of Medicine and the St. Elizabeth Family Medicine Residency Program in Edgewood, Ky. She and her husband, Don, also a family physician, then started their own medical practice and worked together for 18 years in Florence. Afterward, Swikert worked for a large multi-specialty practice as lead physician of her office for over 15 years. Now, she works part time for St. Elizabeth Physicians and is a consultant for the Kentucky Board of Medical Licensure and Kentucky Department of Transportation.

During her address at the KMA Leadership Dinner, Swikert set forth three goals – to work to improve health outcomes for Kentuckians and to help develop a generation of physicians prepared to meet the needs of a 21st century healthcare system. “And most importantly,” she said, “to restore the joy in medicine and enable physicians to spend their time where it matters most – helping patients.”

Other officers elected by KMA members during the 2016 Annual Meeting include:

The association also presented its annual awards during the meeting.

LOUISVILLE On September 12, the University of Louisville hosted an LGBTQ Health Summit, a day-long open forum to learn about LGBTQ health concerns through workshops and group discussions. More than 120 students, staff, physicians, and others from across the state attended the keynote session and other workshops during the day.

In the Medical Education Ground Rounds, Jennifer Potter, MD, advisory dean and director of the Castle Society at Harvard Medical School and an international expert on LGBTQ and women’s health, discussed patient-centered care for LGBTQ individuals. In her talk, she cautioned against making assumptions about a patient that are influenced by unconscious bias.

Potter also proposed questions for clinicians that will reveal sources of stress and lay groundwork for helping the patient develop resiliency. “We have to treat each patient individually, asking about life stressors and adaptive strategies, and make a commitment in our interactions with the patients to help people gradually increase their resilience over time,” asserts Potter.

By identifying previous trauma in a patient’s life, Potter said a physician may be able to understand the root of health problems. These events may be revealed by carefully asking the patient about his or her life. “In medicine we have been taught to think about a whole pathological way of categorizing patients. ‘What’s wrong with you; what is the disease?’ If we could switch from the pathological, ‘What’s wrong with you?’ and think about ‘What happened to you?’ it changes the whole paradigm. We don’t know what traumas a person has incurred until we ask,” she says.

At the summit, organizers also announced an online resource for providers and patients, OutCarehealth.org. The U of L School of Medicine is partnering with a consortium of three other LGBTQ Centers in Kentucky to populate this online database of LGBTQ-friendly and competent providers. Providers sign themselves up for the database, pledging to provide a welcoming environment for LGBTQ individuals.

LEXINGTON The Ronald McDonald House Charities of the Bluegrass (RMHC) recently honored Dr. Carmel Wallace, chair of the University of Kentucky Department of Pediatrics and physician-in-chief of Kentucky Children’s Hospital, with the 2016 Elizabeth Carey Nahra Legacy of Love Award.

The award recognizes an organization or individual whose exceptional contributions or projects have enabled the Ronald McDonald House of the Bluegrass to assist families of children hospitalized at Kentucky Children’s Hospital (KCH). Wallace founded the Helping Hands Fund, which supplements family donations to cover the charity’s operational costs through scholarships. The fund contributes $20,000 annually to the RMHC.

A native of Eastern Kentucky, Wallace has worked to ensure Eastern Kentucky families receive access to advanced pediatric care available at KCH. Through Wallace’s leadership, KCH has extended its presence in Eastern Kentucky by providing specialists and clinical services in rural communities.

Wallace accepted the award during the charity’s annual McDazzle Gala on Sept. 10. Recipients of the award are selected by the family of Elizabeth Carey Nahra, an advocate and former director of the Ronald McDonald House who passed away in 2015. Past recipients include KCH, Children’s Charity Fund of the Bluegrass and KCH neonatologist Dr. Nirmala Desai.

LOUISVILLE Delivering a talk in a state with one of the highest rates of cigarette smoking in the nation, Jonathan Samet, MD, MS, distinguished professor and Flora L. Thornton Chair, Department of Preventive Medicine at the University of Southern California Keck School of Medicine, and director of the USC Institute for Global Health, tackled the issue of tobacco and health at the University of Louisville’s School of Public Health and Information Sciences inaugural Woodson Lecture on Sept. 19.

Samet’s lecture covered a historical perspective on tobacco, addressing concerns over efforts of the tobacco industry to diminish the impact of emerging scientific evidence. He outlined efforts to enhance tobacco and health policy over the last 50 years and demonstrated how solid research can drive gains in public health. Samet referenced the 2014 surgeon general’s report, The Health Consequences of Smoking – 50 Years of Progress.

The timely topic of the talk is a reminder of Kentucky’s dismal health statistics related to tobacco, such as facing the highest rate for cancer in the United States, especially lung cancer. In Kentucky, from 2009 through 2013, 118 men and 80 women out of every 100,000 individuals were diagnosed with lung cancer compared to 75 men and 53 women per 100,000 nationally. The death rate for lung cancer is 70 per 100,000 in Kentucky compared to 46 per 100,000 nationally. Death rates for other tobacco-related health problems such as heart disease, stroke, and non-cancer chronic lung disease also are higher in Kentucky than national averages.