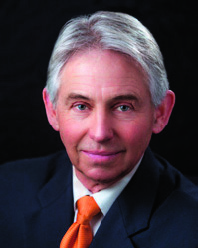 Welcome to MD-UPDATE, the oncology and hematology issue.

I had the opportunity over 10 days in October to attend three events related to healthcare in Kentucky that, in my opinion, showed the best of people. I went as a participant and an observer to Colors of Courage, Yes, MAMM!, and The Doctors’ Ball. There are photographs for Colors of Courage in this issue, and we’ll have photos from Yes, MAMM! and The Doctor’s Ball in the next issue of MD-UPDATE.

What I found so moving after this series of events that engaged thousands of Kentuckians, each of whom had a personal connection to the particular cause at hand, was the profoundly positive energy and optimism of those assembled.

At The Doctors’ Ball, Louisville Mayor Greg Fischer spoke of his parents, George and Mary Lee Fisher, who were honored as Community Leaders of the Year. Mayor Fisher recalled the example that his parents set when he was growing up. “Treat everyone the same,” was his mother’s motto, he said. And, “If you see someone who needs help, give them a hand,” was Fisher’s memory of his father’s modus operandi.

So simple and so powerful.

Sitting here mid-October, three weeks away from Election Tuesday, listening to Sunday morning news programs about an absurdly negative presidential campaign, I am heartened by the compassionate, uplifting spirit and actions of thousand of fellow Kentuckians who freely give of themselves and their resources to others.

I applaud each and everyone one who attended and participated in these events, as well as the thousands of providers who daily follow the example of George and Mary Lee Fisher: “Treat everyone the same, and if you see someone who needs help, give them a hand.”

All the Best,Gil Dunn, Publisher

To date, Hope Scarves has sent over 6,000 scarves to those undergoing cancer treatment, reaching every state in the US and nine foreign countries. The oldest recipient is 92 and the youngest is five.