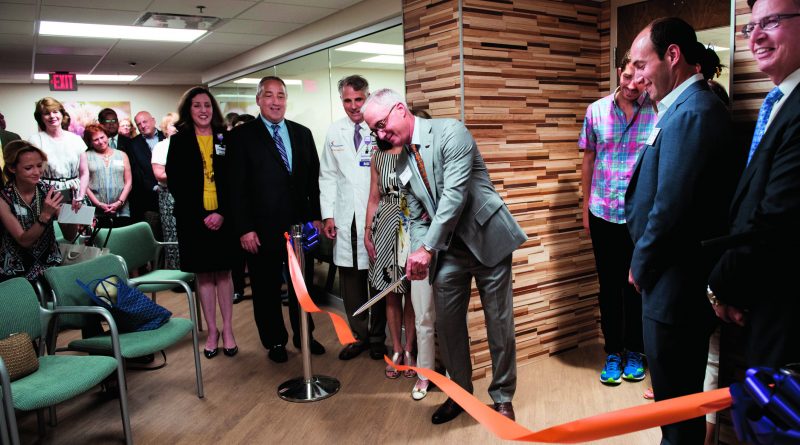 LOUISVILLE KentuckyOne Health announced the relocation of the Trager Transplant Center, one of the leading providers of organ transplantation in the country. The center, a joint program with the University of Louisville School of Medicine and KentuckyOne Health, has moved from its previous location at Jewish Hospital to the newly-renovated third floor of the Frazier Rehab Institute building to allow for expansion and improved patient care.

The transplant department previously resided in approximately 10,000 square feet of space at Jewish Hospital, and only had six exam rooms. According to KentuckyOne Health officials, the move to Frazier Rehab Institute allows for better patient flow, improved patient satisfaction, and will alleviate congestion. Construction of the new space began in January 2016.

The new space provides a larger area for the transplant department, including 16 exam rooms, four consultation rooms, and additional space for the department staff and transplant doctors. The project involved the renovation of 18,000 square feet of space, and will allow the solid organ transplant programs to be in one place.

Since 1964, the Jewish Hospital Trager Transplant Center has transplanted thousands of organs. The Center is nationally recognized for performing Kentucky’s first adult heart, pancreas, heart-lung, and liver transplants, as well as the first minimally invasive kidney donation in Kentucky.