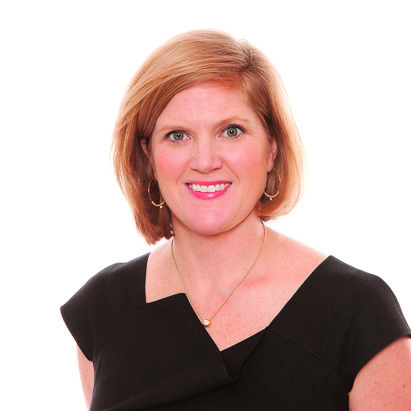 Beginning in 2004, teenager Yarushka Rivera, a Medicaid beneficiary, received counseling services at Arbour Counseling Services in Massachusetts. In 2009, she suffered seizures as an adverse result of a prescription for her bipolar disorder, and ultimately died. An investigation revealed that very few of the employees at the treatment center were licensed to provide care. The individual who had diagnosed the bipolar disorder for which she received the medication was actually not a licensed psychologist, and her PhD had come from an unaccredited internet college. This “doctor,” as she held herself out to be, had applied to Massachusetts to be a licensed psychologist and had been rejected. The individual who had prescribed the medicine to the teen, held out as a psychiatrist to the teen and her family, was actually a nurse without the authority to prescribe medications without supervision.

The United States Supreme Court, in the case of Universal Health Services v. United States ex rel. Escobar, found the owner of the counseling facility in violation of the False Claims Act (“FCA”) under the theory of ‘implied certification,’ and the result could cause severe headaches for practitioners.
1

Under implied certification (also referred to as ‘implied false certification’), the theory is that, by submitting a claim for payment, the claimant is impliedly in compliance with all relevant laws, regulations, contract requirements, etc., that are material conditions of payment. Failure to disclose lack of compliance renders claims submitted with respect to these regulatory conditions false or fraudulent. This outcome keeps the floodgates open for FCA claims, but the result in Escobar isn’t a total loss for providers.

Let’s start with the good news for healthcare providers first: the ‘implied certification’ theory espoused in Escobar is far more limited than originally envisioned in lower courts. In Escobar, the First Circuit adopted a broad theory of implied certification, such that any claim presented for payment implicitly suggests compliance with all laws and regulations by the claimant. This theory would have resulted in broad attachment of FCA liability for every failure of compliance on the part of a claimant.

The Supreme Court instead couched its recognition of the theory in terms such that a representation about the goods or services as to compliance must have been made by the claimant, and that the failure of the claimant to disclose noncompliance would have affected the decision to pay the claim. According to Justice Thomas in the majority opinion, “What matters is not the label the Government attaches to a requirement, but whether the defendant knowingly violated a requirement that the defendant knows is material to the Government’s payment decision.”
2

The materiality language used by the court here is important in that it does put an onus on the qui tam relator to prove that the misrepresentation or omission at issue under the implied false certification theory was or would have been material to the payment decision. This cuts against the automatic attachment of False Claims Act liability even if a claim submission misrepresents an express condition of the contract under which the payment is made. The materiality of the misrepresentation is the overriding factor.

The court did, however, explicitly reject the application of a much more stringent standard by other circuits. The Second Circuit, for instance, held that “implied false certification is appropriately applied only when the underlying statute or regulation upon which the plaintiff relies expressly states the provider must comply in order to be paid.”
3
The Sixth Circuit, which includes Kentucky, held largely along these same lines, recognizing implied certification as a theory but only in certain explicit circumstances. The Supreme Court dismissed this higher bar to entry for implied certification claims, focusing instead on the representations made by the claimant over the explicit terms of the payment.

The adoption of the implied certification theory by the Supreme Court is not a particularly welcome development. The facts of the Escobar case are particularly egregious, but many implied certification claims will likely arise under far less dire circumstances, and this could result in an increase of FCA liability for providers as a result. A further consideration is that the new materiality test set out in the case will make the determination of liability more fact-intensive and less likely to be dismissed early in the proceedings, so not only may FCA claims increase in number, but they will also be harder to dispose of and costlier to litigate.

On the other hand, this holding produces a far more exacting standard, curtailing liability and placing a larger burden on qui tam relators in the pursuit of False Claims Act violations. Courts will scrutinize such claims more severely from now on, and the high bar set for successful litigation of these claims may lead relators to think twice before pursuing a qui tam action. On the whole, the Escobar holding’s true legacy may be a mixed bag for all.

Molly Nicol Lewis is an associate of McBrayer, McGinnis, Leslie & Kirkland, PLLC. Lewis concentrates her practice in healthcare law and is located in the firm’s Lexington office. She can be reached at mlewis@mmlk.com or at (859) 231-8780.

This article is intended as a summary of federal and state law and does not constitute legal advice.