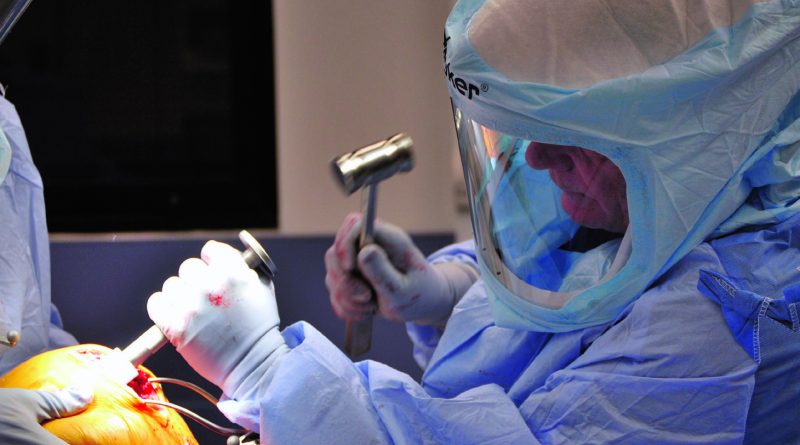 LEXINGTON When Greg D’Angelo, MD, was doing his master’s degree in mechanical engineering, robotic-assisted partial knee replacement was not on his radar, and the developers of the orthopedic robotic hand piece may not have envisioned an orthopedic joint replacement specialist who did his master’s thesis on three-dimensional motion imaging. Sometimes these things come together as if by fate, and good things happen.

D’Angelo, a joint replacement specialist, joined Bluegrass Orthopedics in Lexington as the third member of the practice in 1995, when all members of the group did general orthopedics. With the group now at 20 providers with 12 surgeons, each one can focus on a subspecialty with the assurance that at least one member of the group will cover the other areas. D’Angelo has been able to focus on joint replacement for several years now. During this time, D’Angelo reports that hip and knee replacement surgery has gone from being a big surgery with large incisions, blood loss, and an admission to the hospital, to being a much smaller surgery done in a surgery center with same-day discharge if the patient is in good general health. While there is no such thing as minor surgery, especially if you are the patient, the morbidity of joint replacement has steadily decreased as developments in materials, technology, surgical instrumentation, and minimally invasive surgical techniques have evolved.

D’Angelo obtained a bachelor’s degree in mechanical engineering from McMaster University in Hamilton, Ontario and then entered the MD program at the same university. His surgical internship was done at Mt. Sinai Hospital, followed by a residency in orthopedic surgery at the University of Toronto. He then returned to McMaster to complete the Masters of Mechanical Engineering program, followed by three one-year subspecialty fellowships, all in Toronto, beginning with arthroscopic surgery and sports medicine, then pediatric orthopedic surgery, and finally adult reconstructive surgery. He immigrated to Kentucky in 1992 and to Bluegrass Orthopedics in 1995. He has been in that practice to the present.

For historical perspective, D’Angelo recounts that partial knee replacement was first tried in England about 40 years ago and has come in and out of popularity over the course of his career, becoming more successful as technology has produced better performing implants and now more accurately placed implants. Improvements in prosthesis manufacturing linked with better imaging techniques and computer analysis to assist prosthesis placement have all converged to produce the robotic devices that are now the cutting-edge of surgical care.

The greatest challenge of partial knee replacement has always been to fit the prosthesis into the knee so that it conforms to the remaining bones and ligaments of the knee in optimal anatomic alignment, as well as correcting existing joint deformity and range of motion to the maximum extent possible without over-stressing the soft tissue in and around the joint. This challenge is now met with a greater degree of success than might have been imagined even a few years ago.

This brings us to the two-part contribution of the Navio® robotic system. There is definitely a wow factor in this robotic device, but it is perhaps not the one you would first imagine. Since the most visible part of the system is the robotic hand piece, and it is an incredible instrument, it would seem it should get the all-star votes. But, the bigger wow in this system is that it can “see.” Not to push the anthropomorphosis too far, but as D’Angelo explains, this robot sees with the same technology that high-end video games, like the Xbox, used to let the gamer control the action on the screen – a wavelength of light not visible to the human eye sent to a computer via a detector.

For partial joint replacement, an array of reflective spheres is placed on the femur and tibia in the operating room after making an incision. The bone surfaces are recorded using a 3D pointer. The system does not require a preoperative image such as CT scan or MRI. The computer controlling the robotic hand piece, known as the Smith & Nephew Bluebelt Navio, has already been programmed with the specifics of the prosthesis to be implanted. D’Angelo then rotates the knee through several planes of movement and the computer calculates the relevant kinematics unique to that particular patient using the images of the reflective spheres attached to the bone. The power of the computer is then used to replace the knee “virtually.” The components to be placed are chosen to fit the bone contours. The original cartilage surface can be made to match the new metal surface. The range of motion is checked on the computer so that the two components articulate at the correct locations and that the knee is stable and balanced throughout the range. If adjustments have to be made, the components can be rotated and shifted to one-degree and 0.5mm accuracy and rechecked on the screen before any bone is cut.

The robotic hand piece is used by the surgeon to cut the host bone at the specified implantation bed, but only in that calculated bed because the robotic cutting tool will not remove bone outside of that prescribed area. If a movement of the drill is about to push outside the calculated area, the drill stops and will not cut again until brought back within the calculated area. This process is accurate to within one millimeter. So, when asked; “What can a robot do that an experienced and meticulous surgeon can’t do?” D’Angelo responds, “Wrong question. The real question is: What can that experienced and meticulous surgeon do with the computer-directed robot system that he can’t do without it? That one-millimeter accuracy tolerance cannot be achieved without robotic assistance.”

In discussing the theoretical ideal patient for joint replacement, D’Angelo gives an answer that is not intuitive to someone outside the field. The usual answer to that kind of question in most branches of medicine would be that the best patient would be diagnosed and treated very early in the disease process. D’Angelo tells us that many patients come in with that same concept; they want to get surgery right away before it gets to the point it can’t be fixed. Basically, says D’Angelo, “You can’t damage a knee or a hip to the point that it can’t be fixed, so there is no rush.” In fact, the opposite should be observed. Specifically, the best patient for a joint replacement is one whose lifestyle has been destroyed by pain and immobility. These patients are so relieved by the procedure that they are willing to undertake the rehabilitation necessary and put up with some temporary discomfort in order to have their lives back. “That’s the best part,” D’Angelo says, “having patients come back to get their stitches out, walking on their own, no wheelchair, no walker, no cane. That’s a good feeling for everybody.”

The real question is: what can an experienced surgeon do with a computer-directed robotic hand piece that he couldn’t do without it?– Dr. Greg D’Angelo 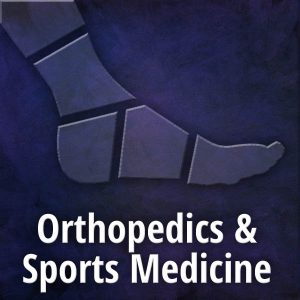