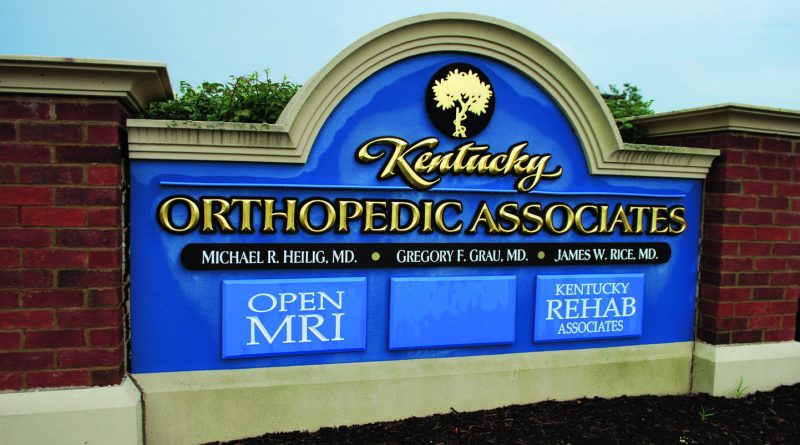 WINCHESTER, KY Michael R. Heilig, MD, was familiar with orthopedic techniques as early as 1969, the year of his birth, when he began treatment for his own clubbed feet. At that time, the orthopedic management of his condition meant surgeries, casting, and bracing. Many individuals pursue medicine because of a personal medical problem or a condition severely affecting a loved one. The majority of these people have changed their minds before the end of medical school. Not Heilig. His personal interest in club foot persisted, and rotations in medical school further convinced him to pursue an orthopedic career. Now, after 14 years in a very busy practice in general orthopedic surgery and the formation of Kentucky Orthopedic Associates in Winchester, Ky., he is quite happy with his early decisions.

Heilig grew up in Lexington and attended Brigham Young University for his BS degree. He took his medical degree from U of L’s School of Medicine, followed by an orthopedic surgery residency at Tulane University in New Orleans. After residency, Winchester was a good fit for Heilig because extended family members were close by and he had the desire to fill a service void in Eastern Kentucky. Furthermore, his friend through medical school and residency, G. Jeffrey Popham, MD, already had a private practice established in Winchester. Popham encouraged Heilig to join him. However, soon after beginning this partnership, Popham moved to Louisville to be closer to his family.

So, four months out of residency, Heilig found himself in solo practice, which he considered “somewhat daunting but it turned out to be a blessing because I was able to deliver all aspects of orthopedic care myself and became very comfortable doing so.” Although he had no concrete business plan for expansion and the creation of a group practice, after four years, Heilig took on his first partner, Gregory F. Grau, MD. Grau, a graduate of UK College of Medicine, has been associated with Kentucky Orthopedic Associates for 10 years now.

About a year ago, the practice added James W. Rice, MD, a 2006 U of L School of Medicine graduate, who had been practicing spine surgery in Ashland, Ky. Rice’s addition filled a service need for spine surgery in the area. Nine months ago, at the end of 2015, David Waespe, MD, UK College of Medicine, joined the group after a fellowship in joint replacement surgery. These four surgeons now make up Kentucky Orthopedic Associates in Winchester, with satellite offices in Georgetown, Richmond, Paris, Morehead, and Irvine. In addition to the medical staff, the practice employs five physician assistants – Jason Delong, PA-C, Brandon Embry, PA-C, and Kurt Schlenther, PA-C, who will be joined by Sarah Ervin, PA-C, and Michael Bradley, PA-C – plus physiotherapists, and has its own open MRI facilities at the Winchester and Richmond offices.

“To expand further we’d have to add additional providers,” says Heilig. “We stay very busy now with patients who come to us from outlying areas. Eastern Kentucky patients come to Winchester and Southeastern Kentucky comes to our Richmond clinic.”

Although Heilig continues to practice general orthopedic surgery, he has a special interest in abnormalities of the shoulder, including shoulder arthroscopy and shoulder replacement. “Diagnostics and pathology of shoulder repair is much improved over the last ten years.”

An additional area of interest for Heilig is repair of the anterior cruciate ligament of the knee. For this process, Heilig prefers the Arthrex© All Inside ACL Technique, an all internal procedure through four small incisional ports and no large incision. An allograft is placed with anchors to the tibia and femur that are drilled with a special pin drill developed by Arthrex. In addition to these fairly high volume procedures, Heilig has maintained an interest in club foot, also known as Congenital Talipes Equinovarus (CTEV), which he treats non-operatively with manipulation and casting. While at Tulane he performed research on club foot using this non-operative approach with good results. Heilig uses an arthroscopic technique for hip surgery especially in young people who need labrum repair or osteoplasty, a minimally invasive technique that only a few surgeons in Kentucky are doing.

Improvements in current orthopedic surgery employed by Heilig include a Smith & Nephew produced joint replacement material, Oxinium© that is an amalgam of steel and ceramic and has been approved by the FDA for at least a 30-year life span. “Newer materials wear better and last longer. This has a significant effect on the decision to move forward with joint replacement in younger patients who previously might hold off on joint replacement in spite of debilitating pain and immobility,” says Heilig.

Heilig describes common misconceptions about orthopedic treatments such as people who think they will never work again after joint replacement and new treatment of wrist fractures with low profile bone plating allowing repair without using casting and wire fixation. These wrist fracture patients can begin physiotherapy earlier and have less post-operative pain and stiffness. With X-ray, MRI, ultrasound, nerve testing and fluoroscopy available onsite at Kentucky Orthopedic Associates, many procedures that would have previously required hospitalization can now be done in-office, such as joint injections, particularly for the spine. Even spinal rhizotomies and kyphoplasties can now be done in office. “Having different diagnostic and treatment modalities all under one roof has greatly contributed to our continuity of care for our patients,” says Heilig. With the combination of a team of four surgeons, five physician assistants, physiotherapists, bracing experts, EMG diagnostics, and full imaging capability, Dr. Michael Heilig has turned a personal orthopedic difficulty into a fully capable state-of-the-art orthopedic facility.

New materials wear better and last longer. This has a significant impact on the decision to move forward with joint replacement in younger people.– Dr. Michael Heilig