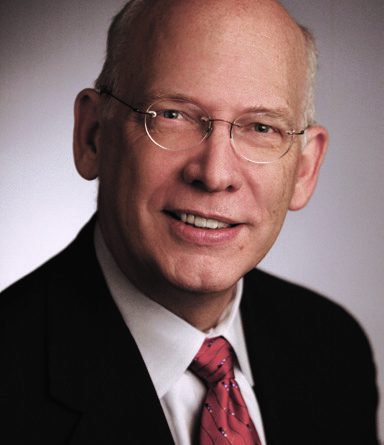 While practicing as a CPA, our firm ran an ad that compared the relative dimensions of the rear view mirror to that of the windshield and suggested that they should also be used in that proportion. The 100th issue of MD-UPDATE is a good milestone with which to glance into the rear view mirror while still focusing on what lies ahead. You, dear reader, and I have been through a lot together over these past 8+ years, and I feel incredibly privileged to have had many of you along for the entire journey. Some of you have become friends who have regularly challenged me to think more clearly about what I write here. Especially for you who have provided questions and feedback, I remain grateful. Be assured, relevance to you remains my goal.

In 2008, before the crisis got underway, you were challenged to think less in terms of relative return, i.e. beating the market, and to focus more on an individual investment strategy tied to your own goals and objectives. I wrote that it was time to “seek, through knowledge, performance that will be measured against some absolute return benchmark and to remain less than satisfied with anything that falls short.” To support that argument, you were introduced to the concept of endogenous risk (the risk inherent in the market itself), a theory developed by Stanford’s Mordecai Kurz in 1994 but made more accessible by economist Woody Brock.

In this space, you have read about a new way of thinking about financial planning, tagged as the economists’ approach because it was built on a theory of consumption-smoothing, originally proposed in the early 20th century and fully developed by Boston University economist Lawrence Kotlikoff. Rather than goals-based, traditional financial planning that focuses solely on building a pot of money to meet a future goal, attention is focused on the current spending/saving tradeoff. The method is, in my opinion, far superior for quantifying current and future financial decisions, such as when to retire, when to take social security, how much to spend on college, downsizing/upsizing a residence, etc. We even went so far in one article to suggest that many of you might be saving too much, a stance labeled as heresy by many financial advisors.

We have articles in the archive related to estate planning, tax planning, education funding, long-term care planning, life and disability insurance, and end of life planning. If any of these issues strike a chord with you today and you would like more current information, write or call. For now, let’s turn our full attention to the current marketplace.

The past year has been an especially difficult one for stock investors, especially those who simply buy-hold-and-rebalance. The Dow peaked in May 2015 at 18,351, and at this writing in late May 2016, the index is down nearly five percent since then. Likewise the S&P is down nearly four percent over that same period. The NASDAQ has been even worse; peaking in July of last year, it is down more than 8%eight percent. Dividends have helped push the total return of the S&P into positive territory for the trailing 12 months. Looking solely at those data points hardly tells the story. The market has been range-bound over the past 12 months, and investor emotions have taken a ride up and down several times. Historically, such activity is indicative of market tops.

We need to make decisions today and be ready to move as the market unfolds. By most any measure, today the markets are expensive and earnings are falling. Combined with small business sentiment that is in decline, this sets up for weaker employment numbers in the months to come and does not give the Fed much room for its proposed rate increases. The Presidential election cycle doesn’t help any. Earnings per share outlook has been helped by stock buybacks since 2009, but those have also been significantly reduced this year compared to last. The number of companies that are cutting dividends also appears to be accelerating. All this is putting pressure on corporate balance sheets. An analysis by the Fed’s Board of Governors indicates that delinquencies of commercial and industrial loans are up significantly from Q4 2014. From a technical standpoint, if we examine monthly charts, this market bears significant resemblance to the market tops of 2000 and 2007. In other words, risk is high that we are witnessing the top of this bull market. The great temptation is to succumb to the fear of missing out when strong rallies show up like they did in October of 2015 and February to April of this year or the fear of losing everything in strong declines like we saw in September 2015 or January of this year. At either of those times, it is especially important to take a deep breath, face the fear, and remain true to a strategy that attends to your own individual circumstance. If you have not assessed risk tolerance and risk capacity and adjusted your portfolio accordingly, now would be a good time to do that.

IF YOU HAVE NOT ASSESSED RISK TOLERANCE AND RISK CAPACITY AND ADJUSTED YOUR PORTFOLIO ACCORDINGLY, NOW WOULD BE A GOOD TIME TO DO THAT.

Scott Neal is President of D. Scott Neal, Inc., a fee-only financial planning and investment advisory firm with offices in Lexington and Louisville. He can be reached at scott@dsneal.com or by calling 1-800-344-9098.