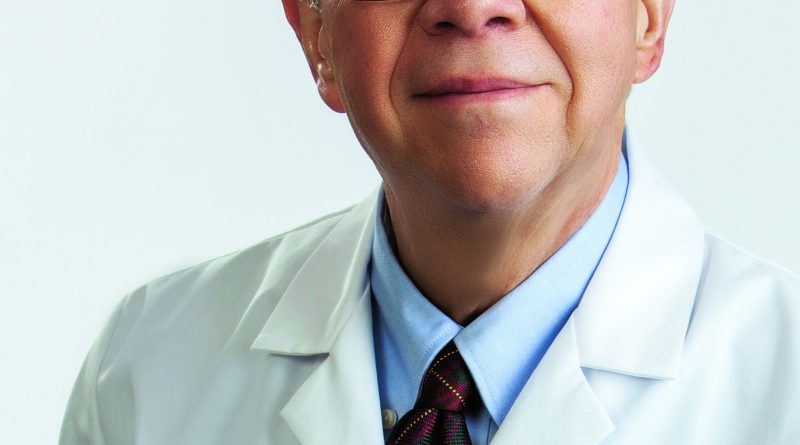 OWENSBORO Recognizing a need is half the battle, and when Thomas Tabb, MD, started traveling to Owensboro, Ky. once a week to practice maternal-fetal medicine, he knew there was much more he could offer.

After stents in Ontario, Canada and at the University of Texas and UK, Tabb eventually migrated back to U of L to be the head of maternal-fetal medicine. His trips to Owensboro began in partnership with his work at Norton Hospital. He quickly recognized the need in the area and realized he could fulfill that need.

“I liked the area, enjoyed the people, and saw a need there for my services,” states Tabb. “I was the only one offering maternal-fetal medicine in that area – it was a brand new service – so I knew it was the place I should be to make a much needed impact.”

Tabb has been providing these much needed services in Owensboro since March 1 of this year, managing the care of infants to 27 weeks gestation with access to a level-three neonatal intensive care unit. His practice offers state-of-the-art ultrasounds that can identify certain abnormalities with the baby, which helps to make appropriate referrals if surgical care is needed after the infant is born. Monitoring of the health and welfare of the baby in-utero is also now available with the use of 3D imaging, fetal heart monitoring, and fetal Doppler studies, identifying risk for fetal death or fetal compromise. Tabb’s true passion though lies in pre-conceptual health awareness, which has been his main focus.

“I’m a big believer in pre-conceptual counseling so that women who have diabetes or hypertension are as well controlled as they can be prior to becoming pregnant,” states Tabb. “One area that is a problem here and across the nation is that diabetes patients are poorly controlled at the time of conception, which greatly increases the risk of birth defects. I can’t stress enough how much women, with any type of condition, really need to be seen prior to conception in order to understand how to control these issues before conceiving.”

Managing these kind of complications during pregnancy is another facet of his practice. “Diabetics need to be well-monitored during pregnancy – the better you’re controlled, the better off your child will be all the way throughout adulthood. The gestational environment majorly influences a child’s health later in life with respect to cardiovascular disease. New medications and new technology, insulin pumps, and continuous glucose monitoring can all now be used in pregnancy and can make a difference. We don’t have the complications we once had and outcomes are very good,” says Tabb.

Tabb has also seen the cascading effect of tobacco use within the state of Kentucky moreso than other areas of the country in which he’s practiced.

“The risk of stillbirth, small babies, and abnormalities is higher, as well as diabetes. It becomes a bigger problem with the obesity issue, which is part and parcel the diabetes issue,” states Tabb. “Obesity is a major health problem, and diabetes tags right along. A lot of young women don’t go for healthcare until they are pregnant, and they might have significant uncontrolled diabetes by that time. Hospitals having healthcare screening fairs to check for diabetes and hypertension are so important, because these really are silent killers.”

Tabb also notes that women who have significant cardiovascular complications during pregnancy are more prone to have cardiovascular issues later in life. “This is all kind of a continuum of a problem. If it starts when they’re 15 and continues to go unchecked, at age 55 they will definitely have complications. Pregnancy is a good time to get people to regulate themselves. The majority of moms are willing to do whatever it takes to ensure the health of their baby,” he adds.

Thankfully most fetal abnormalities Tabb’s practice sees are minor, and he’s happy to reassure parents that most are easily treatable and won’t impact the child’s long-term health.

“I’m happy to provide parents with some type of calmness during their pregnancy, states Tabb. “Most abnormalities do not require surgical procedures after the baby is born. It’s important to be able to interpret what we’re seeing and give the patient the information to hopefully put them somewhat at ease through the rest of their pregnancy.”

Throughout his 30 years of practice, Tabb has seen the attitude towards medical complications change, shifting from a focus only on the beginning of the pregnancy to a more holistic view and a full continuum of care.

“We’re now understanding that women who have significant problems during pregnancy will most certainly feel the impact of that later in life,” states Tabb. “We want to take care of our patients’ medical complications while they’re pregnant, and also arrange for them to follow up with a specialist post-partum. This idea of a continuum of care is hard to understand, but so important because it can change these patients’ outcomes for the rest of their lives.”

Tabb is looking forward to growing his practice and continuing to establish fetal health awareness in the region, as well as offering comprehensive pre-conception diabetes programs and information to pediatricians and internal medicine physicians in the area.

“We all want the same thing for mothers and babies – to see them healthy and happy. Preconception appointments cannot be stressed enough. Everyone needs to be seen before they decide to get pregnant,” adds Tabb. “The incidence of heart defects are extremely high in patients with diabetes if their illness goes unchecked. Rarely do we have a problem that we can actually fix, but if intervention happens early, neonatal complications drop significantly. We can work together to truly change the outcomes for the good, and I’m happy to be fighting for that in Owensboro.”

“I’M A BIG BELIEVER IN PRE-CONCEPTUAL COUNSELING SO THAT WOMEN WHO HAVE DIABETES OR HYPERTENSION ARE AS WELL CONTROLLED AS THEY CAN BE PRIOR TO BECOMING PREGNANT.”– DR. THOMAS TABB