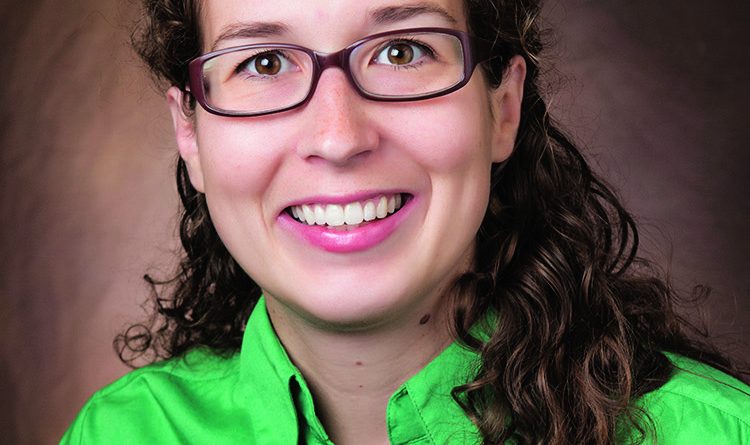 When used in relation to cancer, words like “spreading,” “expanding,” and “aggressive” are generally negative. There are exceptions, however. One such case is the recent announcement by Floyd Memorial Hospital and Health Services that it has expanded its 3D mammography screening capabilities to its Diagnostic Imaging Center in Corydon, Ind., located about 30 minutes from Floyd Memorial Hospital.

What makes this expansion somewhat aggressive is that Floyd Memorial just began offering 3D mammography in August of 2015. But Sarah Leis, RT(R), (M), RDMS, RVT, radiology manager at Floyd Memorial, says the success of the 3D unit in New Albany made the decision to expand to Corydon much easier.

Diagnostic Radiology and Breast Imaging Specialist Laura Barkley, MD, who joined the team at Floyd Memorial in September 2015, says that 3D mammography decreases recall rates due to a greater ability to discern whether or not abnormalities are just a place where the breast tissue is overlapping in a different way. The 3D images also increase cancer detection rates. “When we go through each thin section of the 3D images, we’re able to find signs of cancer such as distortion or pulling in the breast that we would have missed on a regular mammogram,” Barkley says.

The value of 3D mammography to both the patients and the medical staff has been so readily apparent, that a second 3D unit has already been added at the hospital. Shortly after acquiring their first 3D mammography unit, Floyd Memorial added 3D breast biopsy capability with the Affirm biopsy guidance system. In the past, a biopsy would tie up the room and the 3D equipment for an extended period of time. Now, with two 3D units, one unit can be used for biopsy, while the other can continue to be used for the standard outpatient screenings. The result is greater efficiency and less down time.

In addition to the decrease in recalls and increase in cancer detection rates, the 3D units have proven their worth in the actual number of patients served. The 3D mammogram is covered in full by traditional Medicare and has a $60 additional fee for other patients. While the hope is that insurance companies will soon cover the 3D mammograms in full, nearly 60 percent of the women coming in for screening are already opting for 3D over 2D. Leis also reports that patient volume has grown from 10 to 15 percent since the addition of the 3D units.

The increase in patient volume, patient adoption of the technology, and greater service to the patients generated the needed support for the expansion to Corydon.

“I’ve been so excited that Floyd Memorial’s been willing to support the technology and understands that this is what’s best for the patient,” Leis says. “Now that more companies are producing the machines and once commercial insurance carriers get on board to pick up the cost, it’s just going to be the standard of care. So it’s nice to know we are able to embrace the innovation and change and keep Floyd Memorial on the forefront of patient care.”

As soon as a few final pieces of equipment are in place, the staff at Corydon will be able to perform both screenings and diagnostics. Breast MRI and biopsies will still be referred to the hospital.

Leis says the Affirm breast biopsy system has helped make the biopsy experience much more pleasant for the patient as well.

Barkley adds that the biopsy is easier and more accurate for the radiologists using the 3D technology and upright positioning of the patient.

“We are able to scroll through while the patient is positioned for the biopsy,” Barkley says. “We are able to target and find the exact location. The images are much clearer and it’s easier for us to see than if we were trying to do it on the regular stereotactic machine. It’s much easier to pinpoint the abnormality and target with the extra information that we get from the 3D images.”

Barkley says she also expects an increase in the use of breast MRI. A well-established screening tool for women considered to be at high risk for breast cancer, breast MRI joins 3D mammography as state-of-the-art tools to aid in early detection of breast cancer.

Floyd Memorial has demonstrated a commitment to embracing the latest technology and providing optimal care to their patients. They are in the process of renewing their accreditation as an American College of Radiology Breast Center of Excellence, which is based on four elements: breast MRI, stereotactic biopsy, breast ultrasound, and mammography.

Leis says having a unified vision of the standard of care has made it all possible. “I’m really grateful for the support of Floyd Memorial and the Foundation for the 3D biopsy system,” she says. “It’s been great for the patients and for the hospital to offer this technology at both locations.”

It’s aggressive. And it works.

NOW THAT MORE COMPANIES ARE PRODUCING THE MACHINES AND ONCE COMMERCIAL INSURANCE CARRIERS GET ON BOARD TO PICK UP THE COST, IT’S JUST GOING TO BE THE STANDARD OF CARE. – SARAH LEIS, RADIOLOGY MANAGER AT FLOYD MEMORIAL