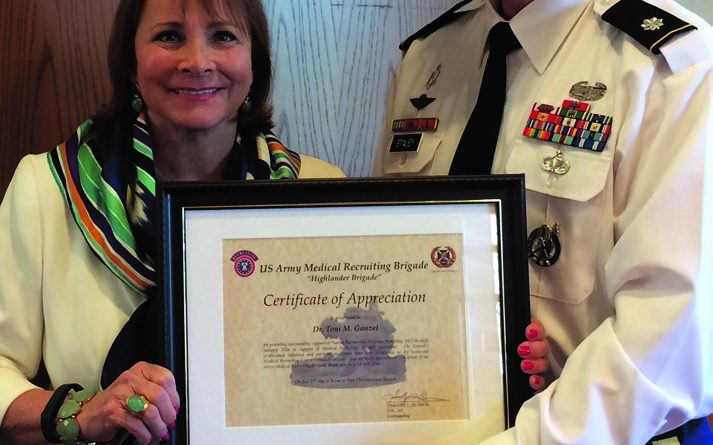 LOUISVILLE A nationally and internationally recognized expert in complex congenital heart disease has joined the faculty of the University of Louisville School of Medicine Department of Cardiovascular and Thoracic Surgery. Frank A. Pigula, MD, comes to Louisville from Boston where he was the clinical director of the pediatric cardiac surgery program at the Children’s Hospital of Boston, rated number one in cardiology and heart surgery by U.S. News & World Report. Pigula also was an associate professor of surgery at Harvard University School of Medicine.

Pigula will perform both clinical and laboratory research at U of L. He has ongoing clinical studies to document neurodevelopmental outcomes in neonates using a technique he developed in Boston to reduce circulatory arrest times in an effort to reduce bypass-related neurologic injury. He also is conducting laboratory research on protecting the brain from bypass-related brain injury during surgery.

“We are extremely pleased to bring a world-class clinician and researcher such as Dr. Pigula to U of L. He will be a tremendous asset in training the next generation of physicians in cutting-edge cardiovascular and thoracic surgery,” said Mark S. Slaughter, MD, chair of U of L’s Department of Cardiovascular and Thoracic Surgery.

Pigula also will practice with University of Louisville Physicians and will serve as chief of the Division of Pediatric Cardiac Surgery at Kosair Children’s Hospital. He is expected to begin seeing patients next month. He joins Erle Austin, III, MD, who has been chief of cardiovascular surgery at the hospital for 26 years and will now focus on direct patient care. Pigula and Christopher Johnsrude, MD, chief of cardiology, will serve as co-directors of the Kosair Children’s Hospital Heart Center.

Pigula earned his medical degree from the University of Vermont College of Medicine and completed his residency in general surgery and surgery research fellowship at Medical Center Hospital, College of Vermont and UVM College of Medicine. He completed a residency in cardiothoracic surgery at the University of Pittsburgh and a fellowship in congenital cardiovascular surgery at the Children’s Hospital of Boston.

Pigula is widely published and is a nationally and internationally recognized expert in complex congenital heart disease. He is on the editorial board of Pediatric Cardiology, Journal of Thoracic and Cardiovascular Surgery, and Case Reports in Medicine, and is an ad hoc reviewer of The Annals of Thoracic Surgery, Pediatrics, The Journal of Heart and Lung Transplantation, Circulation and Journal of the American College of Cardiology.

Patrick Duff, CRNA, and Cristina Lamar, DO, join Anjum Bux, MD, in providing treatment options and management techniques to patients with either acute or chronic pain. Both providers began seeing patients in the fall of 2015.

The HMH Pain Management Clinic was established in February 2015. The clinic will diagnose acute and chronic pain and create individualized treatment plans for patients, based on a number of considerations, including the cause and level of pain.

Cristina Lamar, DO, has joined HMH Pain Management as well. Lamar earned a bachelor’s degree in biological sciences from University of Georgia, Athens, Ga. She then earned her Doctor of Osteopathic Medicine degree from the Georgia campus of Philadelphia College of Osteopathic Medicine, Suwanee, Ga. Lamar went on to complete her residency in anesthesiology and a chronic pain fellowship at University of Kentucky Chandler Medical Center, Lexington, Ky.

The task force is an independent volunteer panel of national experts in prevention and evidence-based medicine. Members come from throughout health-related fields, including internal medicine, family medicine, pediatrics, behavioral health, obstetrics/gynecology, and nursing. Members are appointed to serve four-year terms by the director of the Agency for Healthcare Research and Quality, a part of the U.S. Department of Health and Human Services.

In addition to holding an endowed professorship and chair, Harper also serves as a professor of obstetrics and gynecology in the Department of Obstetrics, Gynecology and Women’s Health; a professor of bioengineering at the Speed School of Engineering; and a professor of epidemiology and population health and of health promotion and behavioral health sciences in the School of Public Health and Information Sciences. Her expertise and primary research focus is prevention, diagnosis, and treatment of diseases related to human papillomavirus.

Ratajczak Honored by President of Poland

LOUISVILLE Mariusz Z. Ratajczak, MD, PhD, DSci, was presented with a Gold Cross of Merit by the President of Poland, Andrzej Duda, on January 22 in Warsaw. Ratajczak, a professor in the University of Louisville Department of Medicine, was recognized for his work in stem cell research and transplantation.

Ratajczak, a native of Poland, received the award at a ceremony marking the opening of the National Transplantation Congress in commemoration of the 50th anniversary of the first kidney transplant in Poland and the 30th anniversary of the country’s first bone marrow transplant. The Cross of Merit is a civil state award presented by the government of Poland to citizens who have gone beyond the call of duty in their work for the country and society as a whole. The award was established in 1923 to recognize services to the state and has three grades: gold, silver, and bronze.

Ratajczak is an internationally known specialist in the field of adult stem cell biology and is director of the Stem Cell Program at U of L’s James Graham Brown Cancer Center, a part of KentuckyOne Health. His 2005 discovery of embryonic-like stem cells in adult bone marrow tissues has the potential to revolutionize the field of regenerative medicine. These very small embryonic-like cells (VSELs) may lead to new treatments for cancer, heart disease, eye disease, diabetes, and neurodegenerative disorders.

“My work would not be possible without the longstanding support of Donald Miller, MD, PhD, director of the Brown Cancer Center, to my program,” Ratajczak said. “I also consider the award as recognition to my team of collaborators: Magda Kucia, PhD, DSci; Janina Ratajczak, MD, PhD, DSci; Malwina Suszynska, PhD; and Gabriela Schneider, PhD, who are working with me to employ VSELs in regenerative medicine.

Recently, Ratajczak’s research team has developed a promising strategy to expand VSELs, opening a door for using the cells in regenerative medicine as an alternative to other stem cells.

Ratajczak also is known for his work on novel mechanisms of mobilization and homing of stem cells, the biological role of extracellular microvesicles and molecular mechanisms of cancer metastasis. His work is supported by two R01 grants. He holds the Stella and Henry Hoenig Endowed Chair in Cancer Biology.

LOUISVILLE Lt. Cmdr. J. Patrick Staley, right, presents a U.S. Army Medical Recruiting Brigade certificate of Appreciation to Toni Ganzel, MD, dean of the University of Louisville School of Medicine, Thursday (Jan. 28) at the University Club on the U of L campus. The recognition was granted for the support shown by Ganzel and the medical school across a variety of activities, including partnership with U of L’s Paris Simulation Center with the brigade for education and training; the provision by U of L of discounted training supplies and training to uniformed personnel; access to medical school grounds for Brigade-sponsored Deployable Rapid Assembly Shelter or “DRASH” exercises showing field medical operations; interaction between Brigade personnel and U of L students and residents; and more. Ganzel also received a battalion coin in recognition of the relationship that continues through the U of L Office of Military Initiatives and Partnerships and the Patriot Partnership Program.

FRANKFORT THE Kentucky State Senate passed legislation today aimed at improving Kentuckians’ chances of surviving sudden cardiac arrest. The legislation passed by a vote of 32 to 6 with strong bipartisan support.

This bill is a major initiative of the American Heart Association both in Kentucky and nationally. In 2011, the association released a Scientific Advisory stating that bystander CPR training and an overview of AEDs should be required for all high school students. Such training would rapidly increase the number of people ready to respond to sudden cardiac arrest, a leading cause of death in the United States. If passed, Senate Bill 33 will make Kentucky the 28th state with such a law. Already more than a million students are being trained in CPR each year because of this initiative.

The bill now heads to the House for consideration.

COMMONWEALTH OF KENTUCKY On January 28, 2016, 10 healthcare systems across the Commonwealth of Kentucky, collectively known as the Kentucky Health Collaborative, announced their primary objectives of raising the standards of care across the state, addressing the Commonwealth’s poor health statistics, and reducing the cost of care through greater operational efficiencies.

The founding health systems’ chief executive officers or appointed executives are serving on a steering committee guiding the formation and development of the collaborative.

The initial health systems that have signed on as charter members of the collaborative are:

Kentucky Health Collaborative is still in its early stages of development, and there are many details yet to be finalized, such as which issues and opportunities for improvement the group will tackle first. As the collaborative develops the systems and infrastructure needed to accomplish its goals, the opportunity to join will extend to a wider pool of potential members across the Commonwealth.

In addition, the collaborative’s steering committee has hired William “Bill” L. Shepley as the organization’s inaugural executive director. Shepley, who has more than 25 years of experience as a healthcare executive at organizations such as the Southern Atlantic Healthcare Alliance and the Coastal Carolinas Healthcare Alliance, has devoted his career to developing and managing multi-facility alliances and networks to guide organizations through changes in the healthcare delivery system.

LOUISVILLE On January 11, the Centers for Medicare & Medicaid Services (CMS) announced 121 new participants – representing 49 states and the District of Columbia – in an innovative initiative – Medicare Accountable Care Organizations (ACOs) – designed to improve the care patients receive in the healthcare system and lowers costs.

Doctors, hospitals, and healthcare providers establish ACOs in order to work together to provide higher-quality coordinated care to their patients, while helping to slow healthcare cost growth. KentuckyOne Health Partners will be one of 434 ACOs participating in the Shared Savings Program as of January 1, 2016. Beneficiaries seeing health care providers in ACOs always have the freedom to choose doctors inside or outside of the ACO. ACOs receive a portion of the Medicare savings generated from lowering the growth in healthcare costs as long as they also meet standards for high quality care.

LEXINGTON CLINIC ANNOUNCES 2016 BOARD OF DIRECTORS

LEXINGTON at Lexington Clinic’s annual meeting of the board of directors, held January 27, 2016, the following officers were elected to serve for the year.

“Our board of directors is leading a program assuring a culture of value-based care, and of placing the patient first with every decision,” said Umansky.

LOUISVILLEL Baptist Health has added four new members to its board of directors for 2016.

The new board members are:

Brent COOPER, President of C-Forward Information Technologies in Covington, Ky. He also serves on the Kentucky State Chamber Board, Covington Partners Board, and NKY Education Council Board. In addition, Cooper serves on the Fort Thomas Planning Commission and is co-chair of the Greater Cincinnati read on! Campaign.

Terry Lester, recently retired pastor of First Baptist Church in London, Ky., now living in Frankfort. Dr. Lester continues to serve as a member of the board of directors of Baptist Health Corbin.

GLENN LEVERIDGE, market president for Central Bank in Winchester, Ky. He is a resident of Lexington and continues to serve on the board of Baptist Health Lexington.

AARON THOMPSON, PhD, Executive Vice President and Chief Academic officer for the Kentucky Council on Postsecondary Education. A resident of Richmond, he previously had been a member of Baptist Health Richmond’s board.