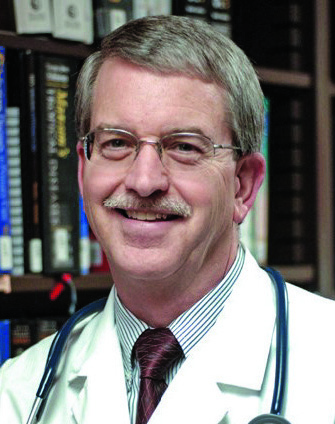 LEXINGTON Dr. Gregory Bix has been given honorary status in the College of Medical, Veterinary and Life Sciences at the University of Glasgow, Scotland. Bix will be an honorary clinical lecturer in the Institute of Neuroscience and Psychology. His appointment will expire in 2020.

Bix, an associate professor in the University of Kentucky’s Departments of Neurology, Anatomy and Neurobiology, and the Sanders-Brown Center on Aging, is also the director of the Center for Advanced Translational Stroke Science and the Paul G. Blazer, Jr. Endowed Professor of Stroke Research.

QMHC is a peer-reviewed journal that provides a forum for readers to explore the theoretical, technical, and strategic elements of healthcare quality management. The journal’s primary focus is on organizational structure and processes as they affect the quality of care and patient outcomes.

LEXINGTON Dr. Jayakrishna Ambati, professor and vice chair in the Department of Ophthalmology and Visual Sciences, and professor of physiology at the University of Kentucky College of Medicine, has been elected Fellow of the National Academy of Inventors (NAI). Election to NAI Fellow status is a high professional distinction accorded to academic inventors who have demonstrated a proficient spirit of innovation in creating or facilitating outstanding inventions that have made a tangible impact on quality of life, economic development, and the welfare of society.

Ambati is an internationally recognized authority who has pioneered innovative concepts in macular degeneration, a blinding disease that affects 150 million people worldwide. Findings from his lab have been published in the most prestigious scientific journals such as Nature, Science, Cell, Nature Medicine, The Journal of Clinical Investigation, and the Proceedings of the National Academy of Sciences.

LOUISVILLE Baptist Health recently hired Michelle A. Speicher, MBS, BNS, RN, FACHE, NE-BC, as the new Cardiovascular Program director for the Kentuckiana region. In her new role, Speicher will be responsible for the overall administration and coordination of the cardiovascular program including planning, directing, monitoring, coordinating, and evaluating the success of the overall cardiovascular service line.

Prior to joining Baptist Health, Speicher served as the director of Clinical Care/ Cardiovascular Services and Float Pool at Baylor Regional Medical Center in Grapevine, Texas. Currently, she is completing her doctorate of business administration from Southern California University. She completed her bachelor of science in nursing and master of business administration in integrative management from Michigan State University.

LOUISVILLE Although many rural residents who previously were uninsured now have health insurance thanks to the Affordable Care Act, a shortage of physicians in many rural communities means it still can be difficult for rural residents to obtain healthcare.

The University of Louisville School of Medicine has been working to increase the number of physicians in rural communities by training doctors at Trover Campus at Baptist Health Madisonville for 17 years. William J. Crump, MD, associate dean for the Trover Campus, and his colleagues at U of L have assembled data to demonstrate that their efforts are paying off. The physicians who spent the last two years of medical school at the rural location are much more likely to ultimately practice in a rural setting.

In a study published online in The Journal of Rural Health, Crump reveals that 45 percent of the physicians who completed medical school at the rural campus now practice in rural areas, compared with only seven percent of graduates who remained on the urban campus. The authors examined data for 1,120 physicians who graduated from the U of L School of Medicine between 2001 and 2008, including those who completed training at the traditional urban campus as well as Trover Campus. They used statistical methods to control for the percentage of graduates who had rural upbringing and chose family medicine, factors that previously were shown to predispose a physician to rural practice, and were able to demonstrate the rural campus itself added to the likelihood a physician would choose a rural practice.

Almost two-thirds of Kentucky’s counties are considered health professional shortage areas, meaning they have far too few primary care physicians. The University of Louisville focused on correcting this shortage by establishing the Trover Campus in Madisonville, Ky., a town of 20,000 that is 150 miles southwest of Louisville in the west Kentucky coal fields. It was believed that training students from small towns in a small town would more likely produce physicians for the small towns, and now this concept has been proven. Trover Campus was only the second in the United States to be placed in such a small town.

Working directly with Saint Joseph London and other community health care providers, VNA Health at Home is a full service healthcare organization that believes the best place for someone to get better, and faster, is in their own home. VNA Health at Home provides quality, coordinated home care and hospice services through a team of skilled professionals, such as nurses, physical therapists, occupational therapists, social workers, speech therapists, home health aides, volunteers, and chaplains. Providing quality care to the community for over 40 years, VNA Health at Home in London, Ky. serves Pulaski County, Laurel County, Clay County, Knox County, and Whitley County.

ELIZABETHTOWN Physicians and other leaders from Hardin Memorial Health (HMH) and the UK Markey Cancer Center – Kentucky’s only National Cancer Institute (NCI)-designated center – celebrated the new partnership at the HMH Cancer Care Center in Elizabethtown. In recognition of this higher level of patient care, HMH cancer patients attended the event and hung holiday ornaments in awareness of some of the area’s most prevalent cancers.

As a member of the UK Markey Cancer Center Research Network, HMH will be able to conduct Markey-led and NCI-led clinical trials because of Markey’s position as an NCI-designated cancer center.

HMH now is one of four research sites of the Markey Cancer Center Research Network. The HMH cancer care team was invited to join the network based on previous performance in research, including a study to identify the best approaches to help cancer patients quit smoking, which will help improve their response to cancer treatments.

Inclusion in the research network is an extension of an existing partnership of HMH and the UK Markey Cancer Center. In 2014, HMH joined the center’s affiliate network, which focuses on sharing new evidence-based findings and access to refer patients to clinical trials.

“The new Heart & Vascular Institute is a $1.25 million project that will improve the cardiology services that are offered to our patients,” says Sally Davenport, president and CEO, Ephraim McDowell Health. “Consolidating the two offices will be more convenient for our patients to see excellent doctors in close proximity to Ephraim McDowell Regional Medical Center.”

The new facility will offer office appointments, cardiac testing, cardiac and pulmonary rehabilitation, and management of venous disease including varicose veins. The anticipated date of opening for the new location is early May 2016.

Guardian Research Network is a national consortium of healthcare organizations that uses a sophisticated, unparalleled data collection and warehousing system to gather information on hundreds of thousands of patients. This data is evaluated with the most advanced healthcare research and analytic methods that result in bringing cutting-edge therapies specifically targeted to each patient’s cancer. Patients whose hospitals are participating with GRN will now have access to leading cancer treatment therapies close to home.

“Baptist Health is excited about the opportunity to be a member of the Guardian Research Network. Participation in GRN offers Baptist cancer patients a personalized approach to the care and treatment of their disease in their own communities,” said Timothy Jahn, MD, chief clinical officer of Baptist Health.