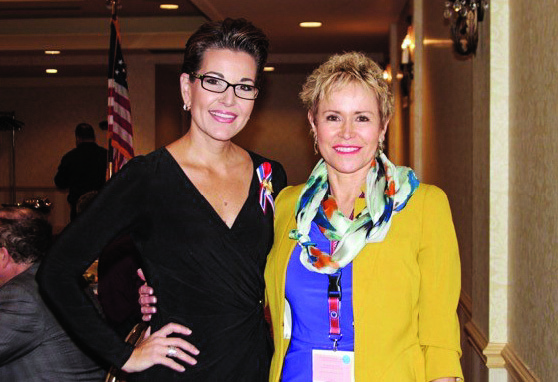 LOUISVILLE – The 20th Anniversary of the Doctors’ Ball, presented by the Jewish Hospital & St. Mary’s Foundation, a part of KentuckyOne Health, honoring physicians and medical and civic leaders, was held Saturday, October 17, 2015 at the Marriott Louisville Downtown. The 2015 Doctors’ Ball proceeds are going to help fund the new mobile cancer screening van for the James Graham Brown Cancer Center, which will screen for seven different cancers.

“Over 650 attended and $380,000 was raised at the 2015 Doctors’ Ball,” said Leslie Buddeke Smart, KentuckyOne Health vice president of development. “The Doctors’ Ball honors deserving individuals in our community who are improving the lives of the patients and families we serve every day through philanthropic support, education, research, service, and leadership. This year’s honorees are making a true difference in our community and around the globe.”

An Evening with the STARS Gala Honors Leaders

KentuckyOne Health Vice President of Development Leslie Buddeke Smart, CFRE, said, “I’m very grateful to the STARS Gala committee, who worked tirelessly to make this annual gala such a memorable evening. Over $1.3 million has been raised since its inception to help support our hospitals and patients. It was an inspiring evening to celebrate and honor our physicians and community leaders.”

LEXINGTON It was a busy and fact-filled night at the November 10, 2015 meeting of the Lexington Medical Society (LMS) at the Hilary J. Boone Center, University of Kentucky.

The Jack Trevey Award for Community Service was presented to Ardis D. Hoven, MD, past president of the AMA and LMS. Hoven said she feels she “has come full circle” following her career path through organized medicine leadership. She is once again involved in public health and infectious disease at the UK Department for Public Health while chairing the Council for World Medicine. “Get your flu shot, and make sure your staff gets theirs too,” she exhorted the gathering while accepting the award.

Details on the new Physician Wellness Program (PWP) developed by the LMS were discussed by Robert Granacher, MD, who along with Dr. John Patterson developed the PWP for LMS. The PWP is designed to provide physicians a safe harbor to address normal life difficulties in a confidential and professional environment. The PWP provides confidential counseling sessions for LMS active physician members with a local psychologist group. The PWP starts January 1, 2016, and the confidential appointment hotline is 1.800.350.6438.

Dr. Ralph Alvarado, KY State Senator-R, 28th District, gave an extensive preview of topics and bills coming up at the Kentucky Legislative session beginning in January, 2016. Alvarado, a family practice doctor in private practice in Fayette and Clark counties, said, “There was pent-up demand for bills dealing with medical issues after the 2015 year-long lay-off.”

Alvarado said he will introduce a “comprehensive smoking bill in the January 2016 session.” He declined to give details but said it will be stronger than the bill proposed in 2014. “The public is behind us now,” he said, citing a survey that 56 percent of Kentuckians favor smoking legislation.

Other topics Alvarado mentioned that may be addressed included: a bill that would limit the KBML and disallow maintenance of certification as a condition for maintaining Kentucky physician license; medical review panels and protection of hospital peer review; protecting an “I’m sorry” statement by doctors following a patient’s death from liability; adding drug convictions to KASPER reports; reigning in scope of practice and oversight of prescribing controlled drugs by nurse practitioners and physician assistants; and curtailing Medicaid fraud/waste and restructuring Medicaid by modeling Indiana’s Medicaid system, which requires all recipients to pay a premium, as little as a $1 per month for the poorest. “A dollar a month doesn’t sound like much,” said Alvarado, “but it’s a start for people to have some skin in the game of paying for their healthcare.”

“I take a common sense approach to healthcare and legislation,” Alvarado said. “And that includes keeping the physician as captain of the healthcare team.”

YES, Mamm! 5K Raises Funds for Mammograms for the Underserved

LOUISVILLE The Kentucky Counseling Association (KCA) Fall Conference was held on November 4–6 at the Crowne Plaza Hotel in Louisville. Heather French Henry, commissioner of the Kentucky Department of Veterans Affairs, addressed over 400 licensed professional clinical counselors at the conference as she continues to advocate for the healthcare needs of veterans. Jan Anderson, PsyD, LPCC, president of LifeWise Inc. and columnist for MD-UPDATE, also presented at the conference – Hooking Up is the New Dating: What You Need to Know About College Hookup Culture.

The KCA is a nonprofit professional organization with over 1300 members statewide and is an affiliate with the American Counseling Association.