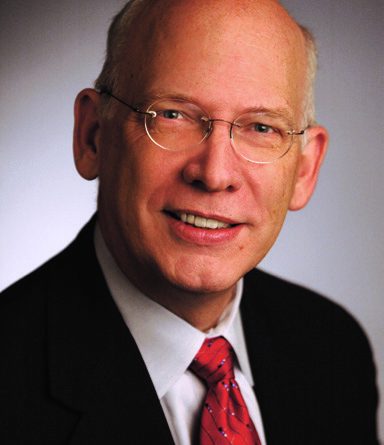 As of this writing, the stock market has just produced one of its worst quarters (Q3) in a very long time, followed by one of its best months (October). While it might appear to some that the correction of August – September was a non-event in light of the October rally, it is important to note that the Dow and the S&P 500 still are not back to their May highs. They both may break through to reach new highs and that could indeed be quite bullish, but the analysis for now reveals that the stock market rally could be in its final stages.

A few months ago I was perhaps a bit too casual in mentioning the five fundamental drivers of the extraordinary stock market growth during the period 1980–2014, and the outlook for the next decade. (You can find the column online at www.md-update.com). Or perhaps I wasn’t clear enough. I say this now because I have recently heard from a couple of readers who asked, “Isn’t there some stock investment that could simply be bought and forgotten about to fund my retirement, still some 10–15 years out?” My answer is that while buy-and-hold may not be completely dead, the strategy is certainly fraught with risk.

To review, the fundamental variables that drive the stock market are (1) the level of aggregate earnings as a share of GDP (a proxy for the rate of return on capital investment); (2) the growth rate of aggregate earnings; (3) the growth rate of earnings per share; (4) the level of interest rates; and (5) the magnitude of stock repurchases by companies. In short, with the exception of interest rates, the higher each of these variables, the higher the stock market. The inverse is true of interest rates. All five variables have been optimal for growth in the regime 1981–2014. Long time readers may question why I have not included GDP growth since I have extolled its virtue on numerous occasions. Note that the primary impact of GDP growth is accomplished through the growth rate of earnings.

The implication of this is not good for the future of the stock market. Mean-reversion is key in all these variables. There is little doubt in anybody’s mind about where both long-term and short-term interest rates are headed. Members of the Fed have become increasingly vocal about an impending rate hike on the short end. On long-dated bonds, the yield on the 30-year U.S. Treasury has been on the rise since January, when it bottomed at 2.2 percent. A slowdown in both earnings growth and earnings per share appears to be emerging. With three quarters of the S&P 500 companies reporting their third quarter earnings at this writing, corporate profits are down over 3 percent compared to a year ago. That represents the biggest year-over-year decline since 2009. The world’s economies all appear to be slowing in unison. It is important to note that mean reversion of these variables does not imply a crash in the markets nearly as much as it signifies a gradual and slow erosion of expected return. That is not to say that we are immune to crashes, for certainly they can be brought on by non-fundamental factors that belie prediction. Much more likely, the result will be a rate of return that is substantially below the long run return touted by those advisors who rely solely upon historical index data to build their models.

Sentiment or investor psychology is often looked to as a contrary indicator. The level of optimism in both individuals and money managers is seen to be downright alarming by some. Bullish Consensus performs a daily survey of advisors and analysts and finds that there are 65 percent bulls. Barrons Big Money poll reports an increase since April in money managers registering a bullish or very bullish sentiment. AAII, which measures sentiment on an individual level, saw the bullish percent break above average at the end of October. The percent of cash held by mutual fund managers has also declined to very low levels. Contrarians see all these factors as quite bearish.

Societally, the slowdown in wealth growth, if it occurs, could not be happening at a worse time. We know the demographics associated with retiring baby boomers. Couple that with the underfunding problem of public and private pension funds and the lack of real growth is exacerbated. So what can we, as individual investors, do?

If long-range plans have been built on an expected annual return greater than 6 percent, it is high time to re-run the plan. Stress-testing portfolios and financial plans are of paramount importance. Asset allocation is not the panacea for risk control that it once was believed to be. Protection of capital requires a deeper look at risk than simply attempting to reduce portfolio volatility. If the portfolio follows a buy-hold-and-rebalance strategy, it is perhaps time to consider a more robust trading strategy that can take advantage of market moves like we saw in August thru October. If the portfolio is invested in primarily passive investments, it may be time to consider those that are more actively managed. If the portfolio is long-only it may be time to consider the use of reverse index funds that go up while the market goes down. We will take up these topics in future issues. Stay tuned.

… WHILE BUY-AND-HOLD MAY NOT BE COMPLETELY DEAD, THE STRATEGY IS CERTAINLY FRAUGHT WITH RISK.

Scott Neal, is President of D. Scott Neal, Inc., a fee-only financial planning and investment advisory firm with offices in Lexington and Louisville. Write him at scott@dsneal.com or call 800-344-9098.